CHUBS OF THE BRISTOL 18 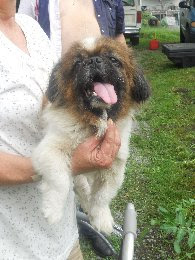 Chubs was one of the Bristol 18 dogs. Barbara took him into foster care and he never left. He joined Shadow, one of my previous foster dogs who was adopted in 2005. 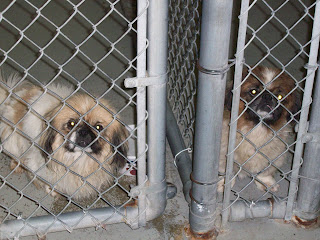 When we first got the Bristol 18, I called Romeo (now Romey) and Chubs (now Pablo), the "clowns" because they seemed to be so happy, in spite of all they had been through. They were just waiting, side by side, for someone to come love on them. 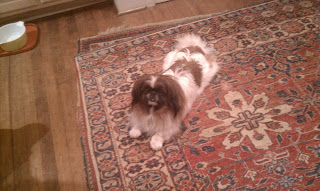 Pablo is a beauty-- he definitely has parti-color heritage in him. And his coat is beautiful. 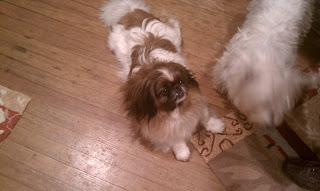 His mom says he becomes cuter and sassier everyday. He loves spring and going on walks. She says she thinks he's trying to hurt her, though, darting under her legs and attempting to be obedient. :-) 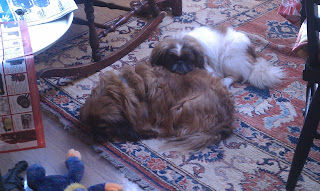 Here he is with Shadow-- they are so funny together. Their mom laughs at their antics all day long, as they try to figure out who will be the alpha dog. Neither one wins-- the "crazy terrier" who lives with them wins, as he prances and dances around them causing confusion and excitement. 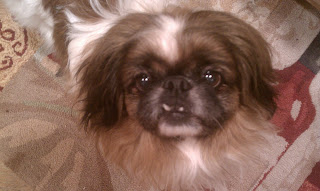 His furry friends there have embraced him and are teaching him how to behave. Who could get mad at this face, even when he is mischievous!! Not me! :-)
Posted by Linda at 5:00 AM

Those two are just lovely!!!

Pablo's coat is gorgeous! I love these happy endings!

They are all absolutely BEAUTIFUL boys!!

Hi Linda :) These two are so so cute! I found the cutest white baby Peke on petfinder but their adoption fee was $700. My heart dropped :(