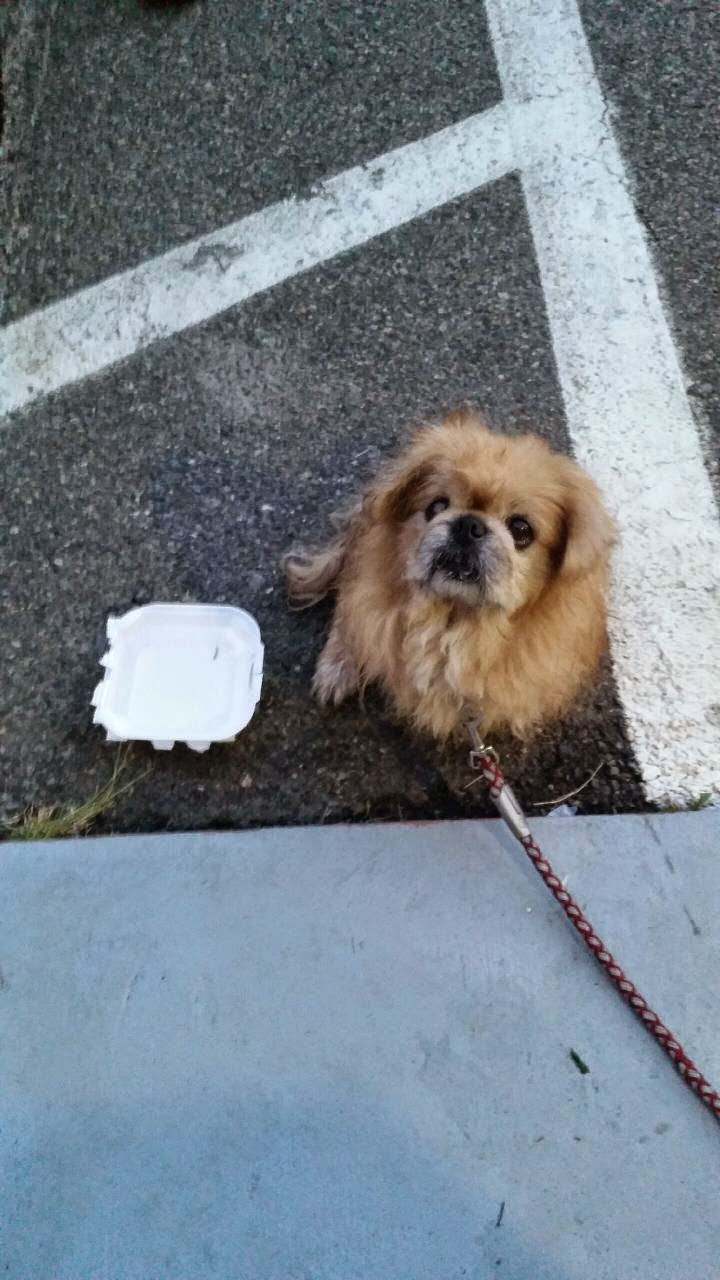 Here is Henry when he was found-- tied to a post in front of a store from 11:00 in the morning until 8:00 that night.    It was August, thank goodness, not super hot.    The store owners called animal control. 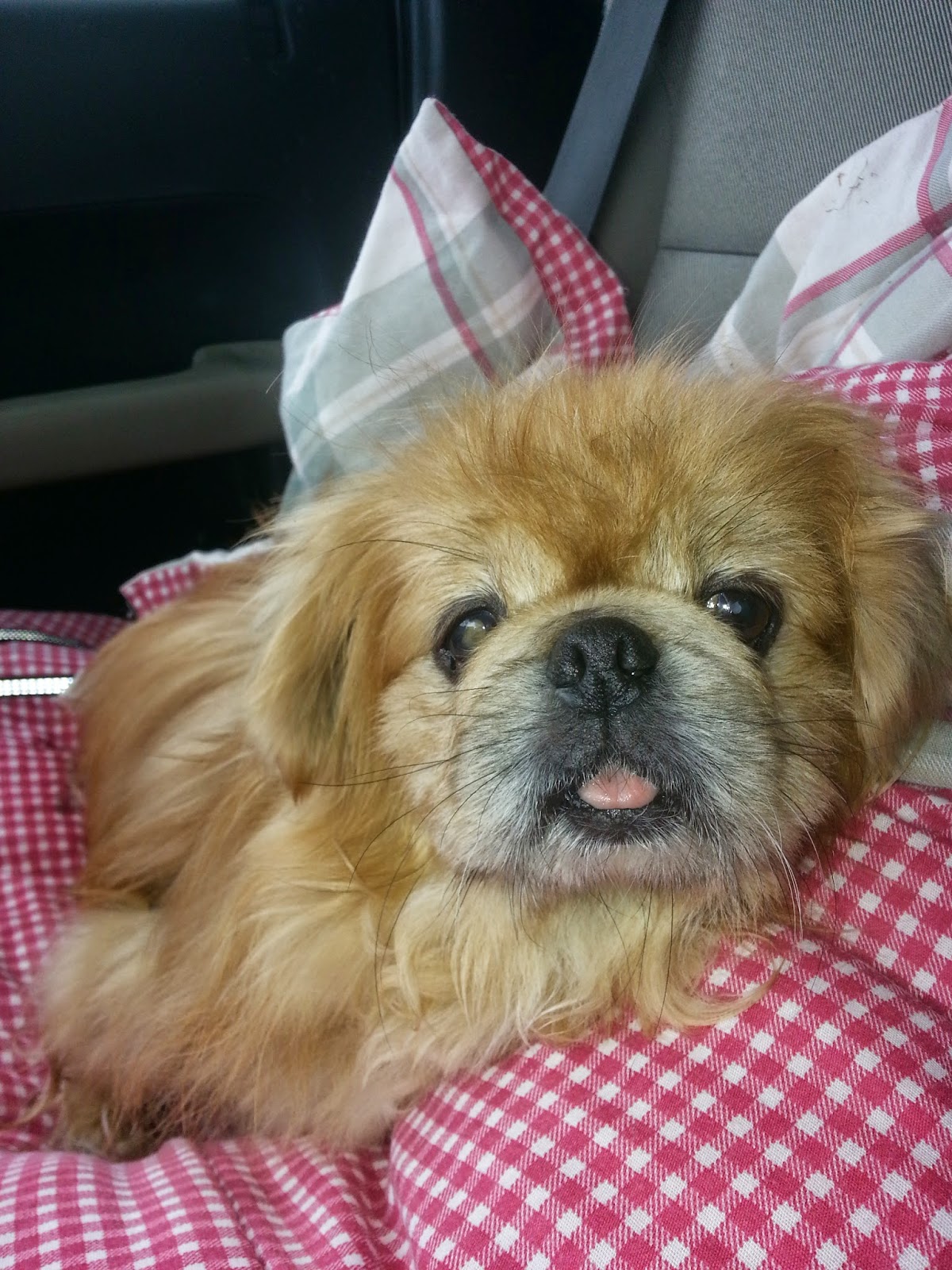 As luck would have it, animal control did not arrive.   But, someone was going out for a birthday dinner and she had on a rescue shirt.   The people in the store called to her. 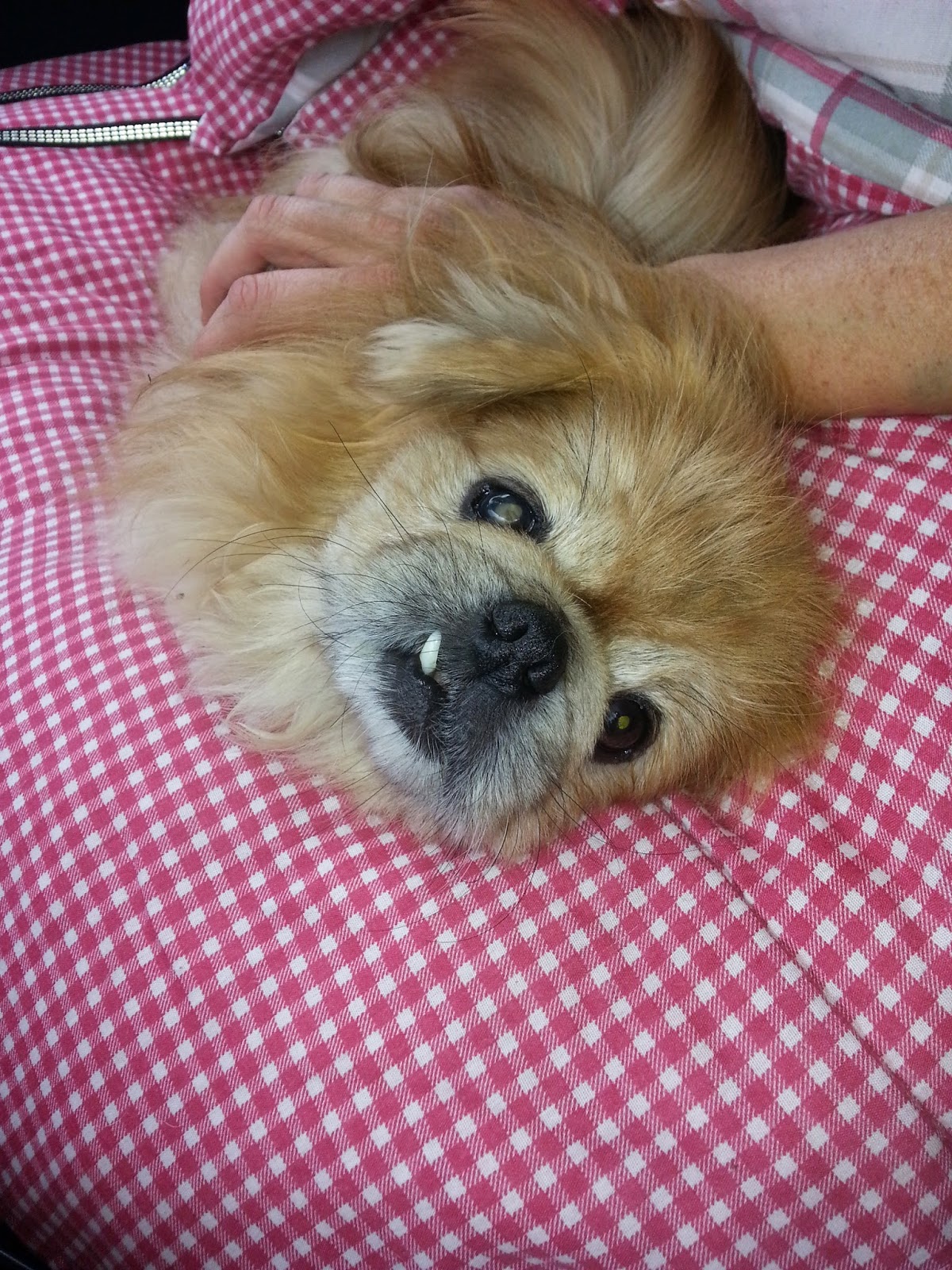 They told her how long he had been there.  They had seen someone tie him up, but thought they were just going into a store.   Nope-- they left him there. 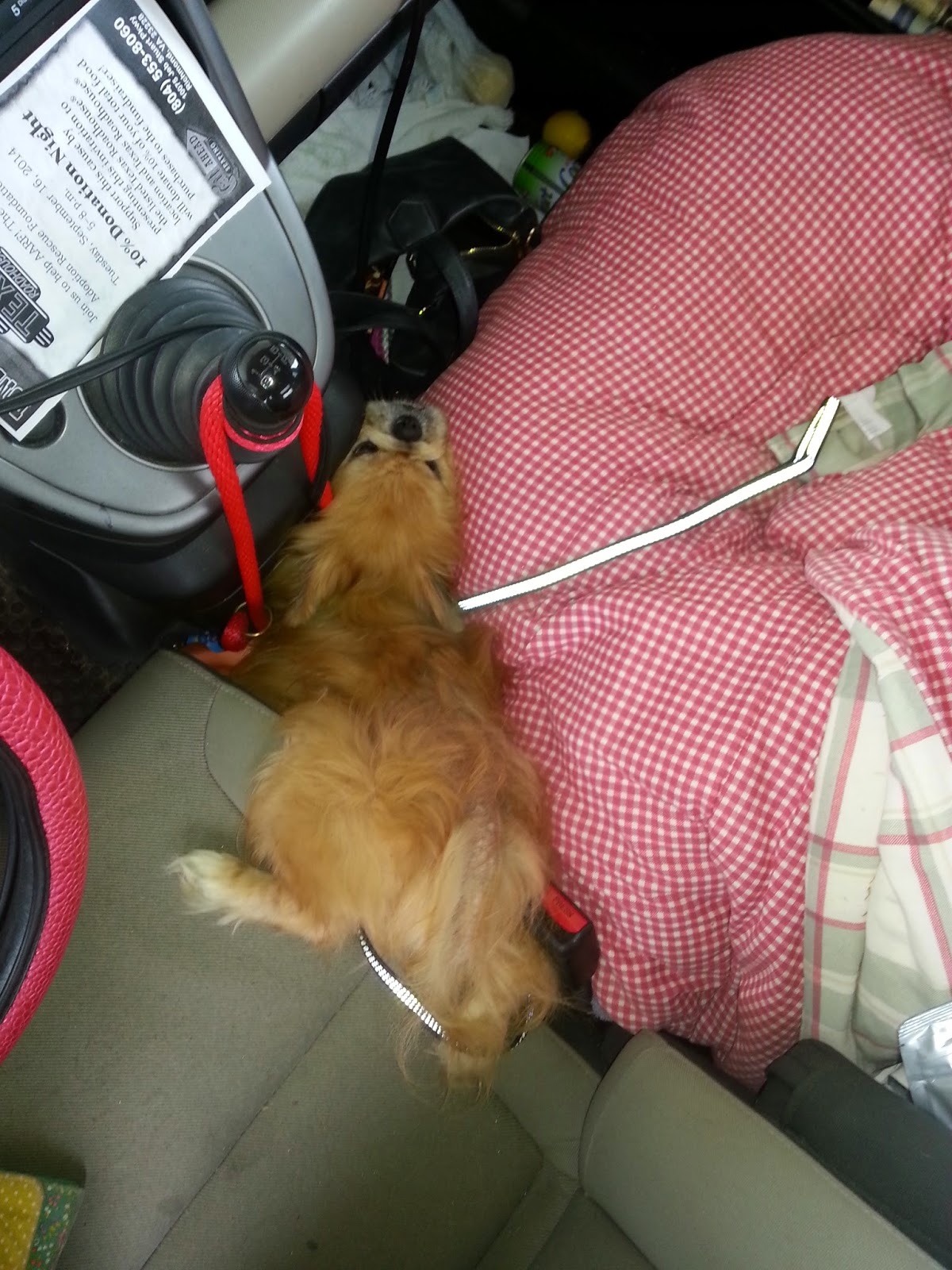 Henry was so happy to be saved!    And believe me, he needed to be saved. 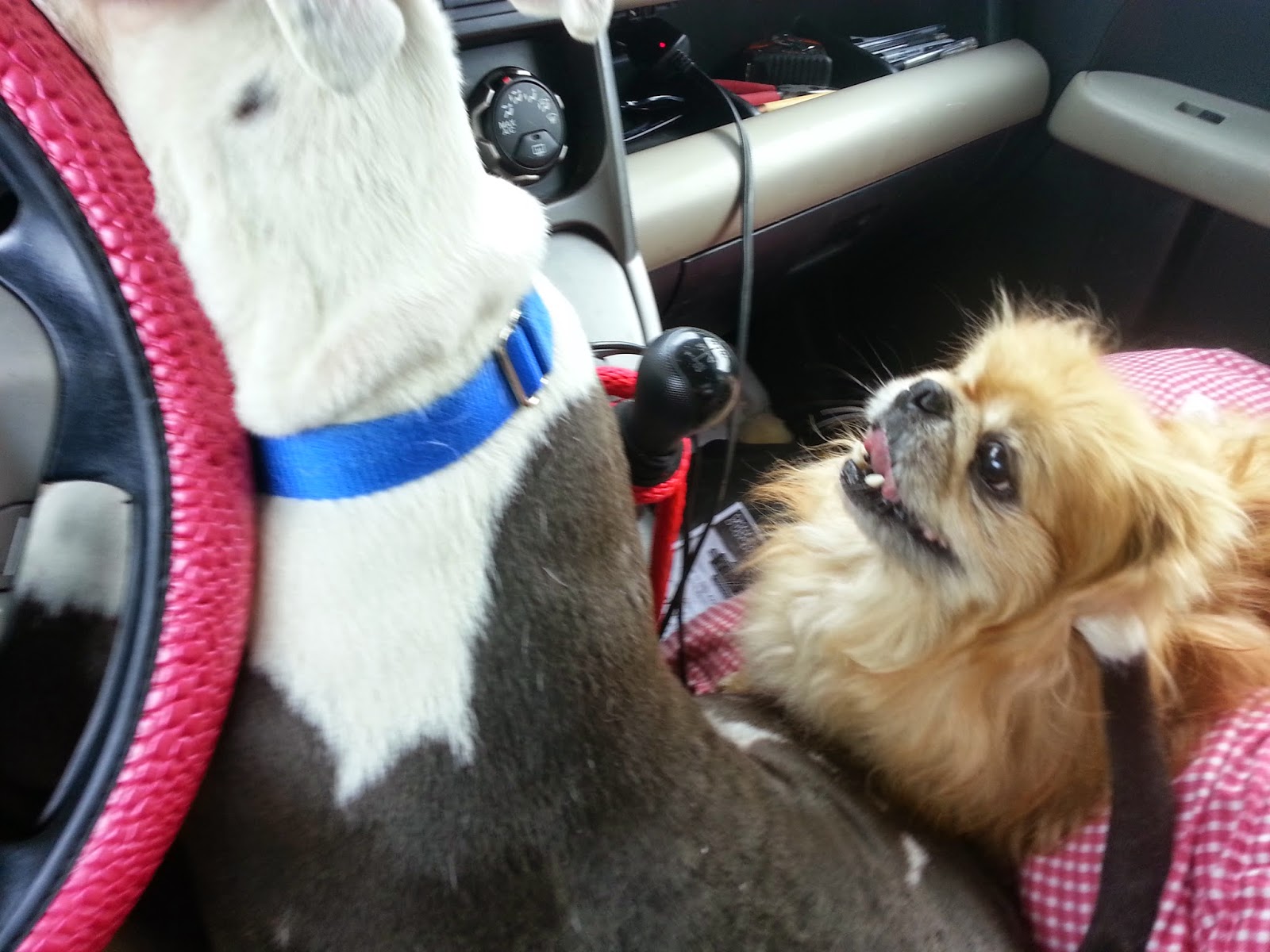 He was trying to make friends with the rescuer's Pit Bull named Nova.  Nova wanted nothing to do with this stinky, matted boy. 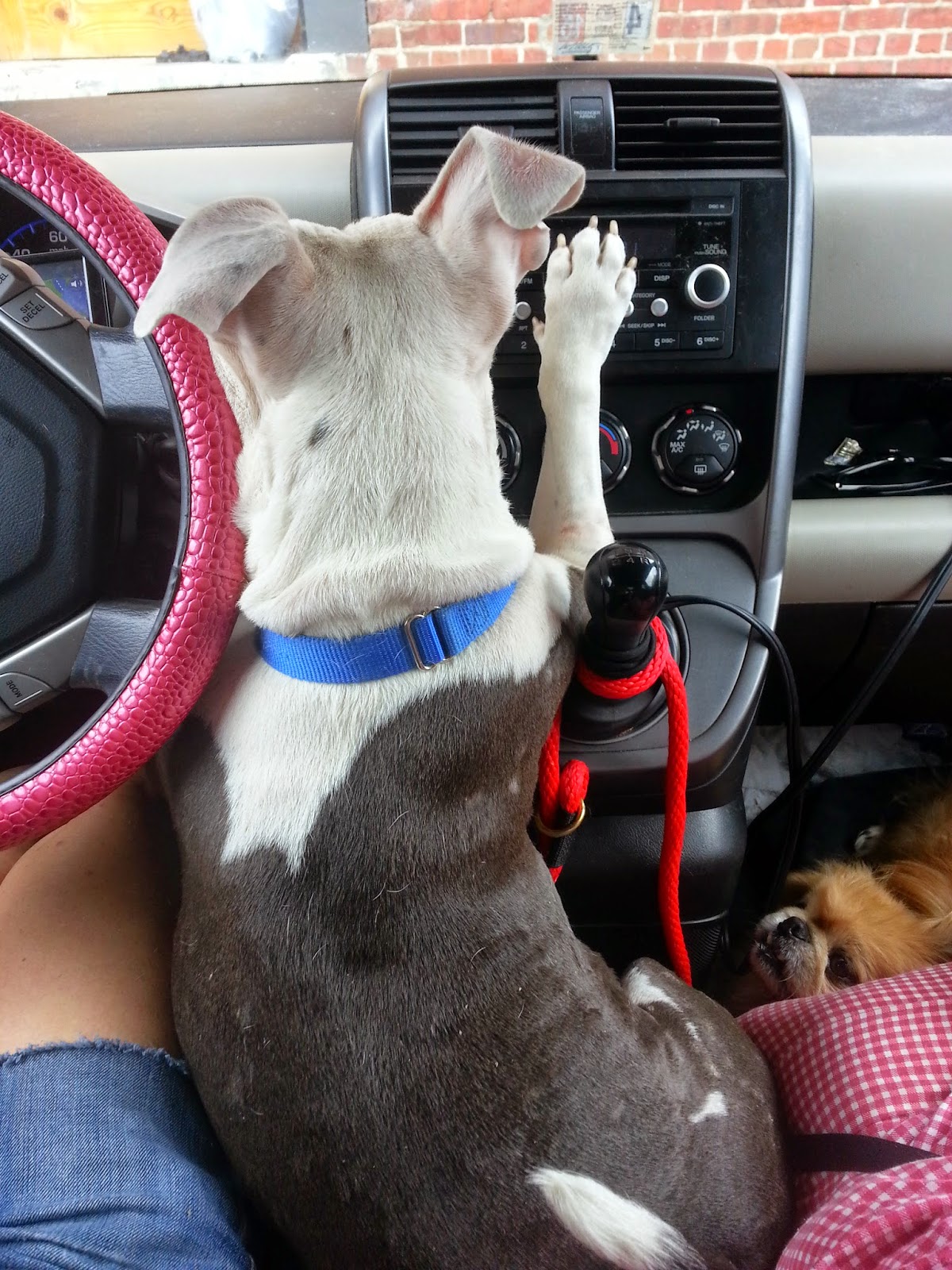 So, Nova wedged herself between the steering wheel and the shift.    Henry was looking up asking, "Don't you want to be my friend?" 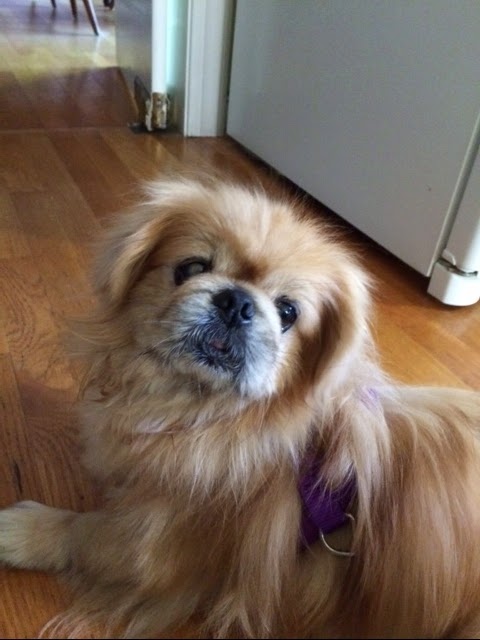 Henry was taken to the emergency vet, some of the mats were cut off.  His nails were totally curled under and they were trimmed some.   (You can't just trim nails short because they will bleed, so it has to be done a small amount at a time.) 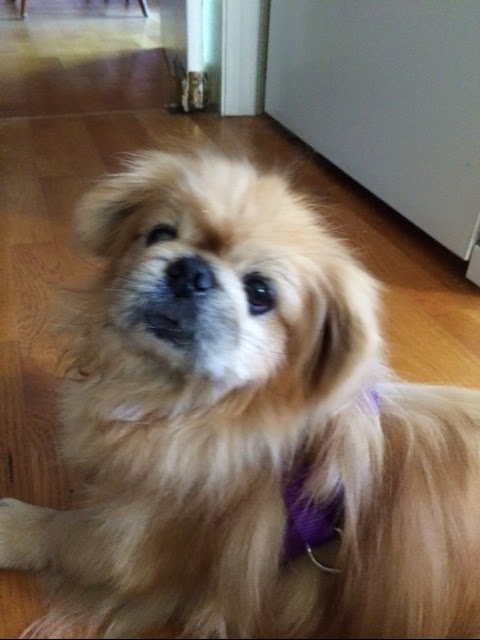 Henry was given a capstar (quick kill for fleas, short term, but it gives relief until more can be done). 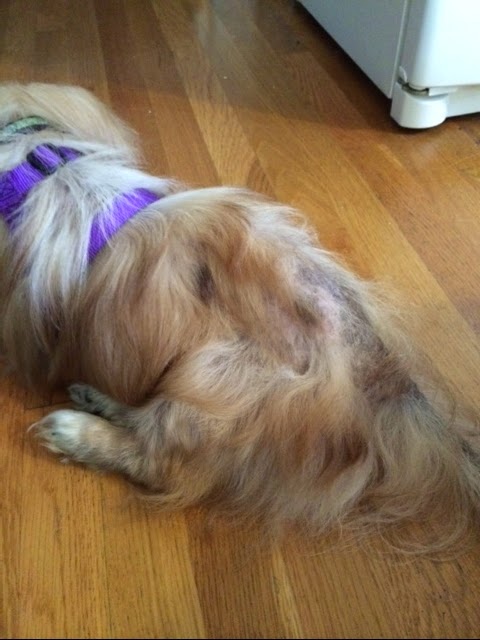 The fleas caused so much hair loss on his back.    He was given a bath-- 4-5 of them!   When a dog is in this horrific condition, it takes a long time to get all the smell out because it's embedded in the skin.    This was a terrible case of abuse/neglect.    He was also FULL of worms, so he was given a drontal.   Our vet saw him and he had a raging bladder infection, so he is now on antibiotics.    How can people let their dogs get into this condition???    I just don't get it-- never will.   NEGLECT!! 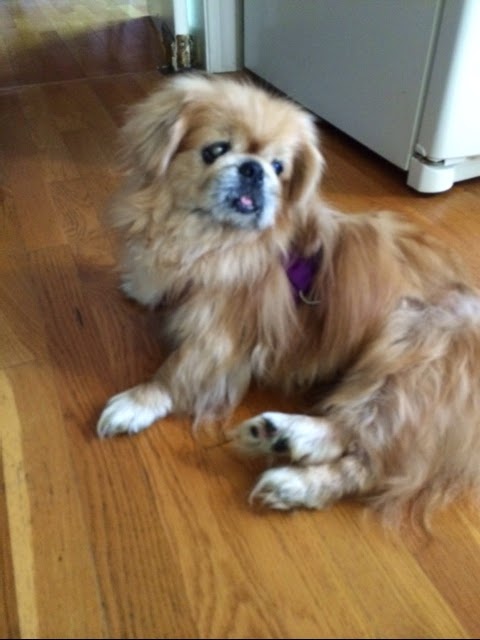 Henry wanted to be loved though.   He's older and sweet.    He will return to the vet this week for total vetting, bloodwork and vaccines. 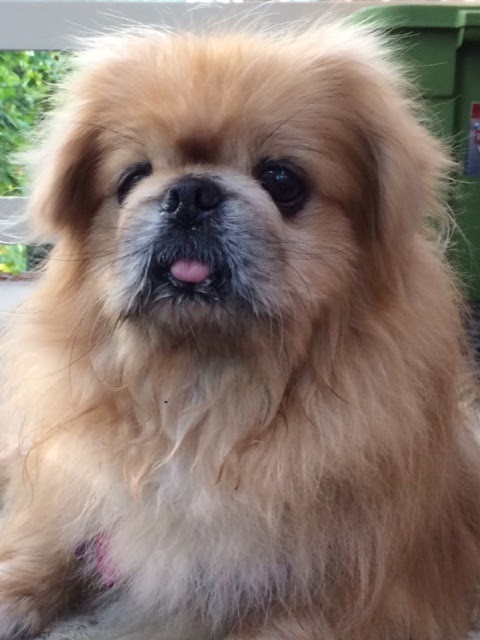 He is nice and clean and fluffy.   He is so grateful to be safe and fed and cared for.    He may be older, but so worth saving!
Posted by Linda at 1:00 AM

How I wish I could have Henry !

That old boy needs a loving home and if I was in the USA - I would have him in a second!

I am doing a big old Adoption Dance for sweet Henry.

He may be old but these old dogs have a lot of love to give !
***You have three girlfriends Henry in Australia giving you a big kiss :)

He is the sweetest boy, he stayed at my house until a permanent foster could be found. Someone will be completely loved it they take Henry home. I would have kept him but I have 4 pekes already. Potomac Pekes is a wonderful group for taking sweet Henry in. I know they will find him a home that won't neglect and hurt him. He deserves to be adored and I know that will be his fate. Hugs to you sweet Henry.

It breaks my heart to see one in such a condition.

He so reminds me of my Charlie who crossed the rainbow bridge over two years ago.

I so want to adopt him, but with five rescues already my wife would kill me.

Can you post how to help with his medical bills?

Oh my gosh! How did I not see this blog before. Love you guys! Little Miss Nova is a rescue / foster looking for a home as well. I was laughing at myself driving around with a Peke, never pictured my self as a small fluffy dog girl. This little guy stole my heart in a mater of 30 minutes. SOLD! Thank you so much again. :)