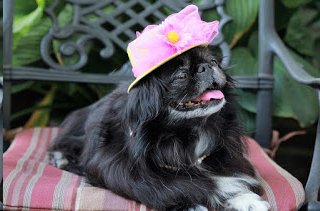 Tinsel came into rescue several years ago and was adopted and given a loving home. 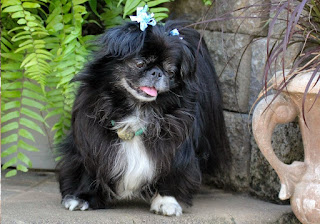 But, her adoptive mom became too ill to take care of her and she came back to rescue. 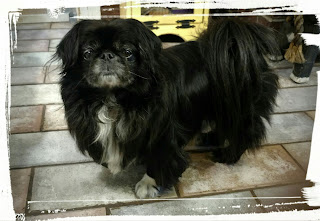 She fit right into Roger and Lucinda's home and they have decided to adopt her.   I know they do a lot of dressing up for Halloween, and I'm sure Desi will share an outfit with her. 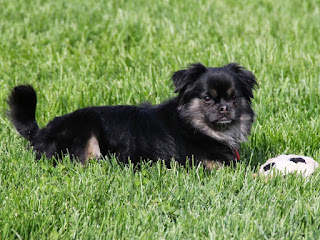 Monkey was put in a shelter several years ago after his owner died.   The family didn't want him and he had a very rough time adjusting to shelter life.  Most dogs have a hard time!   We brought him into rescue and he has been at Roger and Lucinda's.   He does fine most of the time with the dogs-- as long as the others behave (I hear you, Monkey!). 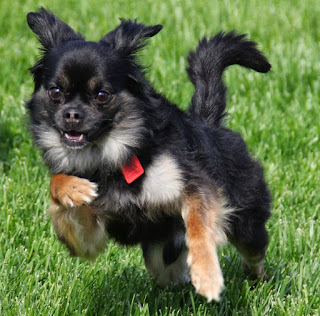 He jumps and plays and has a great time. 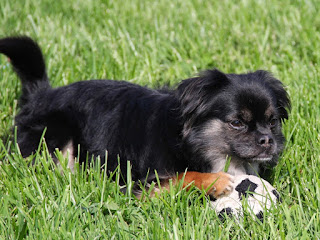 He looks like he is stalking something here-- or keeping his ball safe! 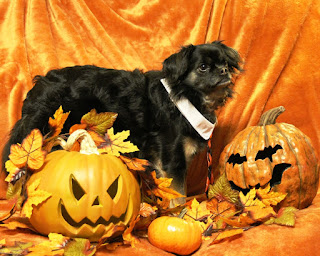 This was one of his Halloween pictures last year-- I wonder what he'll be dressed like this year.   Monkey and Tinsel are now permanent members of Desi's family-- and it doesn't get better than that!
Posted by Linda at 12:30 AM

No it does not get better than that Linda but ....... you do get the "hand me downs" from Desi's wardrobe! LOL