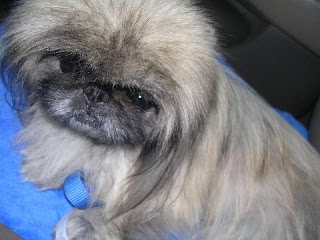 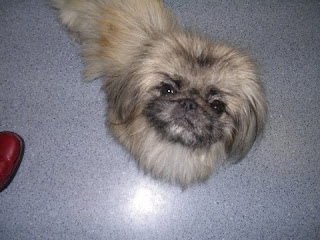 I got him out of a shelter near me, and he was covered in fleas. 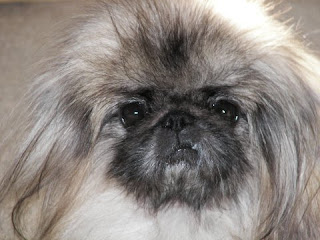 He was the sweetest thing, though, and his little face stole my heart. 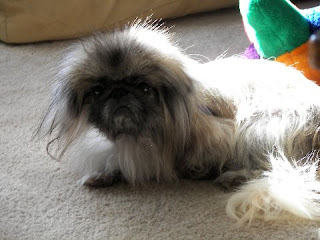 He was under 11 pounds, and needed to get healthy. 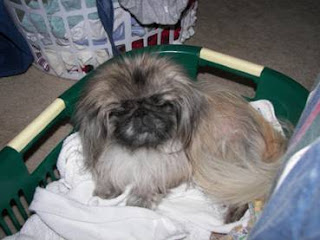 Like most Pekes, he thought laundry baskets were great!  A friend of mine, Kristi, fostered him. (His name was Snickers at the time-- I was going through a candy bar phase in naming them-- hence a Snickers, a Hershey..) 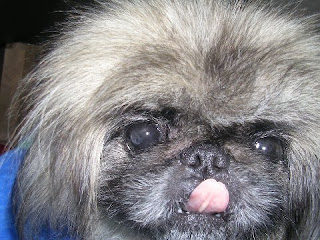 He was adopted, but then last year, his owner was unable to care for him anymore, so he came back to us.   He had been on a canned vegetarian diet.   DO NOT DO THIS.   It was killing him.   People can choose to be on a vegetarian diet, but Tucker's blood work, and his health were in horrible shape because of it.   In fact, he was so bad, that it was recommended that he be put down.   His foster moms wanted to wait and they tried everything they could to help him. 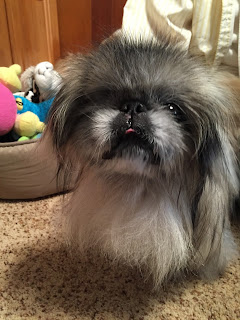 Tucker is now called a miracle boy.   He rallied, is eating great food now, and his last bloodwork was perfect!   He is at least 15, but he shows no sign of slowing down.   He will not leave his foster home because he loves it there and he fits right in! 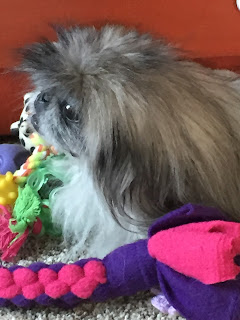 Thank you, Kay and Claretta, for giving this boy another chance-- for saving him.   He is a precious one!
Posted by Linda at 12:30 AM

Oh that Tucker is such a pretty boy ( he sort of reminds me of Moi Moi ) and you hear about veg diets for dogs but .... that is crazy. I am so glad his family were so determined for him to rally and what a fit and healthy guy he is now! Wonderful !!!!