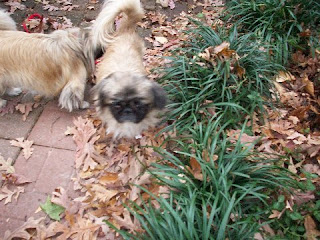 Sweet Clarence came into rescue in 2008.  He was an adorable 2 year old Peke in a shelter near me. 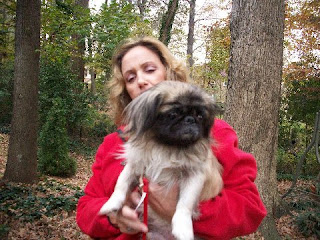 Kim picked him up from the shelter and fostered him-- and he never left.   He was perfect! 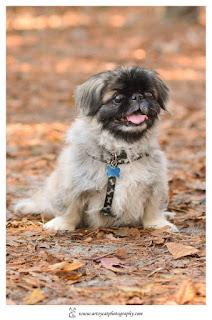 He is 13 now-- hard to believe.    His mom noticed he was not doing well last fall.  So, she took him to the vet and after tests, they found he had Lyme Disease. 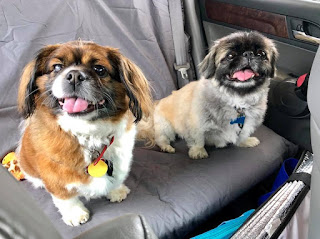 Clarence is with one of my great adopters, along with his brother Princeton.  They have all the care and medical treatment that is needed.  Every year they have a heartworm test done.  But, a tick panel is something different. 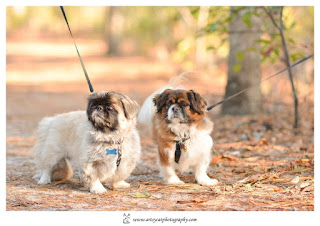 I do 4DX panels on all my dogs (and fosters) every year.  It checks not only for heartworms, but also for tick diseases:  ehrlichiosis, Lyme disease and anaplasmosis.   Lyme disease is one of the most common tick diseases-- and Clarence had it.  His mom asked me to let people know that they should ask for the 4DX panel-- because it tests for more.   I never thought to blog on it, but now I am.   What are some of the symptoms?  Here you go:
lameness, lack of energy, depression, lack of appetite.  Later there can be damage to the kidney, heart and nervous system.   Kim noticed that Clarence was not full of energy, but after all, he was older.  However, now that he has had treatment, he is a new dog. 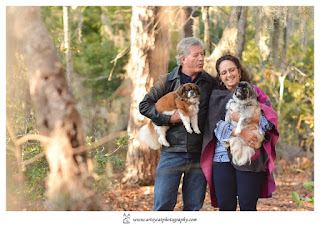 So, when you have your yearly visit (and I hope all of you do at least that), have the 4DX panel done instead of just a heartworm test.   It will ease your mind, and help your dog if needed.   Here's more information:
Lyme Disease in Dogs | petMD
Posted by Linda at 12:30 AM

Ticks were not in my state of Victoria, Australia (well, they do say some have been found in country Victoria - yuk ! )
There are some medications for Flea and Tick prevention ... I do not need to use it (as yet) I do hope those darn ticks stay up in the north of Australia !
I always check Yum Yum all the same.

I wish we had known this twelve years ago when our little Black Lab, Ladybug came to us after someone dropped her off covered in ticks and fleas. We cleaned her up because she was covered in ticks and fleas as well. We started her on tick and flea prevention immediately and took her to our vet for the important shots because she was only about 6 months old and we knew she had never had any care.

Eight years flew by before she began to have seizures and organ failure and left us after a blood clot in her brain.

Oh Lost Earring ... that is just terrible. So sorry.