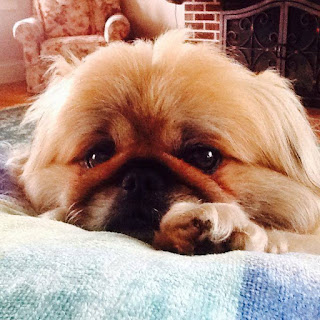 Sunny came into rescue two years ago.   He is a beautiful Peke.  Like Paddington, he had big eye folds-- they are adorable looking, but can cause eye issues like scarring and pigmentation.   So, he had nasal fold surgery to remove them, and he had a dental. 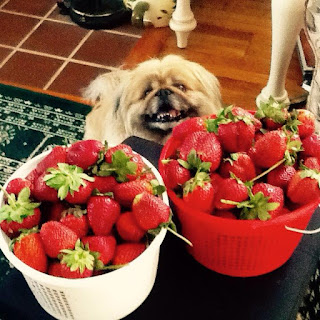 Before the surgery, he was checking out strawberries-- yum!   No cone yet, but... 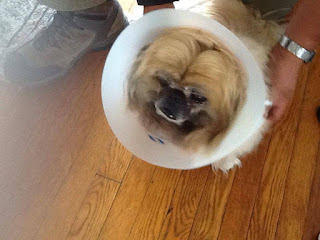 Then, he had to wear the hated e-collar/cone for two weeks.  Oh, no! 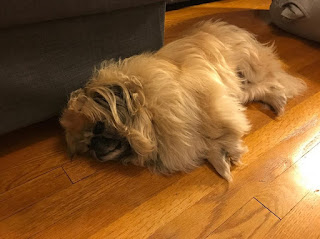 He recovered well, and he went to the picnic where he met his new family.  They had an approved application and were Peke lovers.   Off he went to his new home. 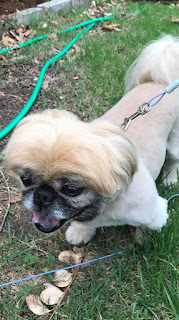 Summer came and he got a puppy cut. 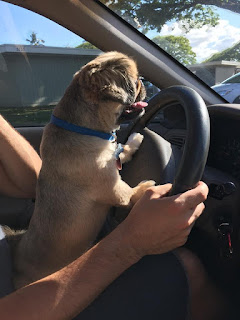 He had a new brother, Chip-- does Chip know how to drive!? 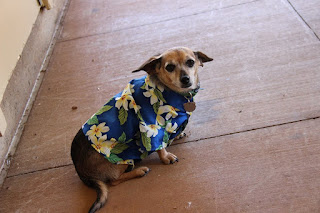 Small Fry was also his new brother.  They used to live in Hawaii, so he had on his Hawaiian shirt. 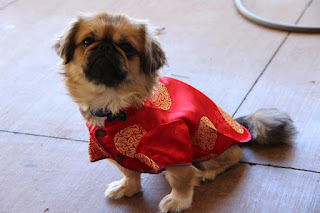 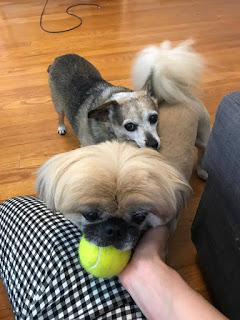 They all became friends and Sunny (formerly Mugsy) became an important member of the family. 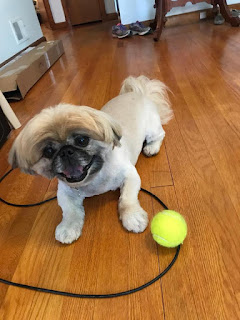 He is so happy there! 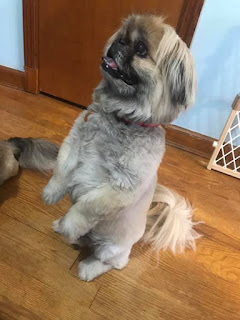 His mom found out that he knew how to sit up. 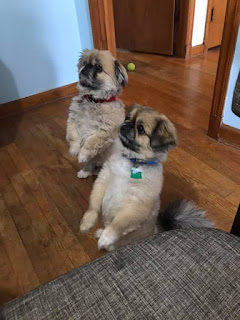 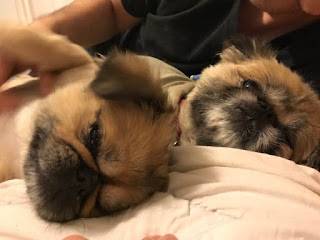 There's nothing better than a rescue dog who finds a wonderful home!!
Posted by Linda at 12:30 AM

They are all adorable and I do like Small Fry's shirt !!!

There's nothing better than a happy adoption story unless of course, it is a Foster Failure story. I love both kinds of those stories.