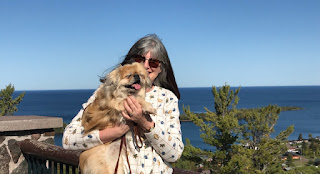 My friend used to live in Virginia but now she lives in Michigan-- and it's beautiful there! She sent me a story on Ted's new life in the woods.  Here we go! 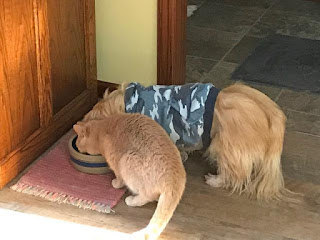 Ted is taking to his life now as a “farm dog”.  He’s never been afraid to get wet or muddy, thanks to his early upbringing with the Bernese Mountain Dogs.  He still hates to get food smeared on his face, like his cat brethren have influenced him, but we all have our flaws. 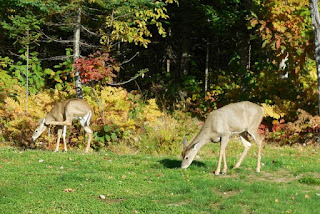 In spite of his “tricky” knees, Ted is always eager to traipse down a deer trail and inhale all those wonderful smells.  He’d rather go to the vet clinic (to pick up his meds or cats’ food), so he can hopefully meet some nice dog and smell allllll those smells! 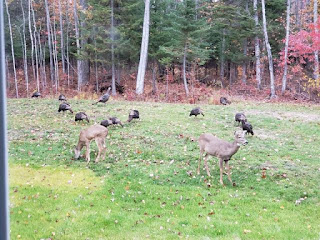 But out here in the woods, there are no other dogs, deer and turkey comings & goings are a close second.  (Thankfully the wolves don’t come close around the house!) 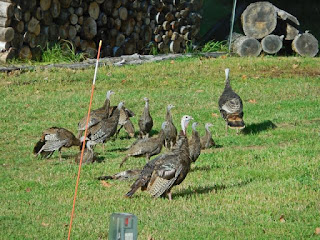 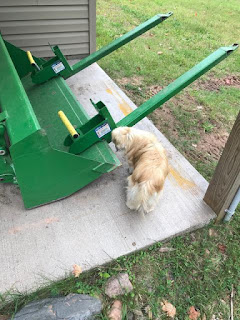 When Ted’s dad started chopping & stacking firewood late this summer/early fall, Ted was happy to supervise.  These forks have to come off of here first, Dad! 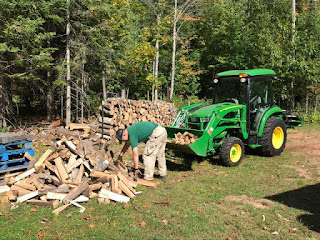 Ted convinced his dad that he would need help driving the wood around from behind the barn to the front porch of the barn. 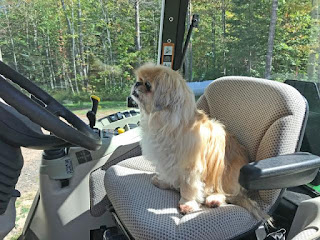 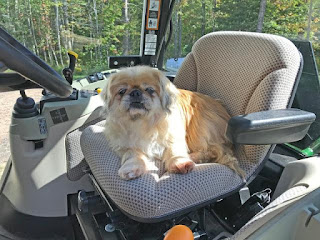 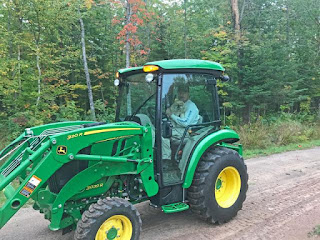 He convinced Dad to drive him down the driveway (about 100 yards), so Dad could get the mail and Ted could do some sniffing & peeing. 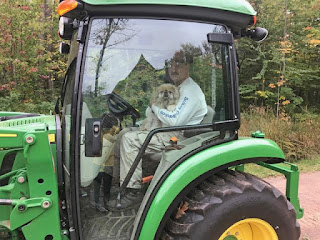 He thought his dad was doing a good job with the firewood. 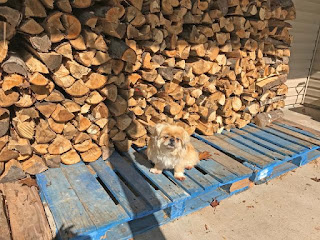 He was also thinking about how the chipmunks & little red squirrels like to hide in the wood, and he likes to watch them & dream of catching one. 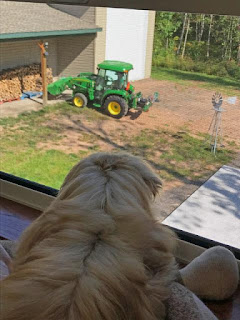 "Hey Dad-- there's room for more down there."   Ted decided to supervise from a warm spot. 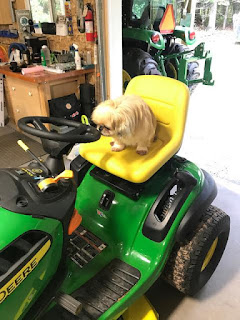 Ted is not as impressed with the little tractor, but he agreed to help me out with these photos. 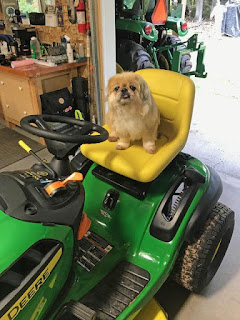 His mom thought this flag looked like Ted.  (I have the same flag!) 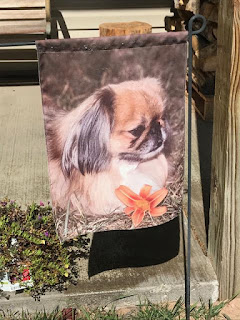 All the colors reminded Ted's mom that Michigan is called "God's Country." 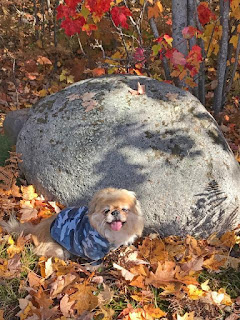 It was a beautiful fall all over the area. 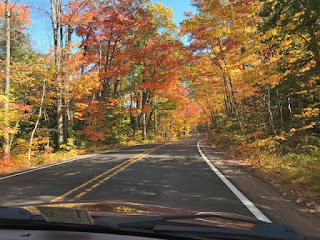 Ted must have been holding the camera to take pictures. 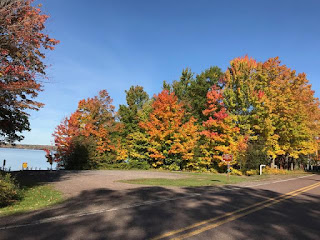 Ted is a good sport and he enjoys his outdoor farm chores more, 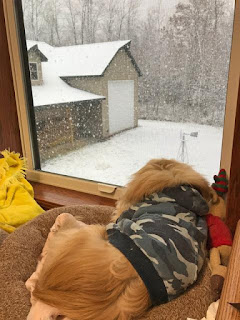 He will support me here in my craft room, when I am scrap booking or stamping/card making (he’s in the cubby I keep empty just for him). 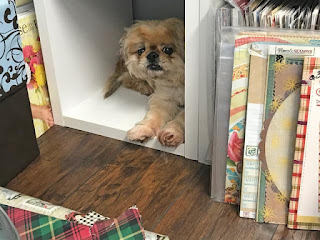 He also helps his mom in her craft room-- he has a cubby she keeps empty just for him.  Ted is going to have a fabulous, snowy Christmas!!
Posted by Linda at 9:03 AM

We've got more than a foot of snow now and Ted has to have special paths/areas shoveled (or use the snow blower) so he can actually move around out there, cuz its only gonna get deeper! But he's still game for trying to track the deer & doesn't understand why we won't clear off all the deer trails, too, so he can really go sniff them out. He'll be 14 next week and hasn't slowed down much yet!

Oh Ted........ your new home is wonderful ... what beautiful autumn trees, snow and all those deer and turkeys!!!
You will never be bored there Ted!!! Too much to see and smell :)

What an upper this story of Ted is and exactly when a happy rescue story features a little Pekingese living the life of being loved and cared for. What fun be is having with Mom and Dad.