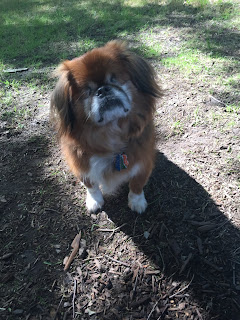 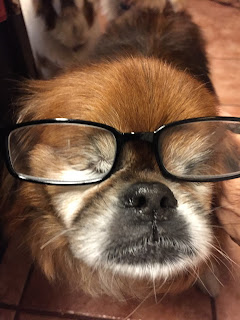 He had eyes then, but cataracts and glaucoma meant he lost them both-- he lets me have a sense of humor with him.  (Someone once asked me if he could see-- I said, "he has no eyes."  They responded, "So, he can't see?"  Nope, here's your sign.) 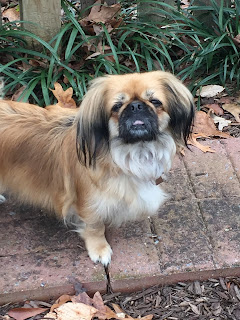 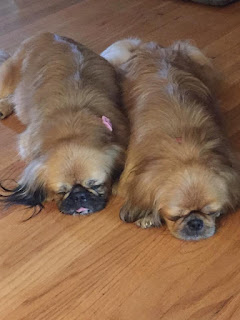 She and her sister, BeeBee were so attached to each other. 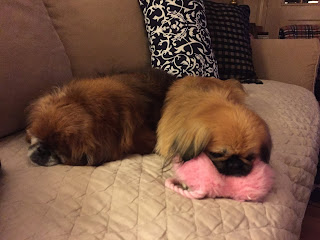 But, after BeeBee died in August from IMHA, Nala seemed to find comfort being near Kai Kai-- and her pink purse. 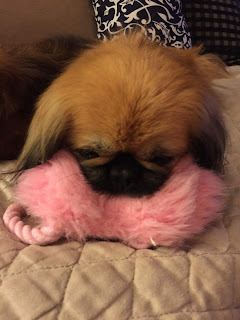 The pink purse has others standing by to help-- but THIS pink purse is her very favorite, ragged that it is. 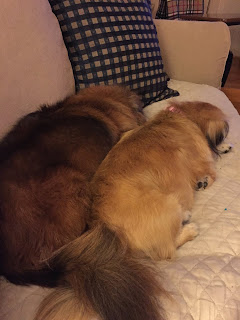 I have to put Kai Kai on the couch when I'm sitting there-- he can't jump or climb since his stroke last March.  But, he sure can snuggle! 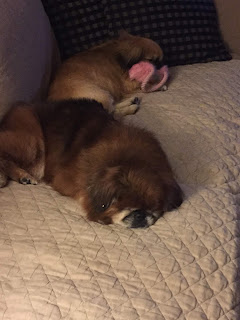 Nala will jump up and stay near him-- usually touching him somehow. 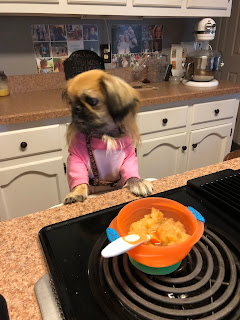 That is, unless she is trying to steal food. 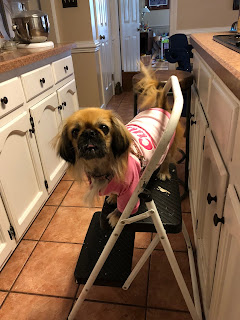 How she can climb a step stool is beyond me. 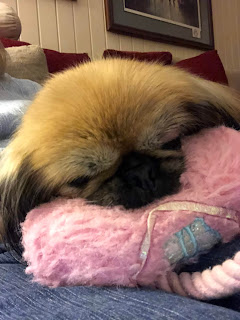 And then, it's back to her pink purse.   She is resting more as she continues her fight with seizures, and IMHA and demodex.  It's a big struggle, but her happy spirit is still there. 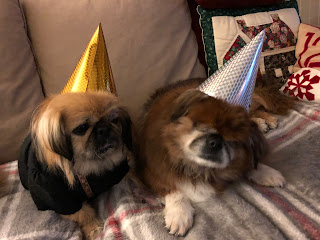 Since they are often together, I let them be my New Year's Pekes. 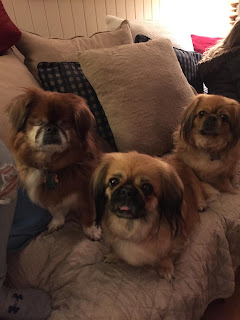 Even when BeeBee was alive, Kai Kai was often with them. 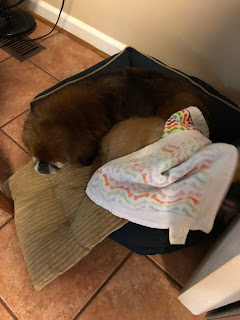 He is happy to share a bed with Nala-- even when she is hiding. 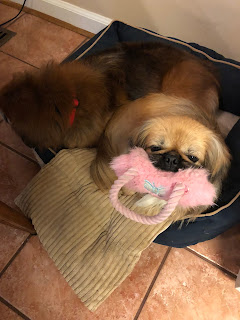 I knew that pink purse was under there. 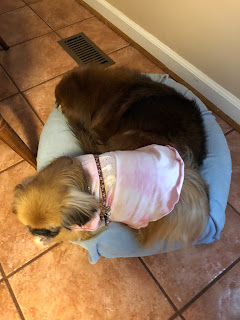 We go into the New Year, and they continue to spend time together. 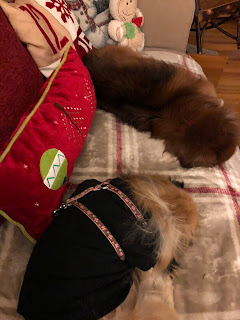 At Christmas, they shared the couch with Christmas pillows, but there was still room for both of them. 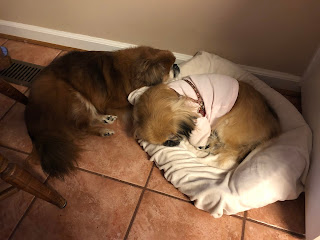 I wonder.... if Nala thinks her pink purse is her sister in spirit?

I love every day of this Blog but today it was so heart warming and loving that I'm almost in tears. Not sad tears, although both Nala and Kai Kai suffer from serious disabilities, their Herculean efforts to enjoy their little lives is so heart warming to me.