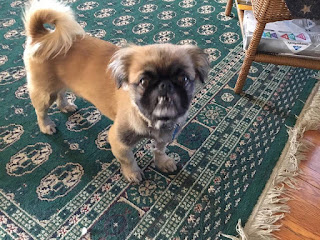 Waldo came into rescue in December.   He had been in a rough situation. 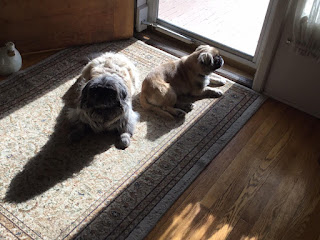 He wasn't neutered, so he wanted to be boss. 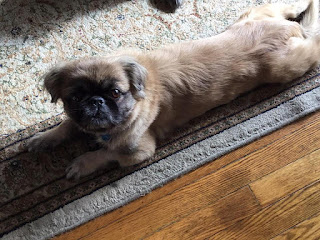 We took care of that, and now that the hormones are leaving, he's doing better haha.  He had been through something though, so he needed time to decompress. 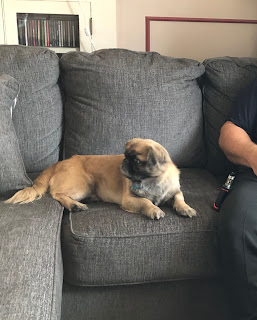 He did just that with Marian and Jim. 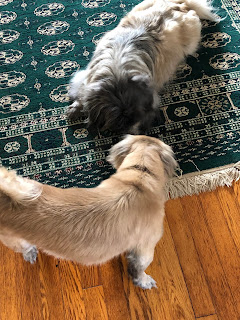 He had someone who wanted to meet him.  They came on Saturday. 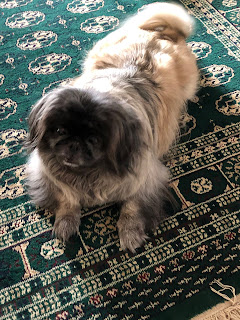 Marian's dog Mr. Winnie (aka the clown) was there and entertained us. 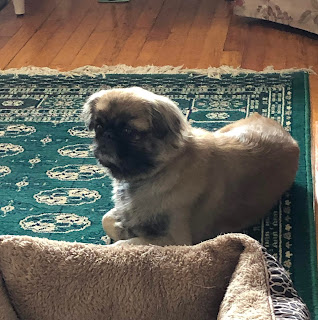 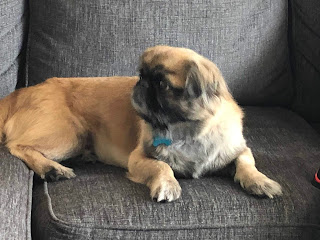 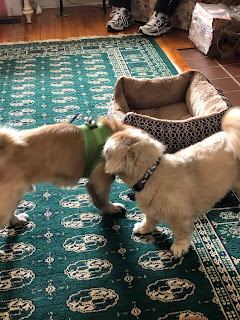 They sniffed each other. 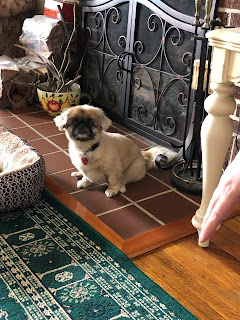 And Wendy Lou sat watching us. 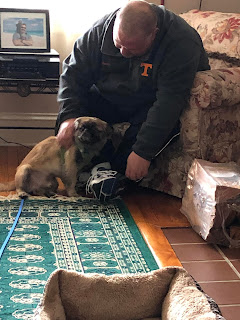 Waldo did so well-- he's come so far since he's been in a stable environment with lots of love.  I'm so proud of him!!
Posted by Linda at 12:30 AM

It takes a little time when I dog has been through so much but Waldo is looking fine Linda!

Strangely enough I woke up thinking about rescues and what their story was when they came into rescue. Each and every rescue has a story of some sort and our 3 adopted rescues all had different background stories.

Our Bandit came from a very abusive family situation and while he's been with us for 5 years now, he's just now coming into his trusting nature and true personality. He's funny and playful where before he was scared of everything and hid a lot of times. He was so skinny and just pecked at his food since he was fearful and wouldn't drink or eat when anyone or anything was near him. Now after 5 year he has put on some weight and eats with gusto. It makes my heart sing watching his personality finally coming out in the open.

Our girl Willow has a mixed background since she was rescued from a puppy mill and adopted by a woman but didn't warm up to the woman and was turned back in. Now she has her "Daddy" who she adores and Momma who she tolerates in a sweet way. It took almost 4 years before she would give me a kiss freely. But her Daddy is her life.

Then there's Mercer Meyer who was abandoned in Chicago with the owner not wanting him back so he lived on the street for some time. He was scarred from fights with bigger homeless dogs, always hungry so he ate as fast as possible and was used to foraging in the garbage for food to eat. He's a little scrapper who was used to defending himself and he had no real socializing skills but settled in immediately with our other two Furs. He no long forages in the garbage but still marks unless we keep a close eye on him. He is a little thief who would steal things and hide them under the bed, he still nurses on his bed or a favorite blanket and he's still not entirely ready to obey commands...sit, stay, come and the usual commands and NO means nothing to him. I love him dearly because he is always ready to come kiss and make up after his little snits.

So many rescues and so many stories brought to us by people who spend so much time and money rescuing the unfortunates from their previous bad lives, bringing them back to health and helping them to trust a human again. We owe rescuers a lot in so many ways.

We are so excited to bring Waldo to his furever home!!! We fell in love with him at first sight!