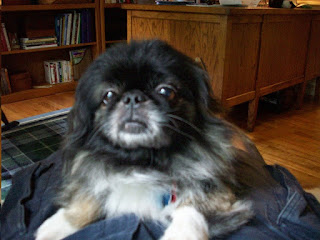 Cami Bear was adopted in 2013 and last September, his owner asked if we would care for him if something happened to her.   She even sent me an email with her information/contacts.  I didn't think I'd ever need it.  But, I was contacted on Monday that she had passed away and Cami Bear needed us. 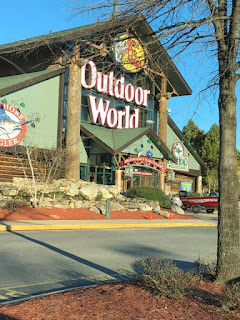 Three people were involved in transporting him.  I was number 3 and we met at Bass Pro Shops. 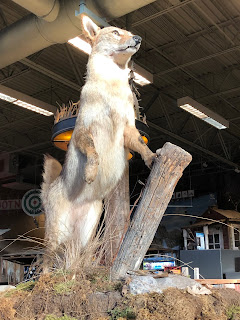 I was a little early, so I thought, "What's here?"  For all of you who love Bass Pro Shops, it's very impressive!   Wild animals all over! 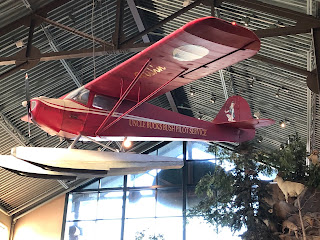 An airplane was hanging from the ceiling.   I saw bears, wolves, rabbits... 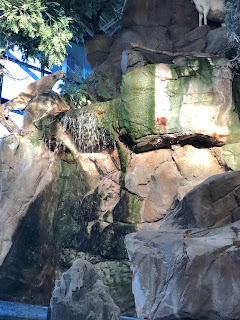 And there was a waterfall. 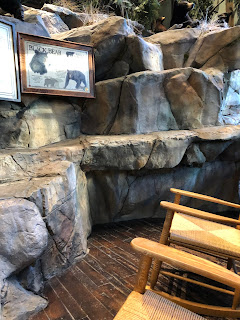 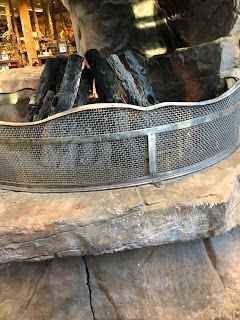 So, I sat in front of the fireplace while I waited. 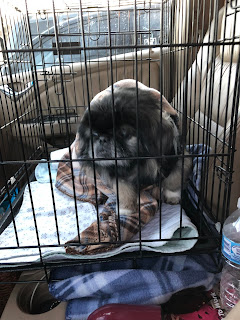 I got Cami and put a sweater on him to keep him warm.   He was nervous, and it was a damp day, so I wanted to make sure he was okay.  He was wrapped in a blanket before that. 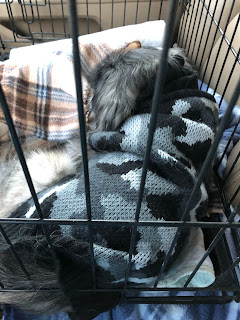 He wanted to be on my lap, but I kept him in the crate beside me where he could see me. 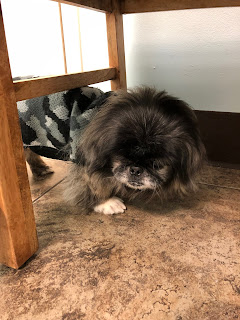 He was coughing a lot, so I took him to the vet on the way home.  I wanted to make sure he wasn't contagious. 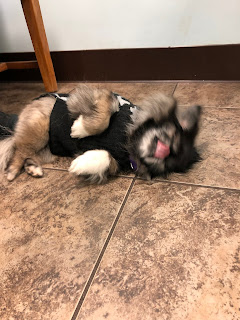 He rolled around and was held while we waited. 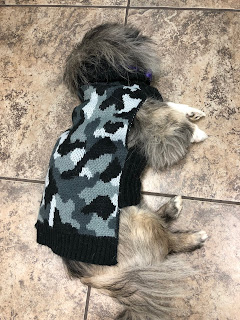 I wish it had been "just a cold" but we found out he has an enlarged heart and it is pressing on his trachea.   He is a tiny thing, only 9 1/2 pounds.    His bloodwork is good, though, so with medicine (enalapril), he will be with us awhile. 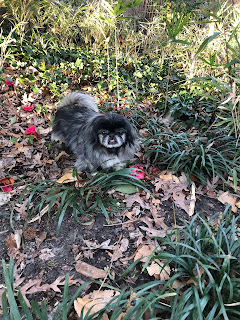 He's so small that I followed him closely in the yard. 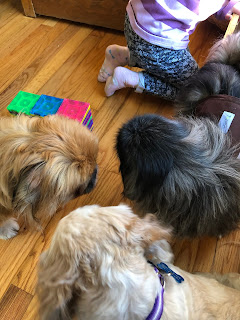 He met the others here and they all liked each other.  He is a laid back little boy. 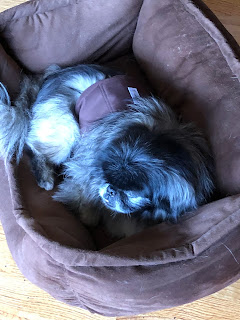 He decided to check out Max's bed-- a big bed and a little dog. 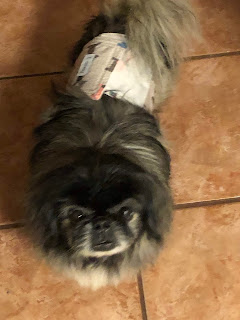 Cami Bear is about 12, and we will take care of him.   Most people wouldn't want to take on a dog with heart issues.  So, while he's here, I'm going to love on him and enjoy him.   He's a precious little one.  Welcome back to rescue, Cami Bear.
Posted by Linda at 12:30 AM

Sweet little Cami Bear had a pretty bad few days lately and the greatest of all miracles has happened for him....a stable home with plenty of company and new things for him to interact with and help him forget his recent loss of a loving home.

Another baby for us to check up on at Linda's house.

WOW what a gorgeous little man