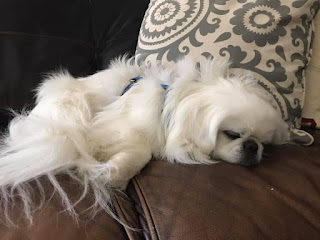 Granger came into rescue in April of 2016.   He came in with his dad, Kacey, and several others. 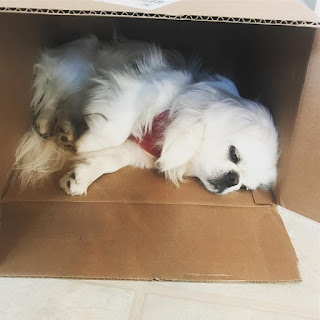 He was adopted by my daughter, so I have almost daily updates on his antics.  He has toys all over, but does he want them-- no.  He LOVES boxes though. 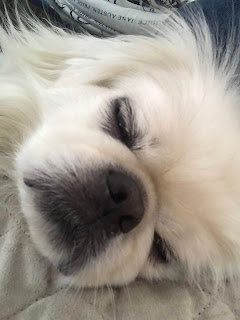 I saw him a few weeks ago-- and this is normal for him.  That is, unless he's outside where he can chase birds, skate on ice (yes, he tried that in his back yard) or go on long walks. 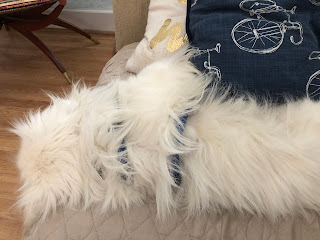 When I was there, he looked like an electric wire had touched him LOL. 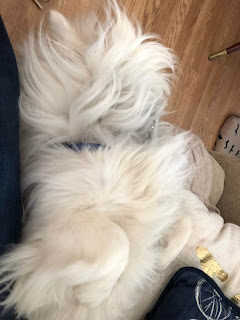 And he was on the couch, with his head slowly sliding off the edge. 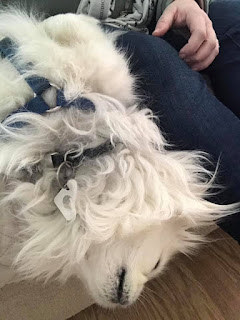 Grangers, you're about to go overboard. Look out!   He didn't listen-- he fell off anyway.   It didn't bother him at all, he just slept on the floor. 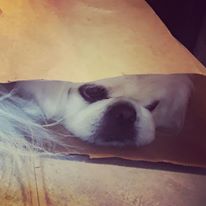 Did I mention he likes boxes-- well, he likes paper bags later, so grocery shopping day is his favorite.   You silly boy!!
Posted by Linda at 12:30 AM

Granger is such a beautiful Snow Peke!!!

Oh my gosh, what a little sweetie he is and we're familiar with the head hanging thing with our Queen Willow.

She also likes to climb into boxes or bags.