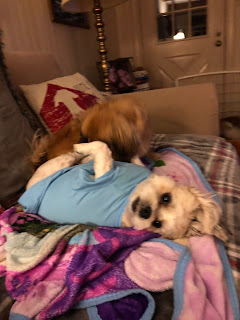 I have "only" Pekes in my house-- okay, Piper isn't a Peke, but he's cute and he was Paddington's best friend.  So, we made an exception. 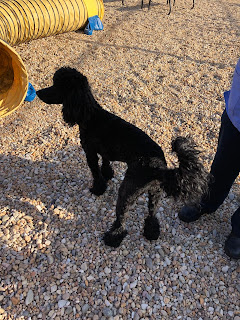 Yesterday, my friend called me from a shelter I love working with. 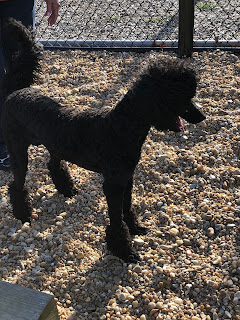 A 9 month old AKC Standard Poodle had been turned in and they wanted to know if I knew a Poodle rescue.   My mind went into high gear.   (Okay, so my mind is in high gear a lot-- after all, Sugar Bit is here a lot haha.) 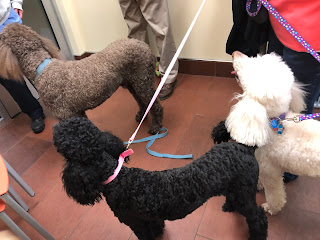 I had a friend who had two beautiful Standard Poodles, so I called her to see if she knew anyone looking for one. 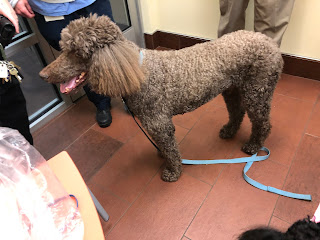 She was actually looking for a new one.  Her Bailey needed a friend. 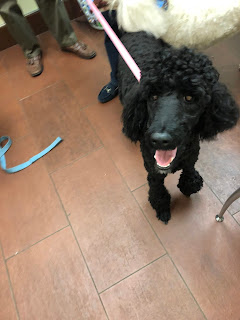 So, off we both went to the shelter.  We met Faith there. 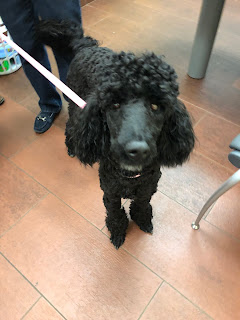 Faith could only go to rescue, so guess what.  Faith became a Pekingese for ten minutes and then was adopted by my friend. 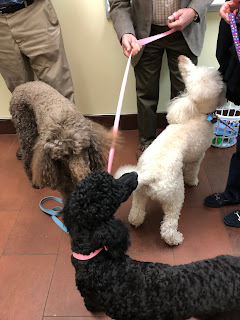 She met her new brother and sister.  And then off she went, to her new home. 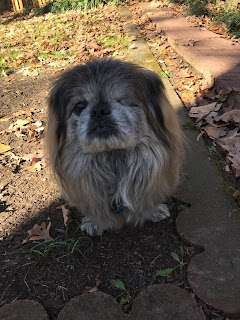 I came back home, smiling because another dog had a new home.   My Max gave me a talking to.  He thought I was bringing a big dog home!  😀 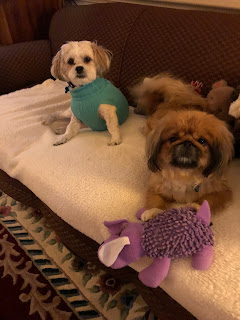 Piper was asking, "What were you thinking?"   LOL 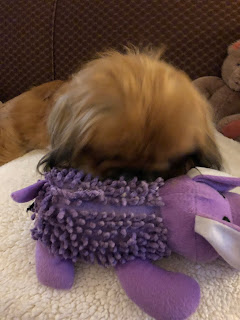 Paddington didn't care.  He just wanted to play with his toy.  It was a good rescue day!
Posted by Linda at 7:31 AM

OMG Love this story and The Ten Minute Peke is now a classic part of Potomac's history.

Better to be a Peke for only 10 mins than never be a Peke at all ! lol

So glad you found that beautiful Poodle a new home.