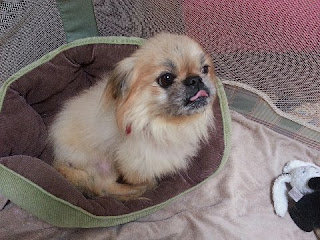 Cappi came into rescue in 2013, with wounds on both legs.  At first we thought they were bites, but it could have been from a crate that was too small.   The same wound type was on both back legs.   Like many we get, he needed better nutrition, and medical care-- and lots of emotional care. 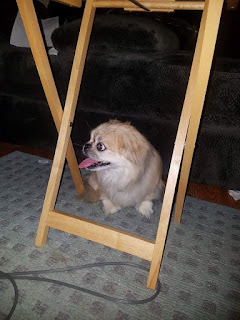 He was nervous but with Monica and her husband, he found security and hope. 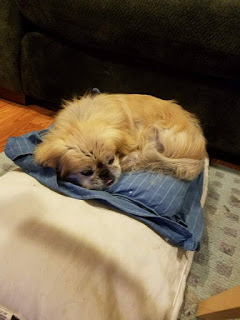 He was adopted by Angela after we realized he needed to be the only dog and to be where there were only adults. 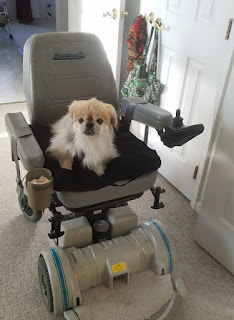 He lives with her and her parents-- there's a wheelchair there, and Cappi says, "I can use it, too." 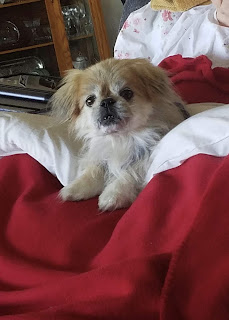 But, he'd rather use it when someone is in it to hold him.   That's the best! 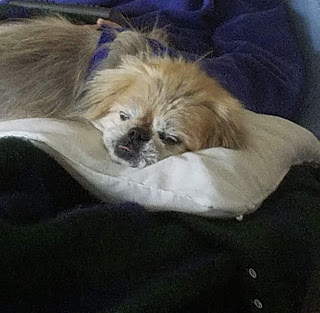 He found another lap to nap on, too. 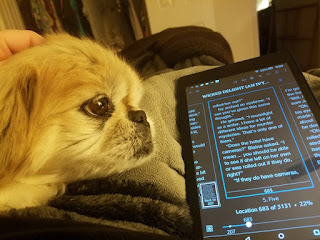 He helps his mom read-- it's amazing what Pekes can do!  Their intelligence boggles me! 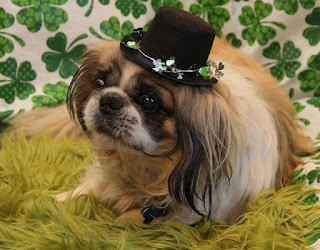 He's 13-15 now-- we guessed his age when he came into rescue.  But, he is a contented and happy boy with his family.   And that is what rescue is about!

Dear little Cappi .... what a lovely life he finally has !
It has made my day .

I'm in love with Cappi after just one look at his photo and reading his story. What a great home he found with someone to love him and provide security for him.