Max and His Ball 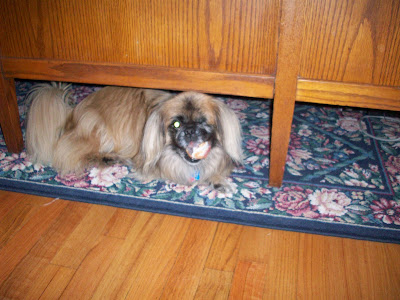 Remember Max and the New Desk? He always has his ball with him. 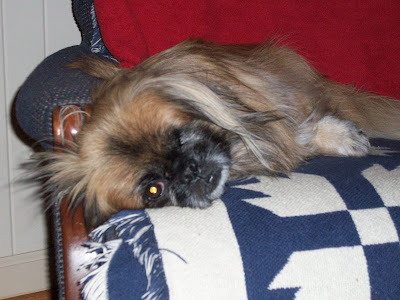 Well, almost always. Sometimes, he does need to take a break! 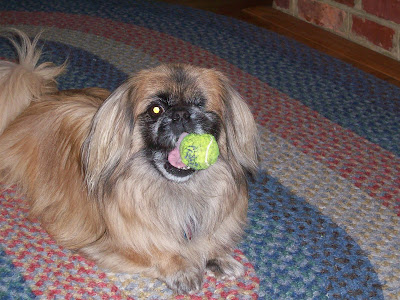 But, most of the time, it's right there in his mouth! He has yellow ones, green ones, reed ones-- he doesn't care what color they are.

Max is toy aggressive. If he has a ball, it's his. If another dog has a ball, it's still his. He will just take the toy, wag his tail and trot off. Max just took the tennis ball from Starlight-- she almost NEVER plays with a tennis ball. BOY, she let out a fuss! From the below the desk area haha. Even though Max is toy aggressive, but no one will challenge him which is GREAT. No one here cares-- except Starlight. Starlight just yells at the injustice of it! And she came to me to let me know just how unfair it was! She is now behind me on the chair. Poor Starlight. 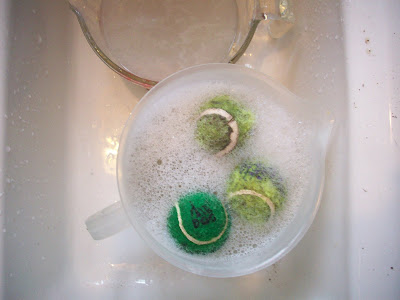 And of course, the balls all get washed. Sometimes, in a big soapy container of water. And sometimes, I just throw them in the washing machine with the rest of the toys and towels and dog blankets. Have to keep some of the germs at bay!
Posted by Linda at 7:00 AM

Max and Shami would get along great! Both love balls, and are never without one in their mouth!

Poor Miss Starlight :( The only thing Lulu fights over is her bed(s).

Funny story! Sisqo loves toys and often takes one outside and brings it back in when finished. Mocha and Sisqo are rivals, so Mocha "sneaks" Sisqo's toys outside and leaves them there. We're convinced he does it on purpose to bug Sisqo.