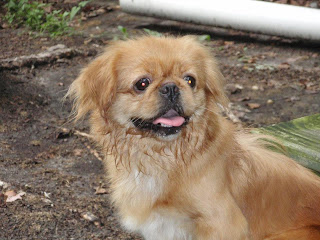 This little beauty is Stella. She came to us as an owner turn-in. Her name was Stella Raye, but I sometimes call her Stella Bella. :-) 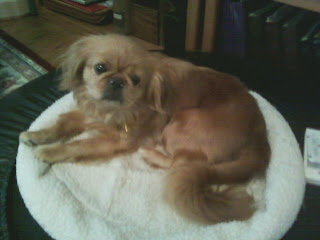 She's at my house-- this isn't a great picture, but wanted to use it anyway. She found a spot on the mini-trampoline to veg out while I was on the computer. 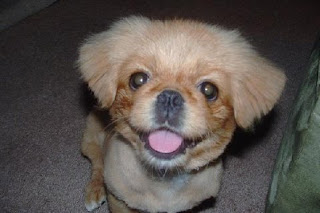 This is a puppy picture of her-- she's a happy dog. 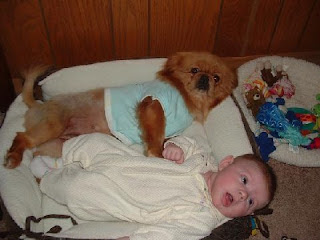 She was the "baby" and then her family had a baby. Stella had been dressed up and taken pictures of..... 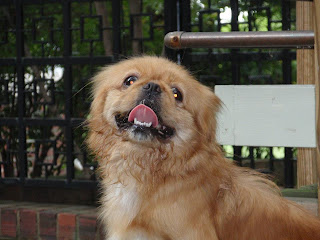 And then one day, she wasn't the baby anymore. (The owners said one of their children was very allergic to her.) She was put in the garage and yard instead of the house. She was covered in fleas and thin when we got her. You could tell she was wondering what happened to her life as a treasured pet. 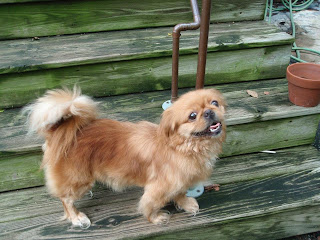 Well, she is being treasured again! 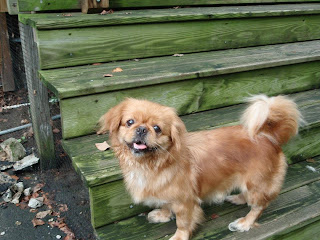 She stayed at Jeanne's for a bit and then came to my house. 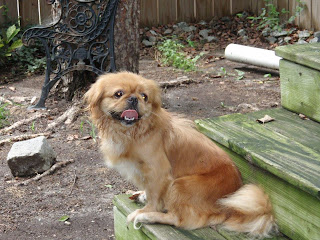 We're working on housetraining since she forgot while she was left in the garage and yard. She will use piddle pads inside if she needs to go and she is learning that is the best place other than outside. Her owners told us she was piddle pad trained when they had her, so we are giving her that option. She is using them less and less as we go outside often. 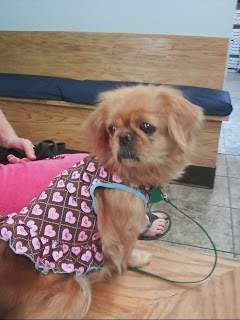 She wore one of her outfits to the vet and was quite a hit there. Don't tell Desi that Stella has one of the same outfits that Desi has! 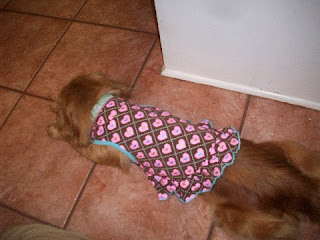 After the vet, she came home and took a nap. She will be six years old this month and weighs about 13 pounds. She loves children and is wonderful with my grandson. If you are interested in this sweet one, just email us at potomacpekes@gmail.com She is being fostered in Virginia Beach.

So - they put Stella and not the baby in the corner!