Have you ever tried to wrap presents with your dogs helping?   Mine usually step on the paper and just get in the way, but here is a humorous account of one person's wrapping experience. 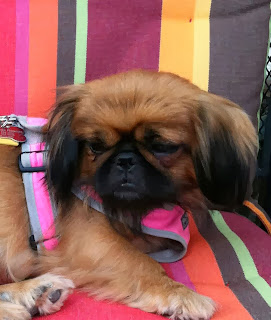 1. Gather presents, boxes, paper, tape, etc. in middle of the floor.
2. Get tape back from puppy. (Cici above) 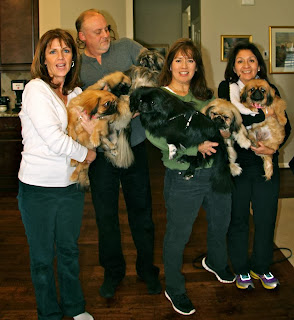 5. Take puppy out of box.
6. Remove tape from older dog’s mouth. (Cici, Miki and their puppies) 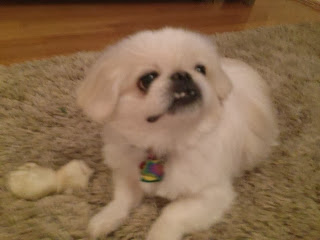 7. Beg puppy to quit barking at the roll of wrapping paper.
8. Put present in box.  (Connor) 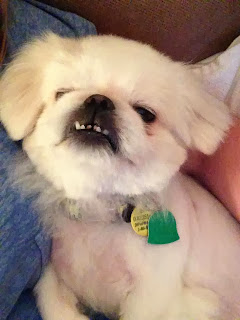 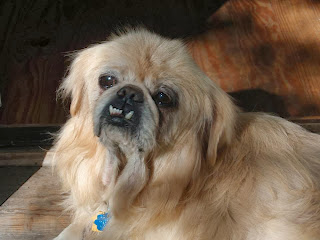 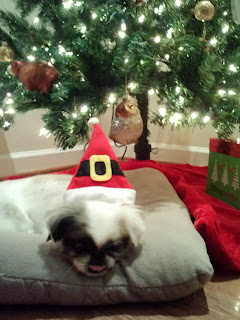 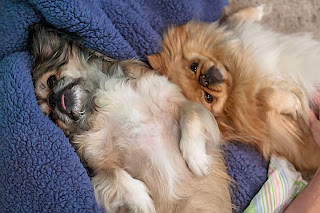 15. Take puppy OFF box.
16. Cut paper off roll — being careful not to cut puppy’s paw or nose that is getting in the way as he “helps”.   (Jojo and Annabell) 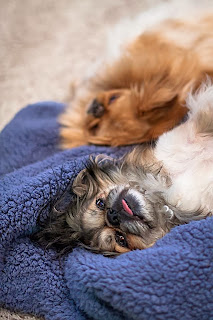 17. Tape three small holes older dog poked through the paper when he walked across it.
18. Wrap paper around box & secure in place with tape.  (Jojo and Annabelle) 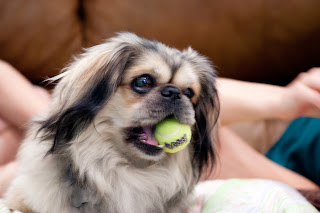 19. Take roll of wrapping paper from older dog’s mouth.
20. Give older dog something to do: Tell him to hold the tape so he will stop stealing it.   (Jojo) 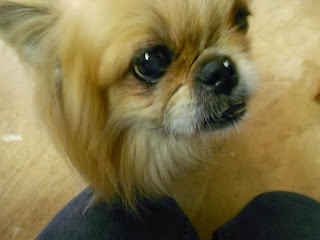 21. Take scissors away from puppy.
22. Cut excess paper from “ends” so you’re left with just enough paper to tuck in neatly. 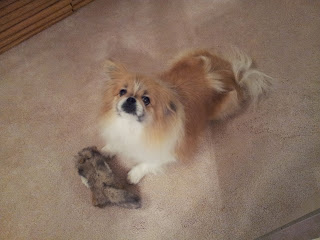 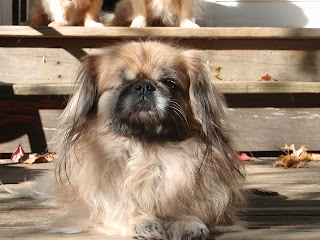 25. Quickly tape one end before taking scissors from older dog & sitting on them again.
26. Tuck in paper neatly on the other end and fold shut like an envelope.  (Didi) 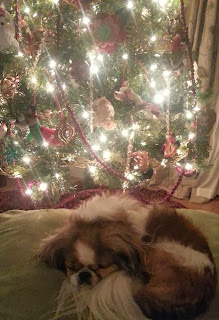 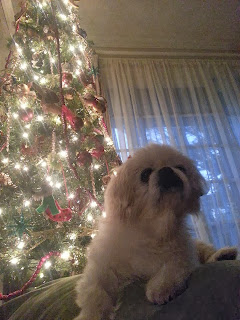 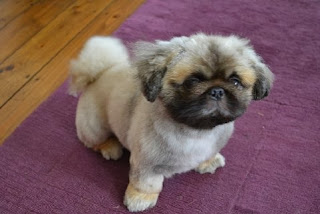 29. Go get roll of wrapping paper puppy ran off with.   (Alfie, in Ireland) 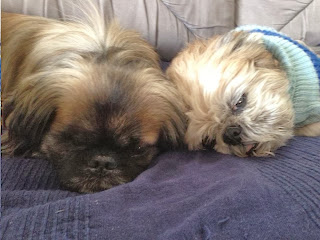 30. Take scissors from older dog who took them when you got up. 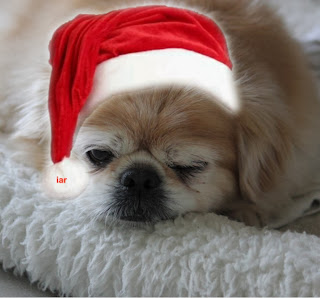 31. Give older dog empty tube from a roll of wrapping paper to play with.  (Maddy) 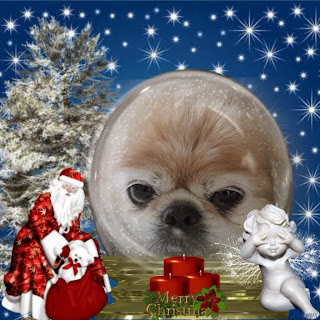 32. Remove puppy from top of wrapped box and add final bits of tape where needed.  (Maddy on an ornament) 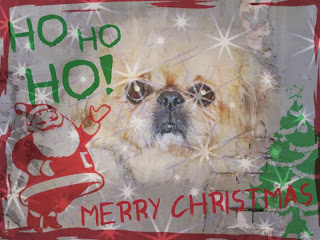 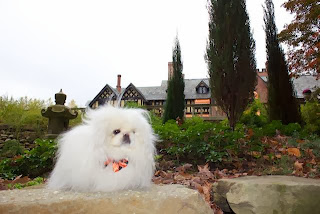 35. Grab present before puppy opens it & put it away for safe keeping.
36. Clean up mess puppy & older dog made playing tug-of-war with empty roll of wrapping paper. (Shoko) 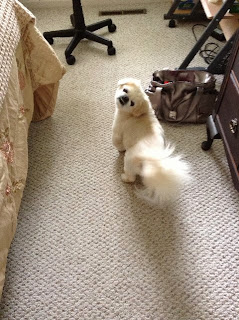 37. Put away rest of wrapping supplies & tell dogs what good helpers they are.
[Reprinted with permission by the author, Christi Green]   (Ricky)
Posted by Linda at 1:00 AM