Camden came into rescue  in 2014.    He was fostered and then adopted by his foster family. 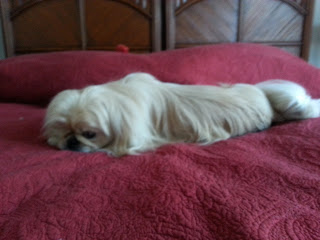 You can see how much he is relaxing. 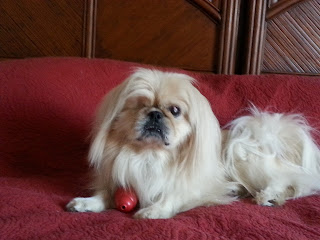 And toys seem to be great, too. 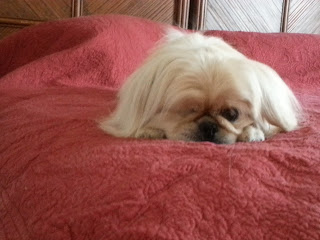 He had eye surgery after we got him. 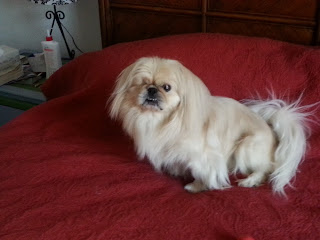 Many Pekes are members of the pirate club-- one-eyed.   That's because there is just no nose in front to help protect their eyes.  My Max is a pirate club member, too. 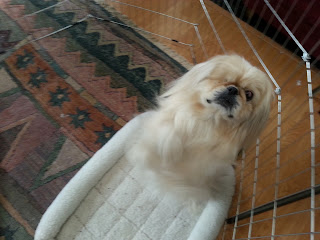 He was in an xpen after he hurt his remaining eye, but he's doing fine. 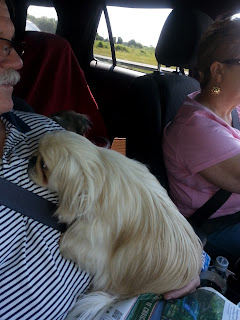 He loves to be held and he adores his parents. 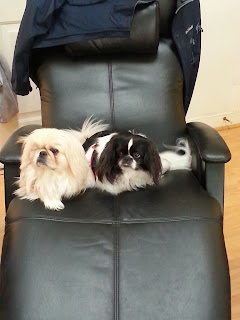 And he did fine with his new siblings-- until recently.   Elwood above, did great with him, but Camden and Moe began to fight.    It's so difficult when something happens and you realize that maybe one of the dogs needs a new home-- you love them all, and it's a difficult decision. 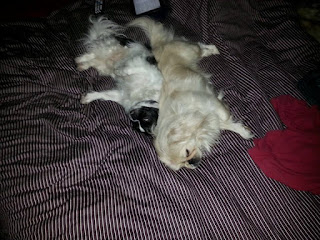 So, even though most of the time, Camden and the others are fine, there are times where it's not fine.    So we are trying to find Camden a new home.    He loves to play with Elwood, above.  And they nap together, back to back. 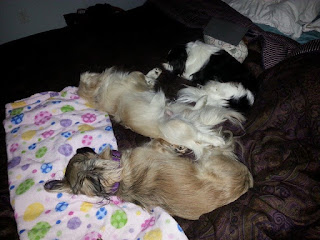 There are times all three are sleeping together-- such a sweet picture. 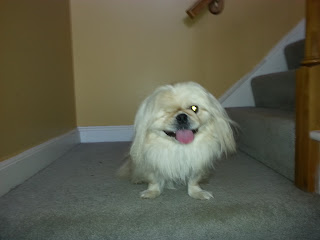 If you would like to find out more information, please contact us at potomacpekes@gmail.com.   Camden is about 5 now we think (guessing from when he came into rescue).   He's a loving boy and just needs a forever home.
Posted by Linda at 12:30 AM

Sometimes a dog just changes ..... it could be age or some dog that is in their space makes it difficult for them .

I do think Camden needs a home on his own. What a lovely boy he is and who ever adopts him will be pleased :)