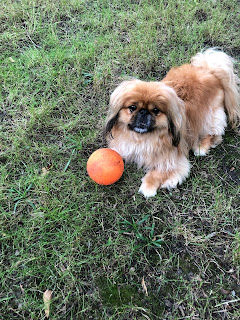 Paddington and his brother, Piper, are known as the Twins.  They aren't related. 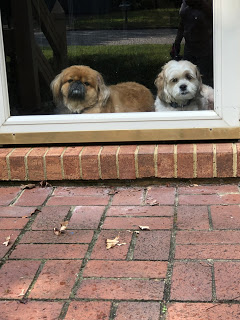 They aren't even both Pekingese.  Piper is either a Malti-Poo or a Llasa-Poo. 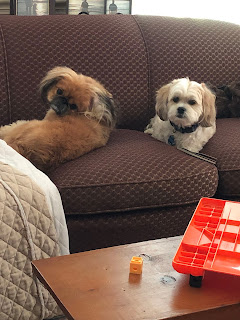 So, why do I call them twins?    Because they are BEST FRIENDS. 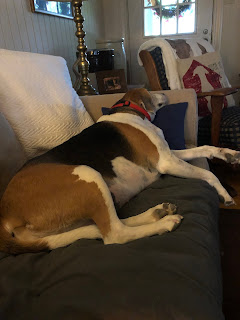 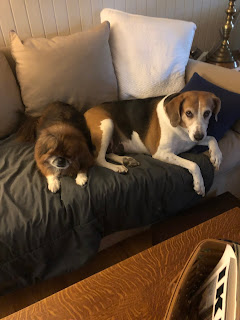 Callie, my granddog, comes over a lot since her brother, Leo, died last week.   (And no, I haven't been able to do a blog on him yet.) 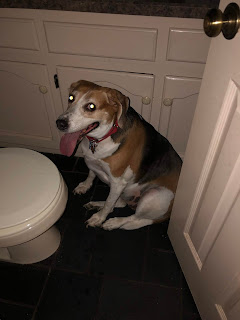 Callie has found her safe place during storms-- a small bathroom is always handy. 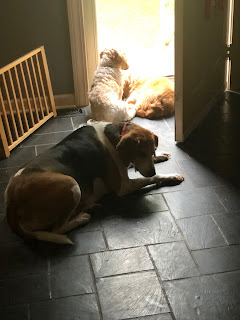 Callie follows the Twins a lot!   She is often right behind them as they guard our street. 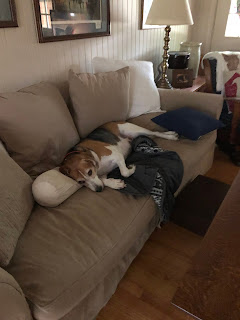 Most of the time, she is hogging the couch. 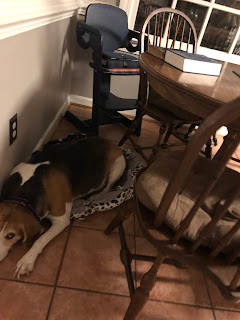 Or trying to fit in Peke sized beds.  But, if the Twins go out, she is right there with them.  She actually runs out into the yard.   She even grabbed one of Paddington's toys and took it out with her.  She has never played with toys! 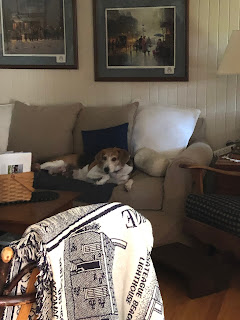 All the exercise is helping her to lose some weight-- which she can definitely stand to lose.   So, at my house, the Twins are also called the Triplets if Callie is here.   Look out if they're coming through!!
Posted by Linda at 12:30 AM

That is so cute that Callie has sort of adopted the Twins!

Oh she will need to lose a lot of weight to fit those Peke beds!!! LOL

whaat !? that is definitely a pekingese !!!!

LadyJicky always has so many funny comments on the blog! Love them!