Sushi is a beautiful MALE Pekingese. I emphasize the "MALE" because I was calling him a her. Oh, the trauma I must have caused this precious dog. So sorry Sushi!! 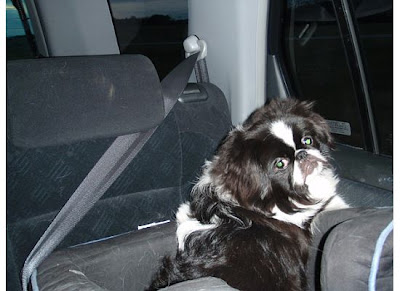 Look at these eyes-- don't you just want to hug him! 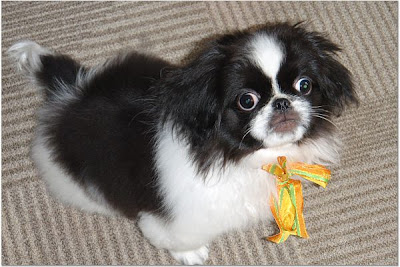 Sushi is a beautiful boy. I love how he can curl up anywhere-- and look so comfortable. 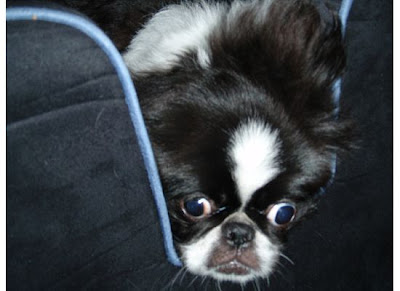 He won the Conklyn’s Florist of Alexandria 2008 Halloween Contest. Look how cute he is!! 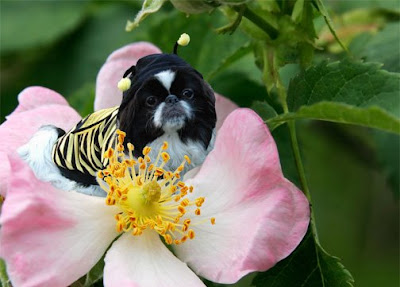 He was adopted at the end of May 2008 from a family litter from up in Maryland. His owners chose his name due to the significance that Sushi was actually first founded in China and not in Japan as most people think. 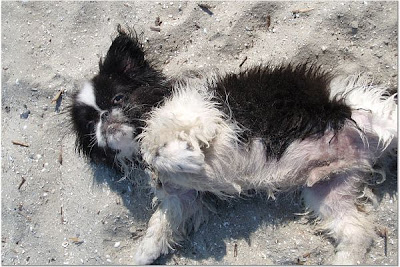 He's a puppy here, and he's having a blast in the sand! 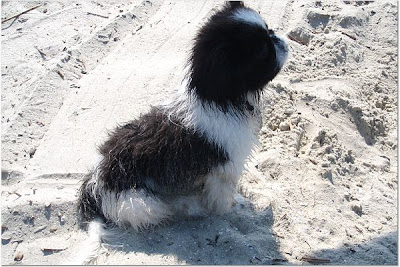 He was vacationing at Hilton Head, SC. He is a total beach dog!! I bet he got a bath as soon as he got home. 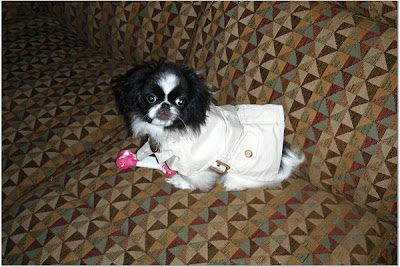 Sushi has 2 Cat sisters (Endora 3 and Esmerelda 2) that immediately adopted him and love to play with and wrestle with him. Sushi loves hanging out with his owners at the Shirlington dog park and riding in the car. He loves to go to visit the family farm in Lewisburg, WV. 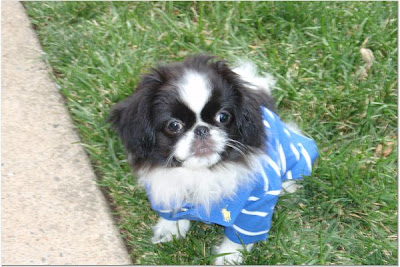 Sushi also loves getting dressed up in his Ralph Lauren designer clothes. 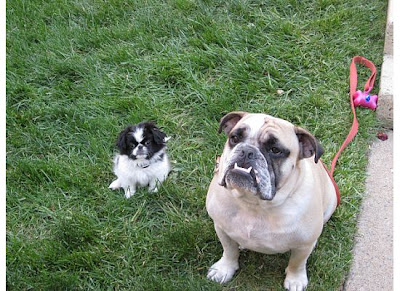 He also has a best friend Moe who lives in Del Ray that he loves hanging with.

I want to welcome Sushi's owners, Michael and Alan, to our club. They want to help our rescue dogs, too.
Posted by Linda at 7:00 AM

Sent by a friend: Sushi is Gorgeous. Vacationing at Hilton Head yet and with designer clothes.. That's the life.

What adorable photos. And Sushi looks so tiny next to MO. But what a cute pair of buddies. Just precious

What adorable photos. And Sushi looks so tiny next to MO. But what a cute pair of buddies. Just precious

What a gorgeous little guy! Love his little eyes!

Isn't Sushi a pretty boy ! Firstly I thought he was a Japanese Chin but no way! Its just the way the pattern of black and white fur is on his face.
I would love to see Moe and Sushi playing!

Sushi truly is beautiful! And those eyes! Just darling!