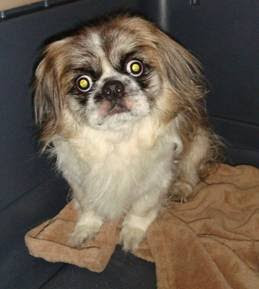 First, I want to show you this sweet boy who is in a shelter. He is a ten month old Peke and we need a foster home for him. He is VERY sweet, loves people and other dogs. We are committed to taking him, and Jeanne or I will foster, but we both have a LOT of dogs at our house, so if someone can help, that would be super. 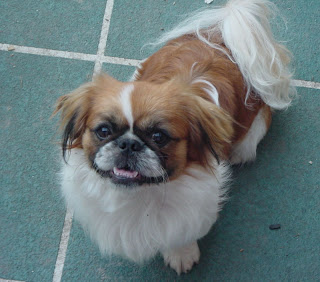 And look at this beautiful guy!! I named him Regent because he was found near Regent University in Virginia Beach. He was wandering between the university and 64, the interstate. He had a collar, but no tag. (This makes me crazy.) The person who found him was NOT taking him to a shelter, but took him home and contacted the shelters, and us. She had him a few days, but no one claimed him. SO, she took him to her vet to check for a microchip. He had one! And his owners were found. He is back home, so microchips work and are great. But, if the owner had a collar and tag on him, he would have been returned so much faster. Please keep tags on your dogs-- for their sake.

So happy to hear that other little guy went back to his family and I do hope Regent finds a foster home - he looks really lovely Linda.

So glad to hear that 'Regent' was able to be returned to his home!

Regent is gorgeous ~ glad he was reunited with his owners. The youngster at the shelter looks frightened by his new surroundings ~ hopefully he'll get to go to a new home very soon.

but my Rocky eats his tags. They are his favorite chew toy! I'm hoping that someone sees chewed up tags that they check for a chip.

There is a way to attach both ends of the tag to the collar so they can't chew it. I never thought about it until someone mentioned it to me.
Linda