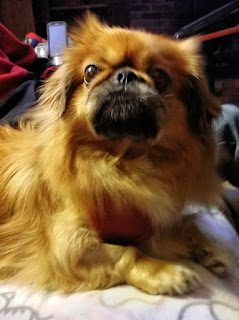 All of my dogs are second hand dogs-- you know, the ones someone else had first.   Abner, above, was one of my fosters.   He was a second hand dog, too.    Now, Abner is giving first class care to many in hospitals, nursing homes and airports. 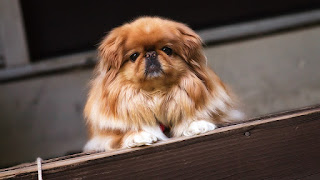 Annabelle, a tiny Peke, is a second hand dog too-- but she runs a tight ship in her home, ruling everyone. 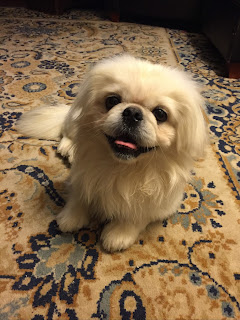 Digger/now Granger aka Granger Danger was a second hand dog.   He came from a horrible situation, but he has a first class life now. 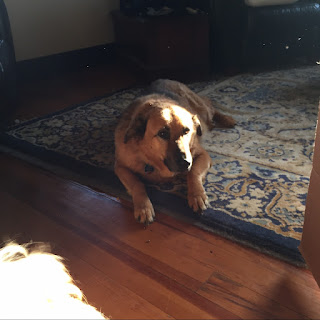 Pi, my senior grand dog was living at a farm with her siblings.  Many dogs were dumped there-- "it's a farm, they can take care of my dog" was the mentality.   My daughter went to the farm to see her horse and met Pi many years ago.   Pi endeared herself to my daughter and she because a first class member of their family.   We all love her. 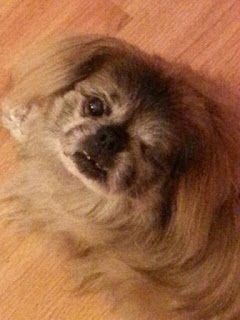 My Max-- he was dumped in a field and sent to animal control.    He was so glad when he was rescued-- the smile on his face was priceless.   He's almost 13, and has been with me a long time now. 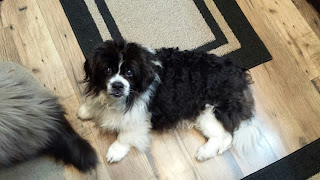 Rudy was dumped at a shelter.   He "was old and didn't do anything" but you won't find a more devoted fellow!   He adores his foster mom.  He is about 15 now, he has fought and won many health battles.  He's a first class love-bug. 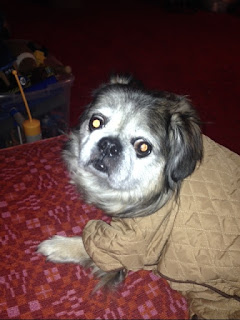 Pandy belongs to my daughter.   She is about 16 or 17 now.   She was dumped in a shelter and came into our rescue.   She is determined to hang on to be with her family.   It's harder for her  to get around and she doesn't really hear much, but she is not ready to go anywhere! 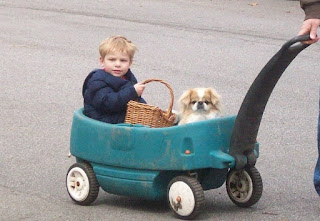 And then there is Starlight-- everyone knows Starlight.   This was taken a few years ago, and this fits her perfectly.   A little princess!!   She came into rescue when she was three and she did not want to leave us-- so she was her bad self when anyone visited.  She is now almost 12, and has been here about 9 years.  Second hand dogs DO  make first class pets!!
Posted by Linda at 12:30 AM

Oh I forgot to mention Linda ..... I just love that photo of a Bit and Starlight!!! I hope you have it framed :)