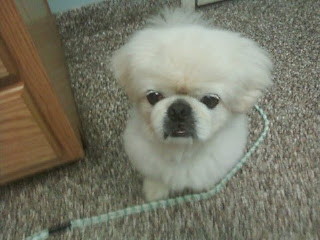 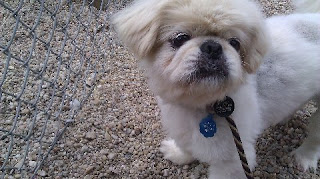 Chip was missing so much hair, and needed some help.   He also had a heart issue. 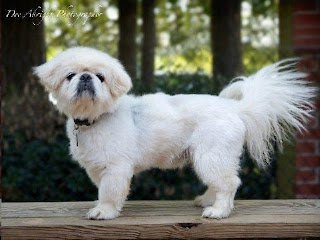 But, he was sweetness itself! 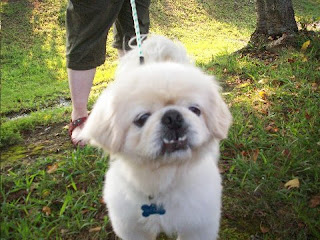 Chip loved everyone.    During transport to his foster home, Laurie met him (she was going to foster another one).  Well, she fell in love with Chip and so he stayed there. 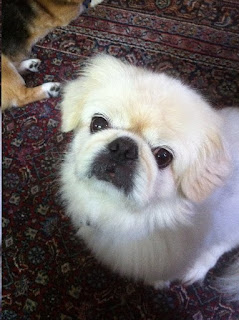 He got along so well with Laurie and Lynn's other pets, and he let them know that he was going to sleep in the bedroom with everyone else.   No sleeping on his own! 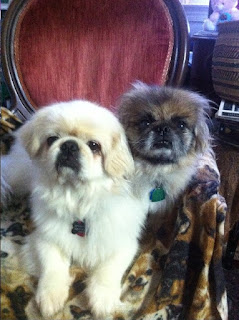 Chip's buddy, Mick, died a year ago, so I know Mick welcomed Chip with friendly barks and invitations to play. 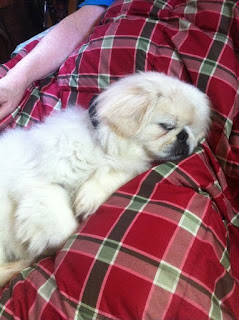 When Chip joined his family, they found out he was a big snuggler!   His doggy friends had not been big on that, but when they watched Chip getting loved on, they decided it was a great idea and they joined in.   He brought so much joy to his home. 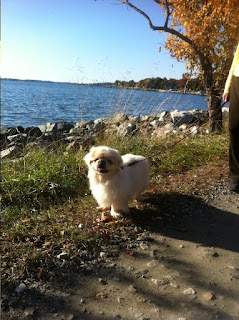 Chip was about 12 years old when he died this week.   Dogs with heart issues often do not have the life span that others have, but the life he had was wonderful.   I know his moms will miss his joyful, sweet personality and his night time loving.   Run free, now little man.   You were greatly loved.
Posted by Linda at 8:02 PM

What a handsome and sweet man Chip was .
You can see he had such a wonderful life with his family and he will certainly be missed.