It's a Triple week-end!! 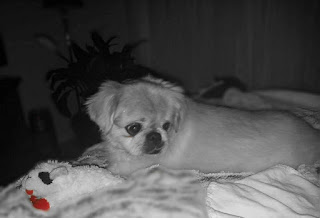 Triple came into rescue a little over a year ago. 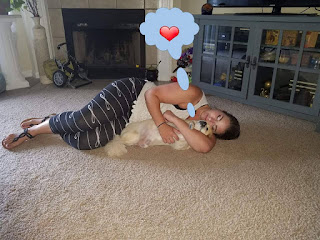 One of his feet in the back had a huge tumor on it and there was no saving his leg. 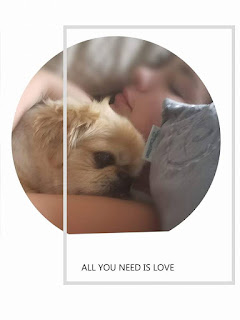 He must have suffered awhile, but once in rescue, his foster mom, Jeanne, made sure he was cared for quickly. 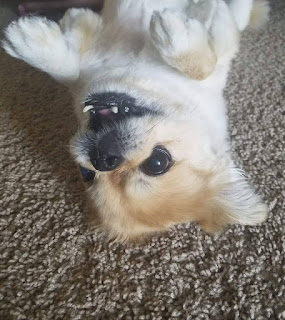 Regardless of all he went through, he was such a sweet boy. 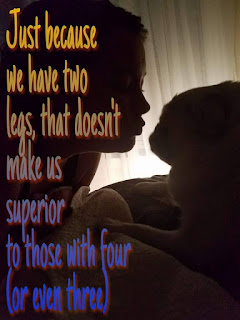 His back leg was removed, and he learned to get along on his own without it. 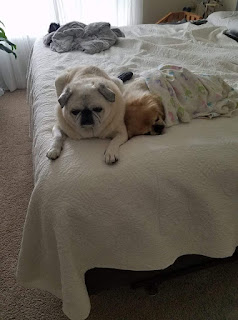 We thought he would be in rescue a long time-- but Maggie and her mom and dad saw him and.... 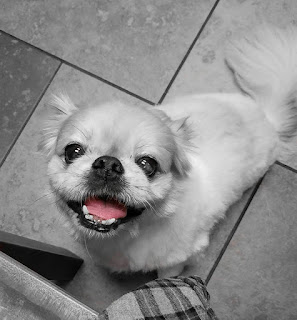 He joined their family!!! 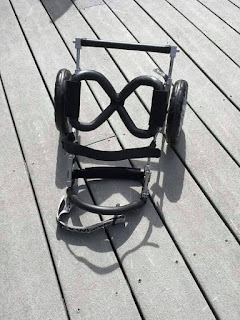 They realized a wheelchair would help him, and they had one made especially for him. 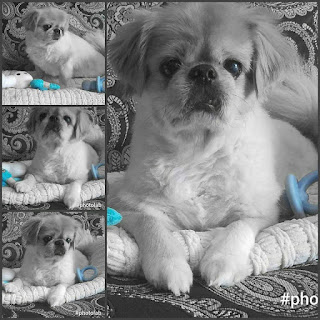 It supports the area where he is missing a leg, but his other back leg can still be used-- and it's just amazing!  Triple can speed right along! 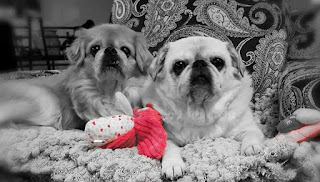 See tomorrow's blog for another special day in Triple's life!!!  You can also follow their adventures on their own facebook page!
Click here: The Adventures Of Maggie & Triple - Home
Posted by Linda at 12:30 AM

Triple was meant to be in that family!!! He is so loved and so well cared for ..... I wish all dogs had his life.

Mmmmm..... I wonder what is going to happen tomorrow in Triple's story on Must Love Pekes???

I remember when Sweet Jeannie got him and the awful growth on his hind leg. At the time I pretty much thought it was over for him but miracles happen and Triple was one of those miracles. The second miracle was his Forever Home that saw him and loved him unconditionally as can be seen on the FB page and posts.

This is the happy ending that we all want to read and see. I sometimes wonder about what my own three lived through since their back stories are pretty grim but we still don't know what the actually endured.

Three cheers for the miracle workers in rescue and the families who have so much love to share that they open their hearts and homes to these poor babies.

Triple and Maggie are my grandoggies and sometimes spend the night on weekends, like this one! It's like doggie heaven when they are here with my 6 dogs, and yes, they all get along. Triple hit the mega million jackpot in his new home. There is nothing, and I do mean nothing, Tara wouldn't do for this furbaby. After all he's not just a dog, he's family! And he's a cutie to boot!

One of the best decisions I have ever made was going to Potomac Pekingese Rescue looking for our new furbaby. It was love at first sight ❤