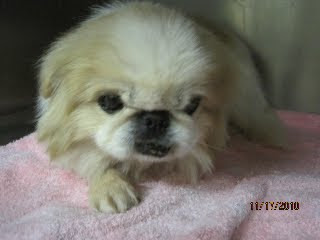 Look at this precious boy-- 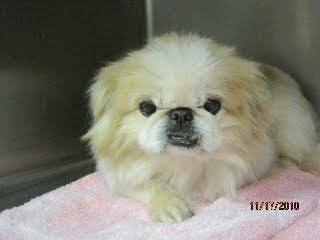 and read his story below. I received an email from an owner in NC. It was further than I could really go, so I contacted a rescue friend, Melanie, who does Mutts Matter Rescue. http://www.muttsmatterrescue.com/ 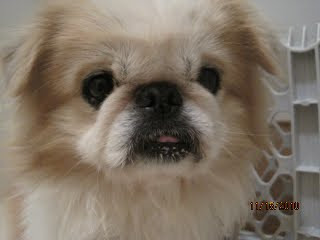 I was told that the owner found Mac about four months ago but could not keep him as she was without a job. Today, many are without jobs, and it's hard to take care of a pet. 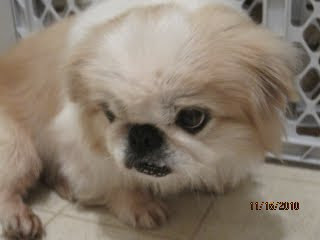 Mac is safe and sound in Melanie's rescue now-- he have limited or no vision but is very sweet. He only weighs about 12 pounds and doesn't have all his teeth. But, he deserves a home! 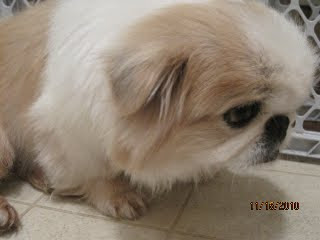 He's having good meals now, he's running around and has a warm bed. Life is good for little Mac right now-- 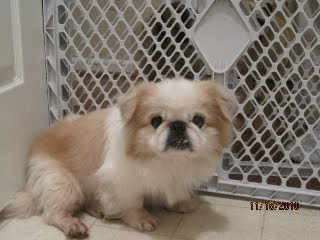 Who could resist this! If you know anyone who wants to adopt him, just go to http://www.muttsmatterrescue.com/ and fill out an application. Maybe he can have a forever home for Christmas!
Posted by Linda at 5:00 AM

Oh Linda he looks really sweet!
How I wish I could have him!!!

I do hope Mac gets a wonderful home for Christmas!!!

Thanks for posting this Linda. He is a wonderful boy. I hope he has a home by Christmas.

Thank you Linda for your nice post about Mac.
He is a sweet, deserving boy. I hope he has a home by Christmas. Thanks again

What an adorable little guy he is!