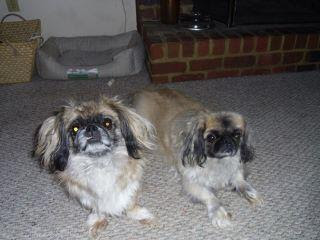 These two adorable brothers were turned into rescue because their owners were moving. They were going to be taken to a shelter, but we didn't want that to happen, so Jeanne brought them to her house. 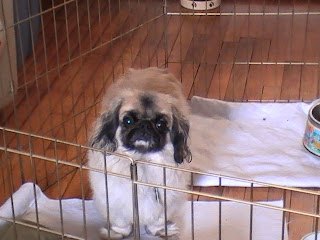 Harvey is the bigger of the two at 20 pounds-- but he needs to go on a diet. I know Jeanne will help him do that. She is fostering Harvey and his brother Bruce. 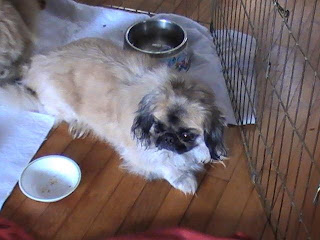 He and Bruce stayed in an xpen for a few days to get used to the new environment and the other dogs. 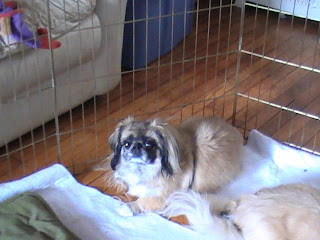 Bruce is the smaller one at 13 pounds. Like his brother Harvey, he had eye fold (nasal fold) surgery because the hair was rubbing on his eyes. They both also had a dental. 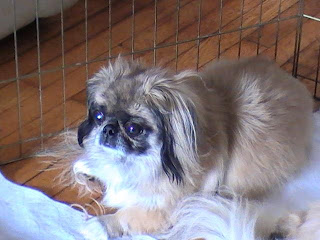 Bruce loves his brother Harvey and he sure hopes he gets to stay with Harvey in a new home. 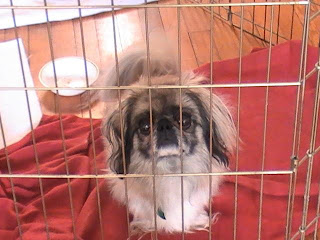 He wants to know if you'd like to adopt them both. Can you resist those eyes? 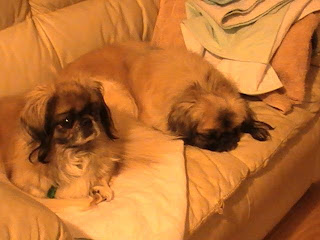 Harvey and Bruce are 5 year old brothers. They are very friendly and loving. They love going on walks. They are very bonded and we would like to keep them together if at all possibly. I know sometimes it is hard adopt two at one time, but we hope that happens. Just email us if you are interested: potomacpekes@gmail.com
Posted by Linda at 1:00 AM

Please someone adopt them together!