We do not often find out where a shelter dog has come from. But, in Pepper's case, we did! She had been microchipped by her original owner, so we were able to contact him. 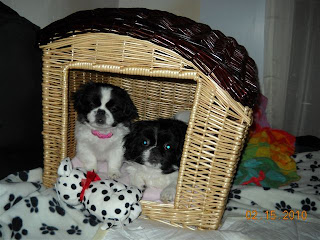 He has shared pictures with me of Pepper (formerly Blacky) as a puppy. Here she is with her sister, Whitey. The owner had found another home for Pepper because her sister kept picking on her and he thought he was making a good decision. 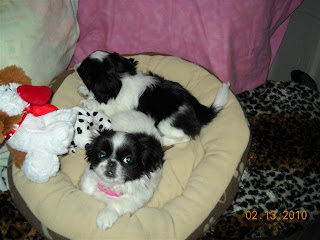 Unfortunately, the new owner was NOT a good owner. She would beat Pepper when she didn't come back inside soon enough-- yet the owner put her out to go to the bathroom, without a fenced yard, with no supervision. We found out from Pepper's foster mom that Pepper was terrified of garages-- we wonder if this is where she was brought in and "got in trouble" for something out of her control. Owners like this make me crazy. I've run into this before-- people just put a dog out the door thinking it will not go anywhere. 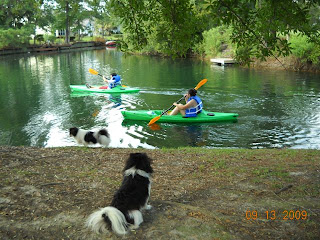 Pepper liked to sit on the shore and watch her former family on their kayaks. Obiously, someone was right there watching her and taking her picture. 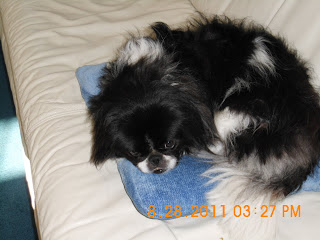 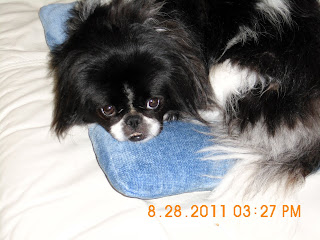 Pepper is a beautiful little girl. We had all her vaccines done, bloodwork and she had to have two major teeth pulled that were cracked. Whoa, those teeth cost us! 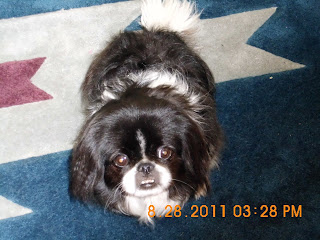 But, look at her-- of course, we would help her to feel as good as she could. 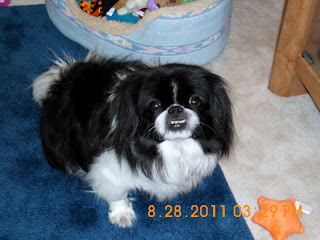 She's going to her new home next week. Her new owners are very excited that she's coming! 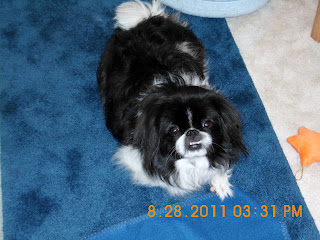 I think Pepper will be, too-- but her foster mom is sure going to miss her! Thank you, Genise, for all you have done for her!
Posted by Linda at 1:00 AM

Pepper is one cute Spice Girl!!!

So happy she has found a new home Linda!