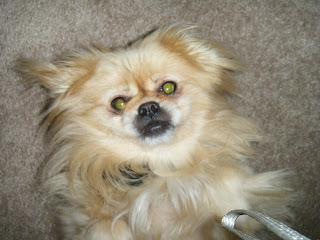 Mika came back into rescue after six years, and was adopted by her foster mom (along with her brother, Luca). Her mom calls her Little Girl or Twinkie. :-) I think that fits her! But, she's not going to tell Mika that I'm doing a blog on her because her head may swell! These Pekes CAN have an attitude. 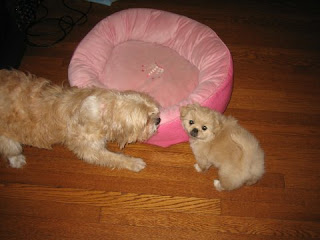 Mika was my foster puppy, along with her mother. They had been kept in a cold garage. Her mother was beautiful Mimi. 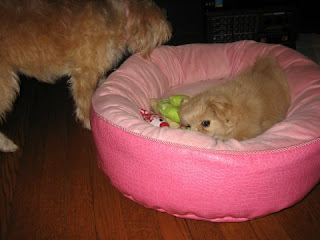 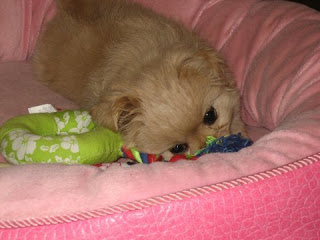 She definitely had a spirit of adventure and bossiness. That hasn't changed! She was not a shy, shrinking puppy. 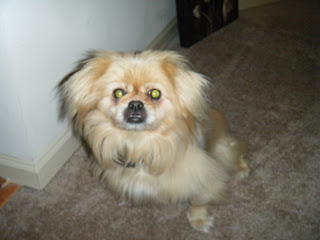 She is a small Peke mix-- and her new mom wondered what else was in there. So, for fun, she did a DNA test on Mika. 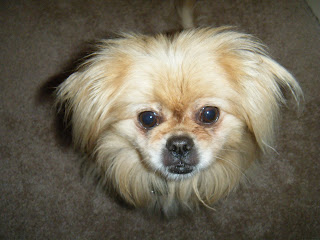 Her great-grandparents were Pekingese (3/4) and Miniature Pincher. Her mom says that she now calls her a Peke-a-Pin. She said her eyes are smaller than Luca's and so so soulful. 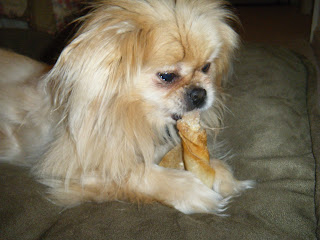 Her grandparents with Peke-MinPin and Pekingese. Mika is not as long as a Peke, but she is a little taller. 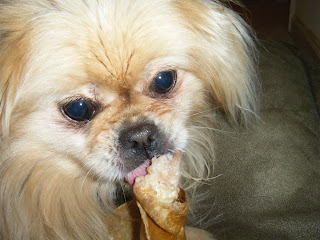 So, Mika has a little bit of Min-Pin in her, mostly Pekingese though. But, the Min-Pin is where she gets her nose. Both breeds can be stubborn. They can both act bossy, and learn to use this to take charge. Does this sound like Mika? I think so! She sure is a cute one!
Posted by Linda at 1:00 AM

I bet Mika does NOT snore like all peke's!!! LOL

Which DNA company did they use? Just curious.

Which DNA test did they use? Thru their vet or an at home swab kit?

The DNA kit that Laura used was off Amazon and it was a company called Wisdom Panel. She said it was about $55. The cost has sure come down!