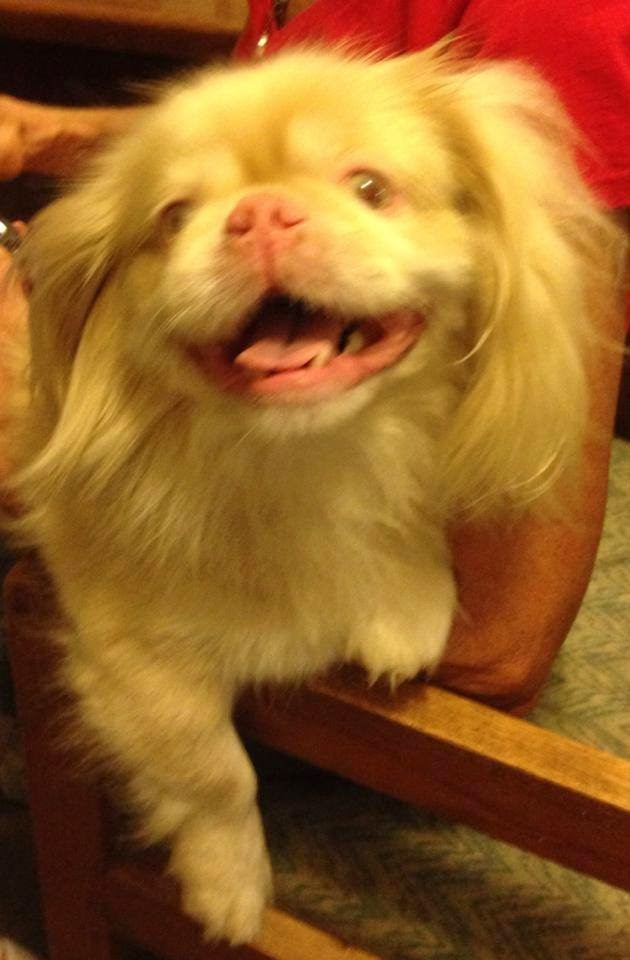 We were asked to help Snowball, a Pekingese in a rural shelter.   We got her on Wednesday. 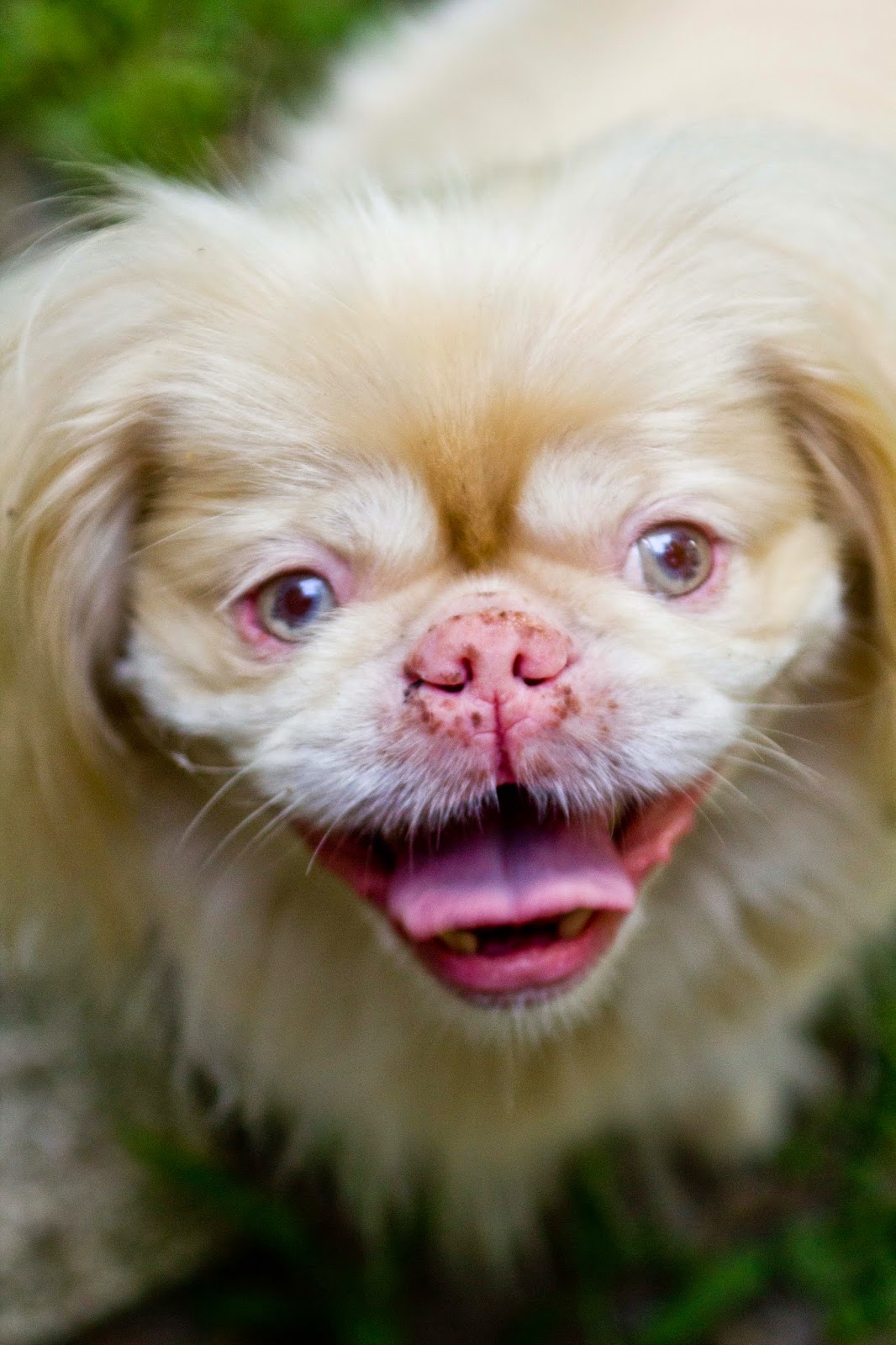 Look at that smile!   It's there most of the time.   We changed her name to Ally (one person said it was short for Alexandra, which I love!). 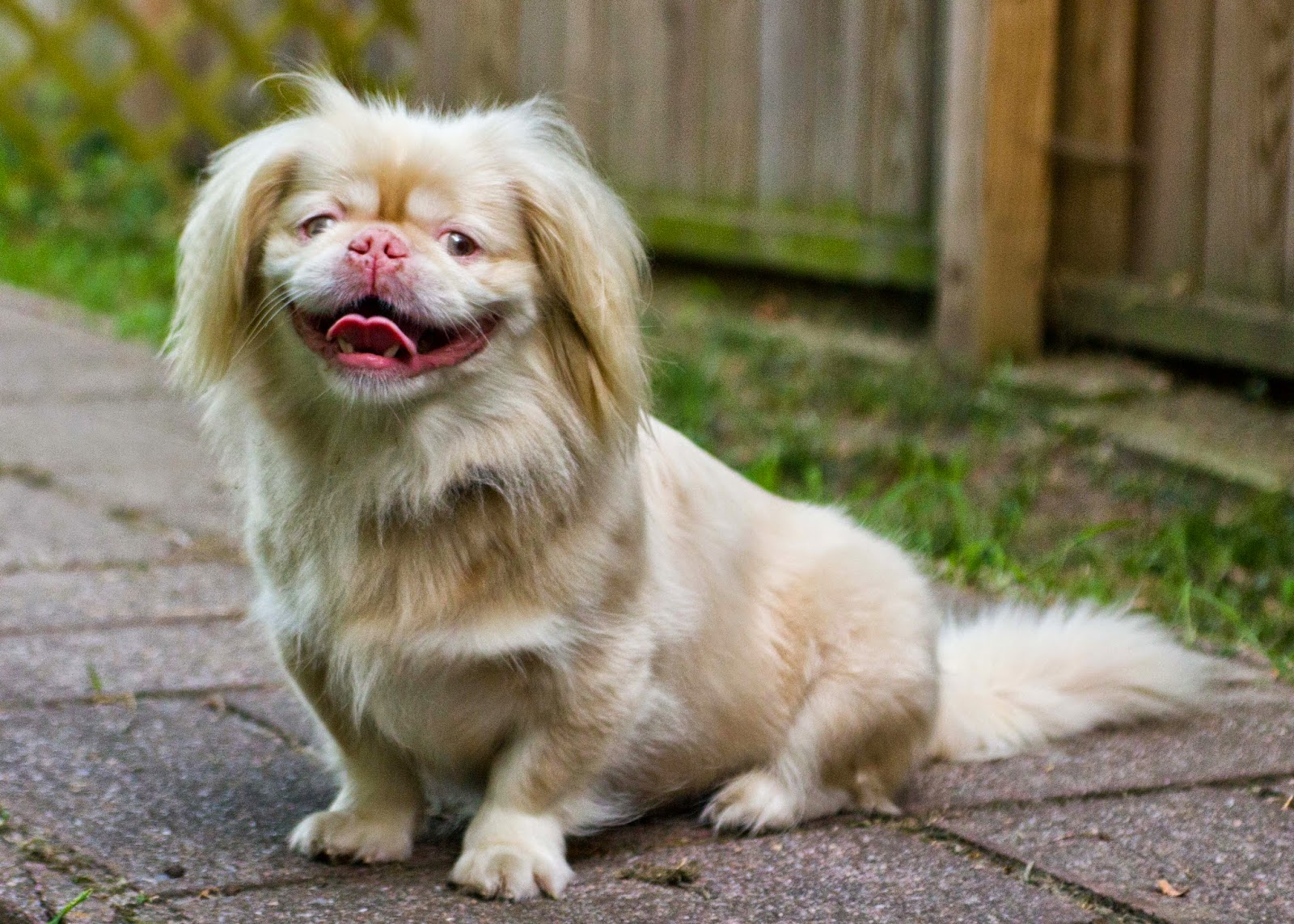 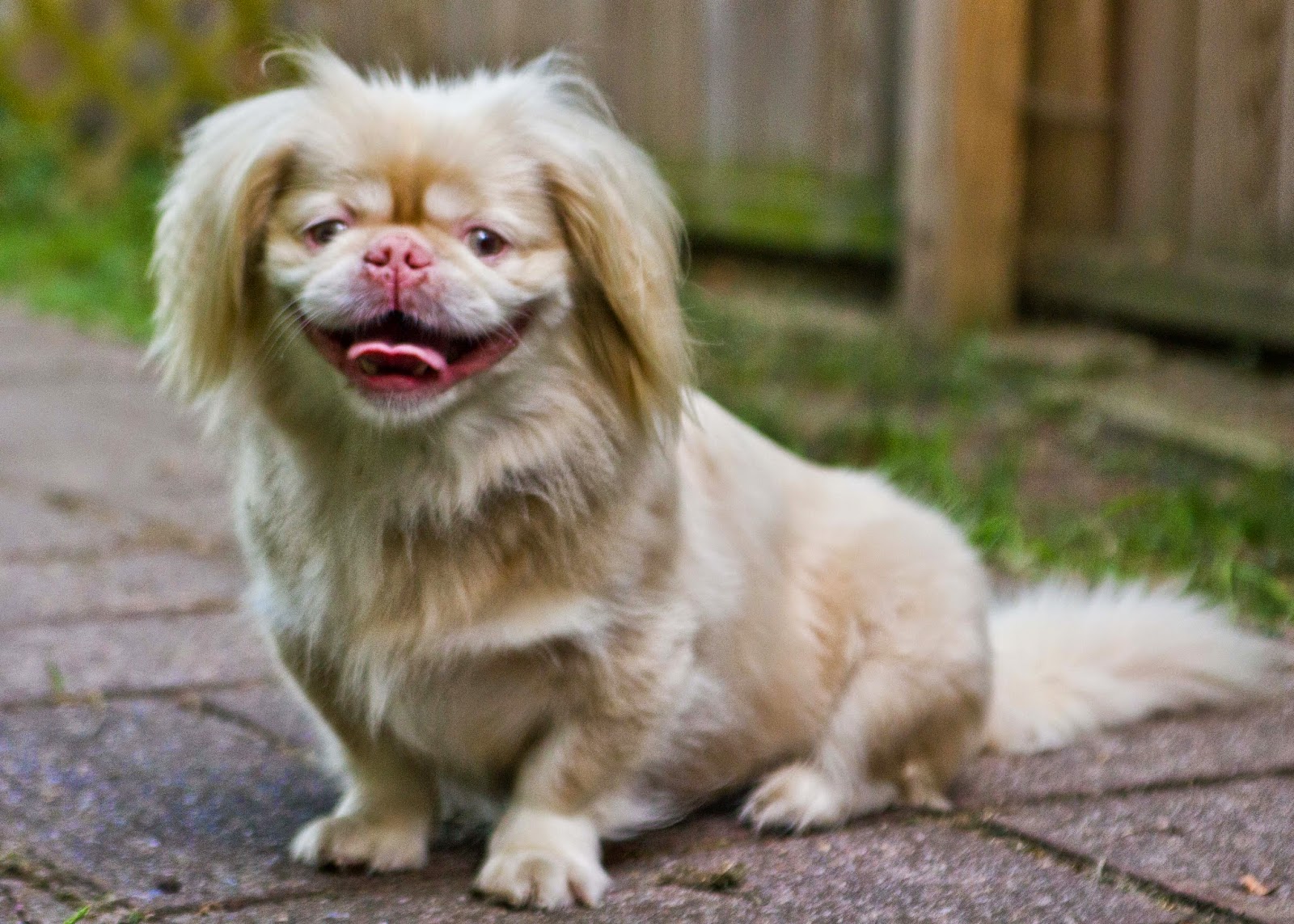 She was estimated to be 11 months old at the vet where she was turned in, but could be a little over 2 years old. 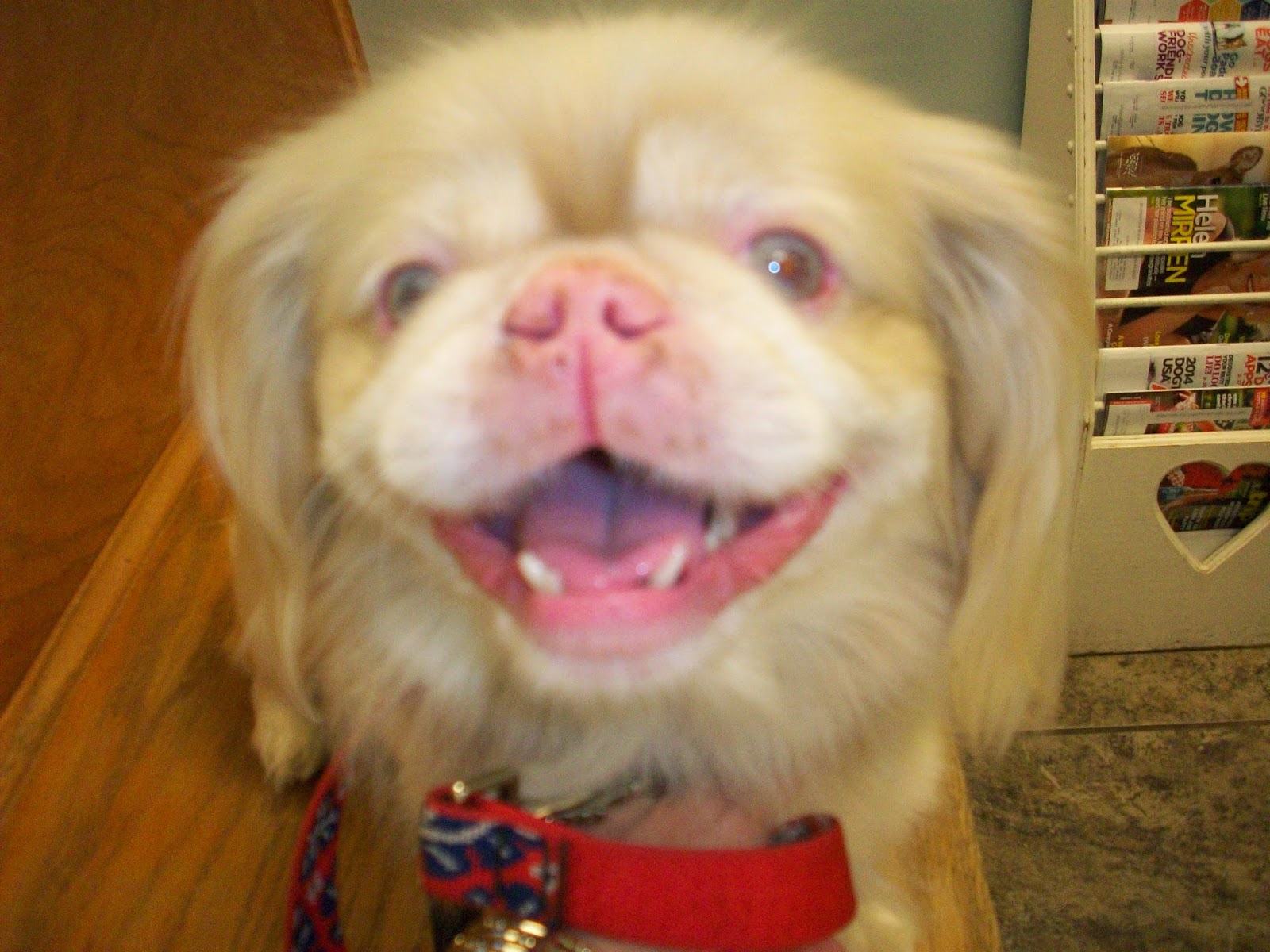 She is so happy!    The vet did say she is an Albino Peke-- I know there might be tests to determine that, but look at her pink nose, "lips"-- around her eyes, her skin.   And her eyes are very light.   You just have to make sure she doesn't get a sunburn. 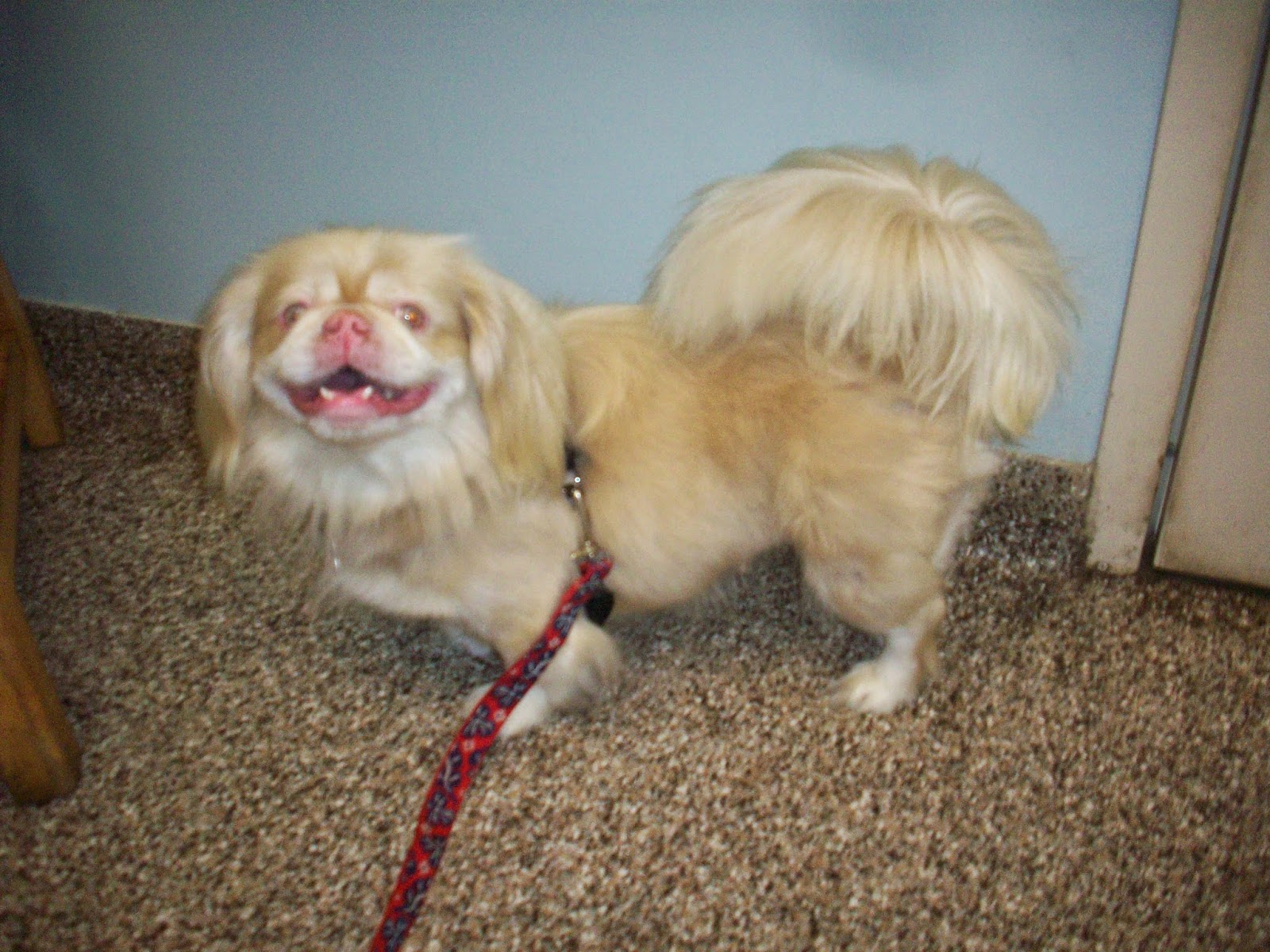 She kept coming to Mike (Mike and Tiffany are fostering her) or me (I was there for her initial appointment) to be petted and she loves to be near you.    In talking to the vet who initially took care of her, here is her story.   A couple found her near their home-- she was so incredibly like their Peke who was lost that they thought it WAS their Peke Snowball.   They took her to the vet, and the more they checked, the more they realized it wasn't their dog (I don't know how long their dog had been missing).    So this couple turned her into a shelter, and then we got her.  ( don't know why they didn't just keep her.)  She was found around the July 4 week-end.    After taking her to the vet in Virginia Beach (Acredale Animal Hospital), we found  out that Ally is heartworm positive.   She is so young that the heartworm should not be advanced, but she will still have to go through the treatment.   She is on Doxycycline now and will have her first heartworm treatment/shot in early August.   Her second treatment will be in early September.   She can be spayed in October and then will be ready for her forever home. 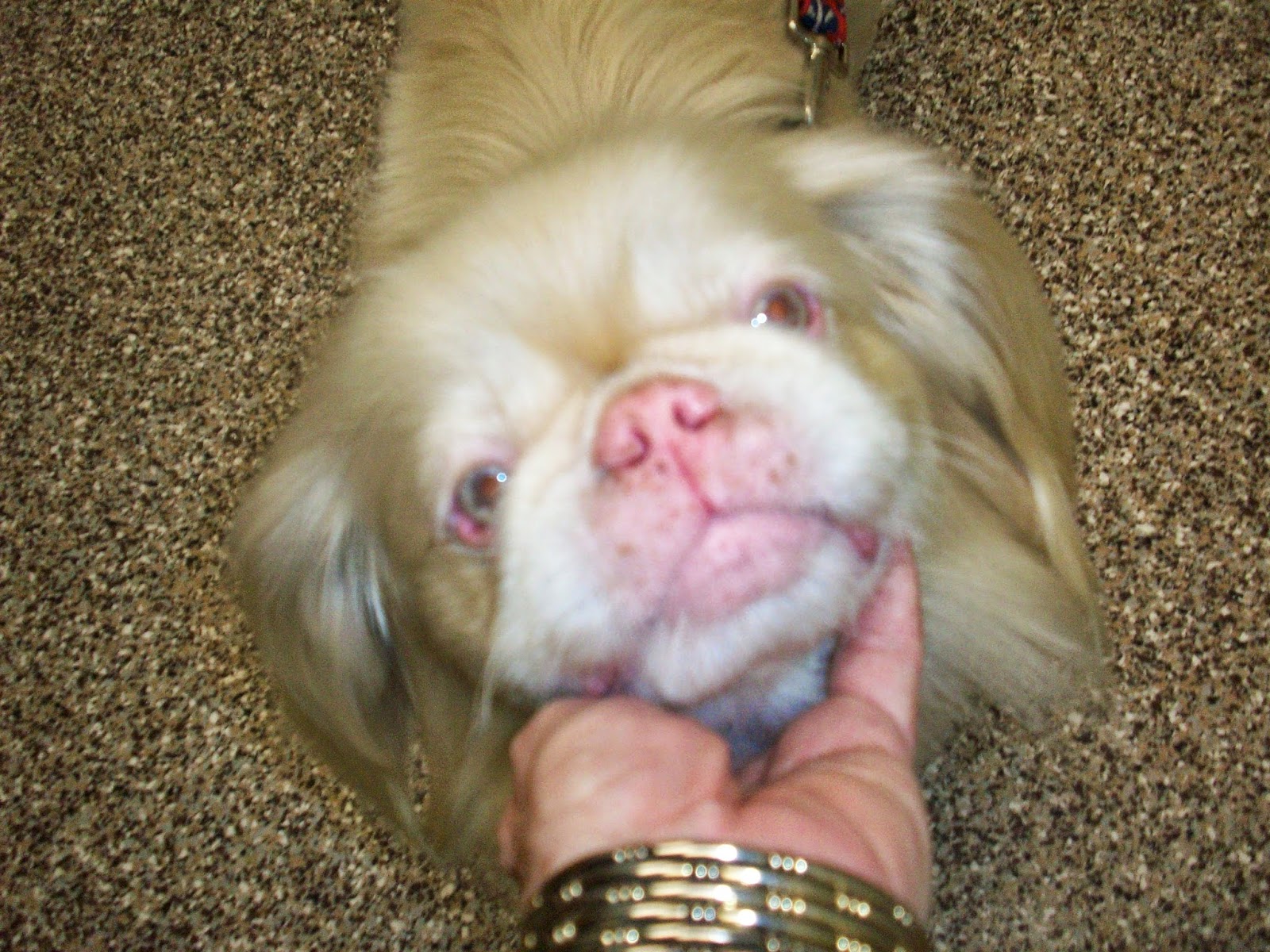 Oh, you want me to pet your chin?    I took a video of me doing this and you can hear her snow.   Just ignore my wild camera at first:  Click here: Ally Snowball - YouTube 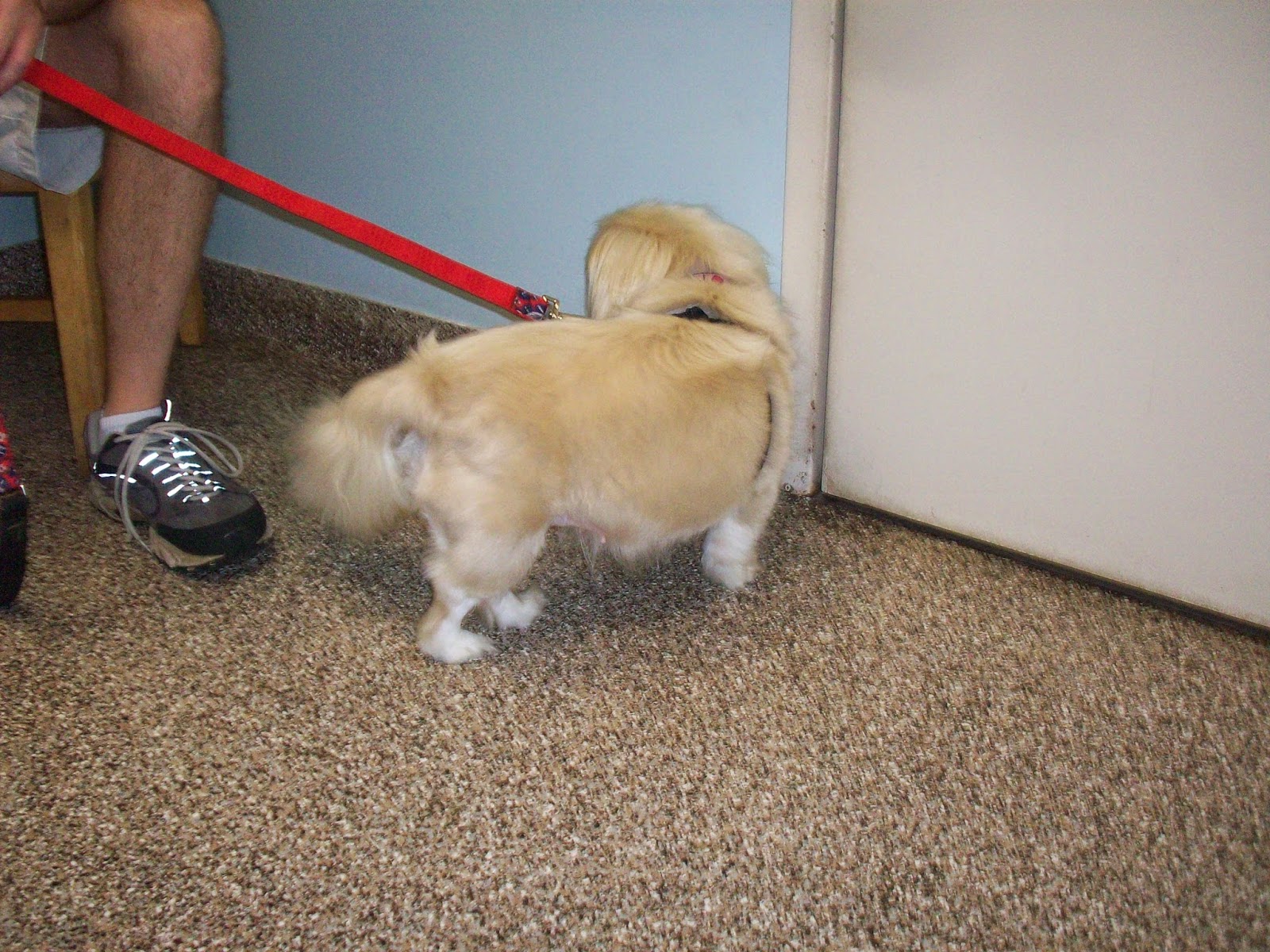 Are you ready to leave, sweetheart? 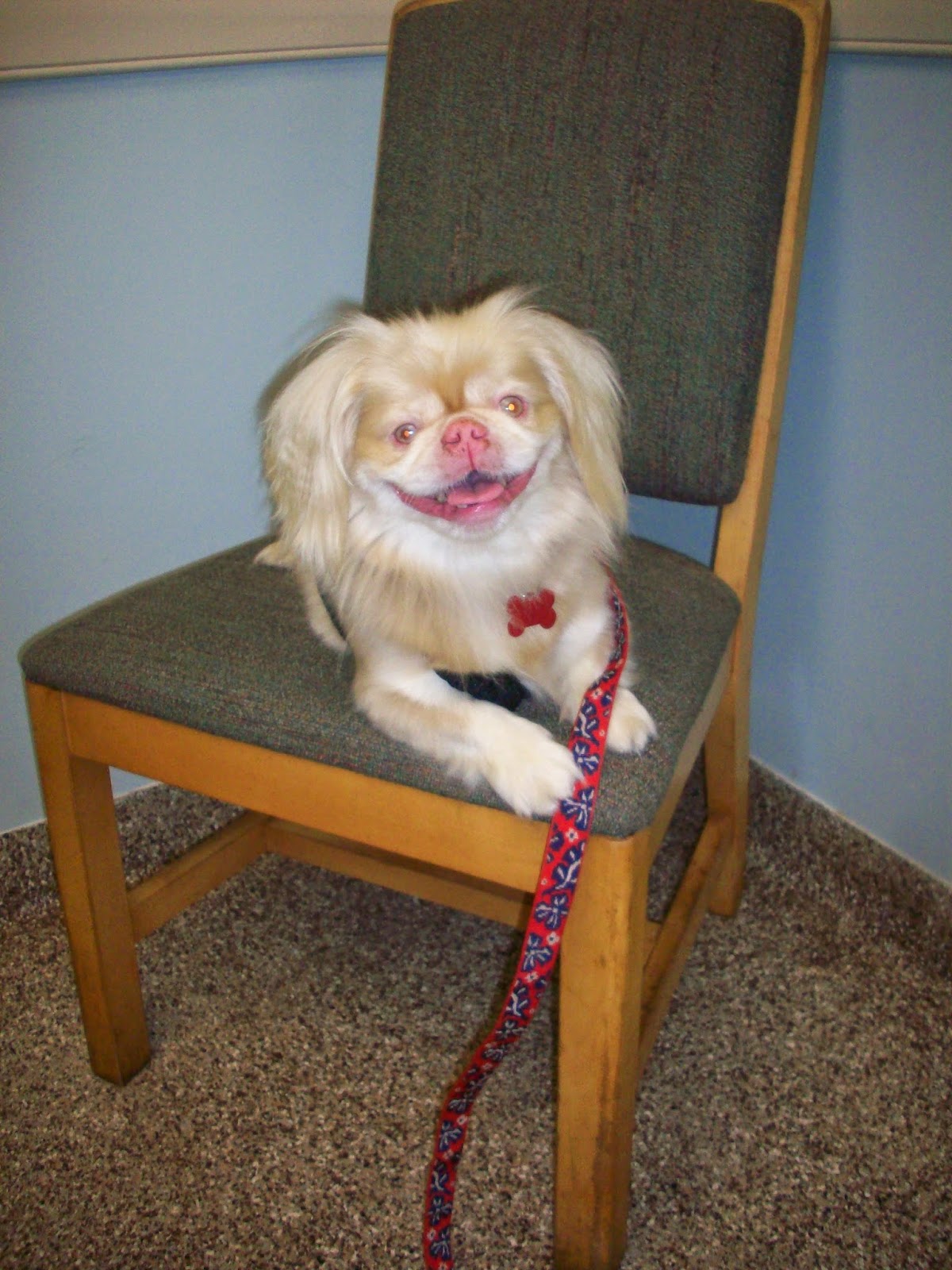 Just a little longer and then Mike will take you home.    Welcome to safety in rescue!
Posted by Linda at 1:00 AM

Linda.... she is so sweet that I hope she finds a great home that will take her albino skin into consideration all the time.