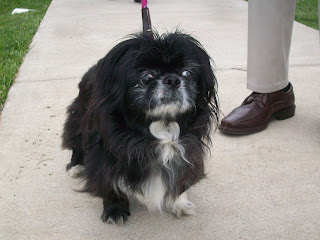 Here's Gizmo at the picnic. He came into rescue several months ago and is now living a happy life with Arbie (Rose Bud of the Bristol 18). He is such a happy dog despite not seeing or hearing much at all. 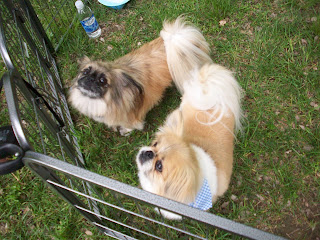 Teddy (foster) and Wiley were in a really nice xpen! There were a lot of xpens there to keep the dogs safe and give them their own special place to hang out. 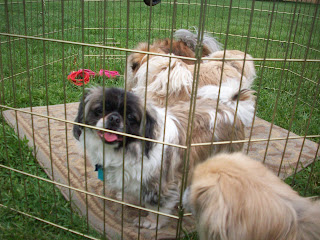 And here's Harper, my foster (adoption pending). I'll be doing another blog on him and some others soon. 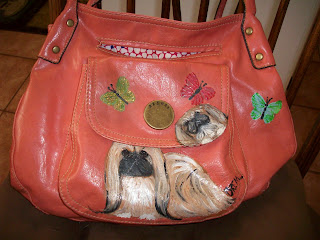 There were a LOT Of auction items at hte picnic. I bid on this purse and got it! I LOVE purses-- and was so happy to win the bid on this one. 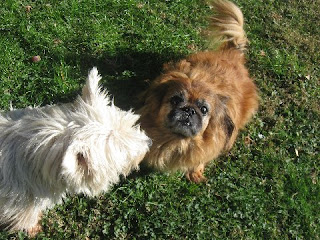 Shadow, one of my early fosters was there. He's about 15 now. I love that boy! 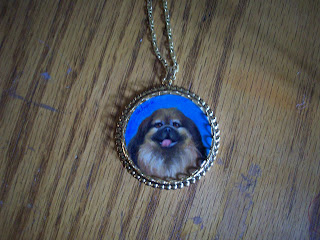 His family gave me a pendant with his picture on it. What a treasure. I just love it. 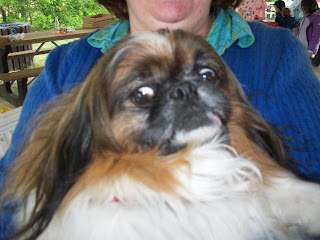 Here's Shadow's brother, Pablo (formerly Chubs). He doesn't look thrilled, but he was really happy to be at the picnic. :-) 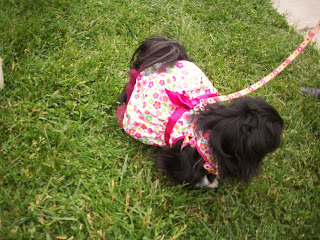 Desi was showing off her beautiful outfit. 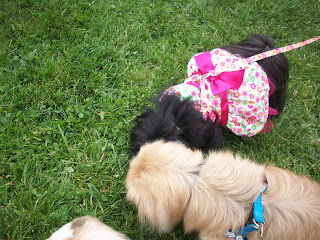 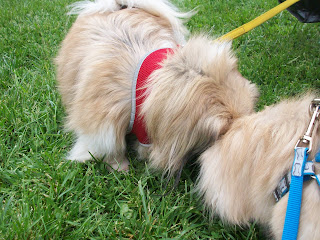 Chaumey visited with another dog, too. Who is it? I can't remember. 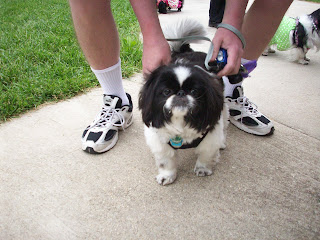 And here's Sushi! Beautiful boy. I was so glad to see him again. I only get to see some dogs at the picnic. 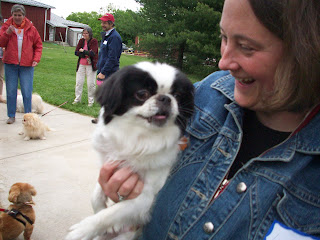 Here's Yoshi, the Japanese Chin we took in with Millie, the Pekingese. Look at that smile-- he was glad to see Lucinda (Dr. Hodges) who took care of him. 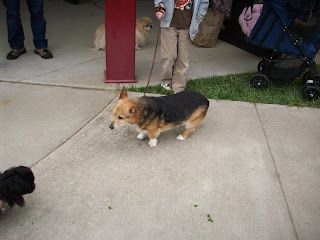 We had a few non-Pekes, there, too. 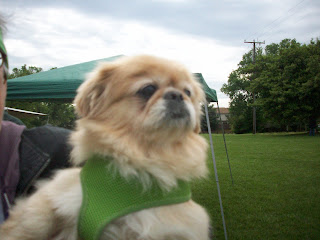 This is Maddy. He was turned in recently-- and he's going to his new home soon! His sweet personality won over his new parents. 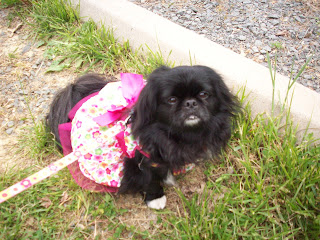 Desi gave me a wonderful picture at the end of the picnic. We were all tired from a long, but wonderful day. I think she was ready for a nap. 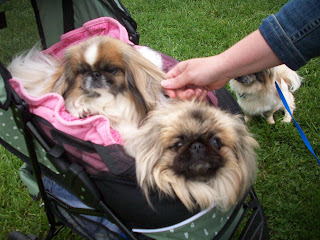 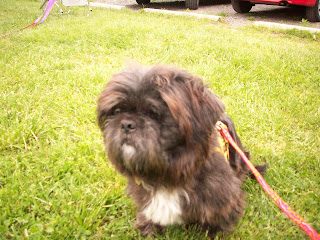 Sebastian looks GREAT! Remember, I thought he was dying and OLD in the shelter, so took him out to give him a safe place to end his days. As he recovered at Tiffany's, we realized he was only about 3 and doing great once he was cared for and on good food, and had medical care. He's a really sweet dog-- we're looking for a home for him. 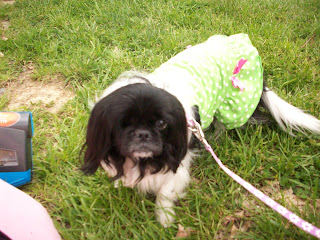 Wanda, Desi's sister, is really to go home. I know it was a long day for you sweet girl. 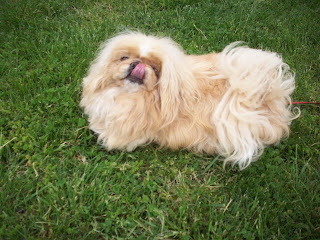 Ming, Gloria's big boy, was a sweetheart. All hair-- well, he's still a big boy even without the hair. 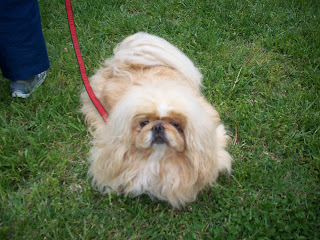 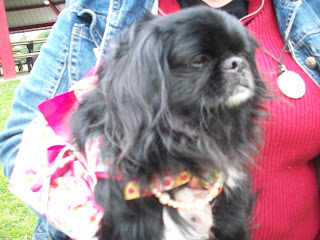 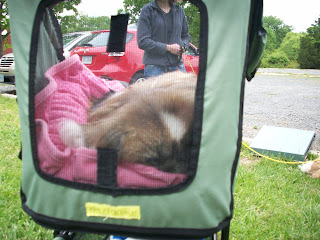 And Nobel gave up and went to sleep. 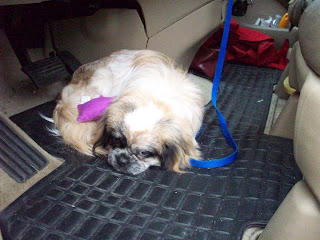 And Harper got into the car and fell asleep. 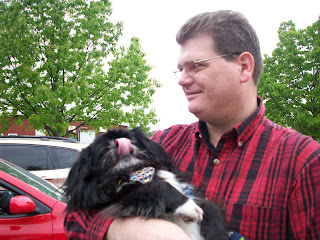 And Bear just laid back in Roger's arms and licked his face and relaxed. He's a foster dog and still available. It was a long day-- we all worked hard to make it such a great day. After all, greeting people and talking and eating and having fun is hard work!
Posted by Linda at 1:00 AM

Oh Linda - I could just pinch that big boy Ming !!!

Wow, you really got some great pics! I have been showing mine to everyone. In fact, I have a few I am going to have enlarged and do a collage I think. All of you did an amazing job of preparing an amazing event!