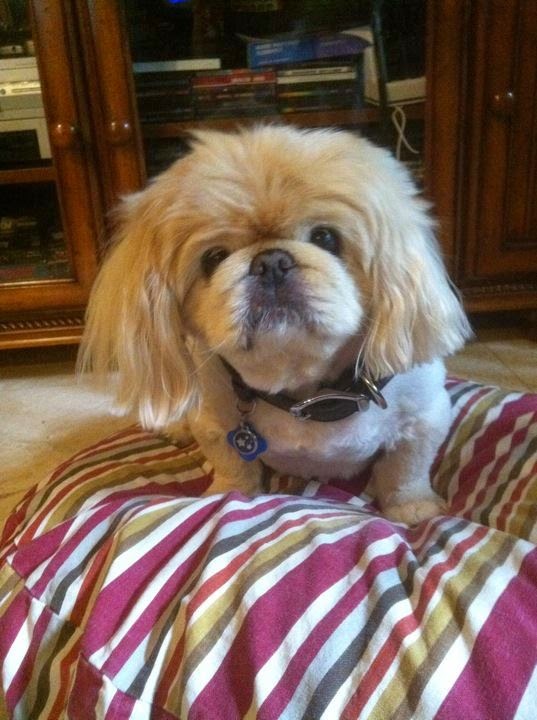 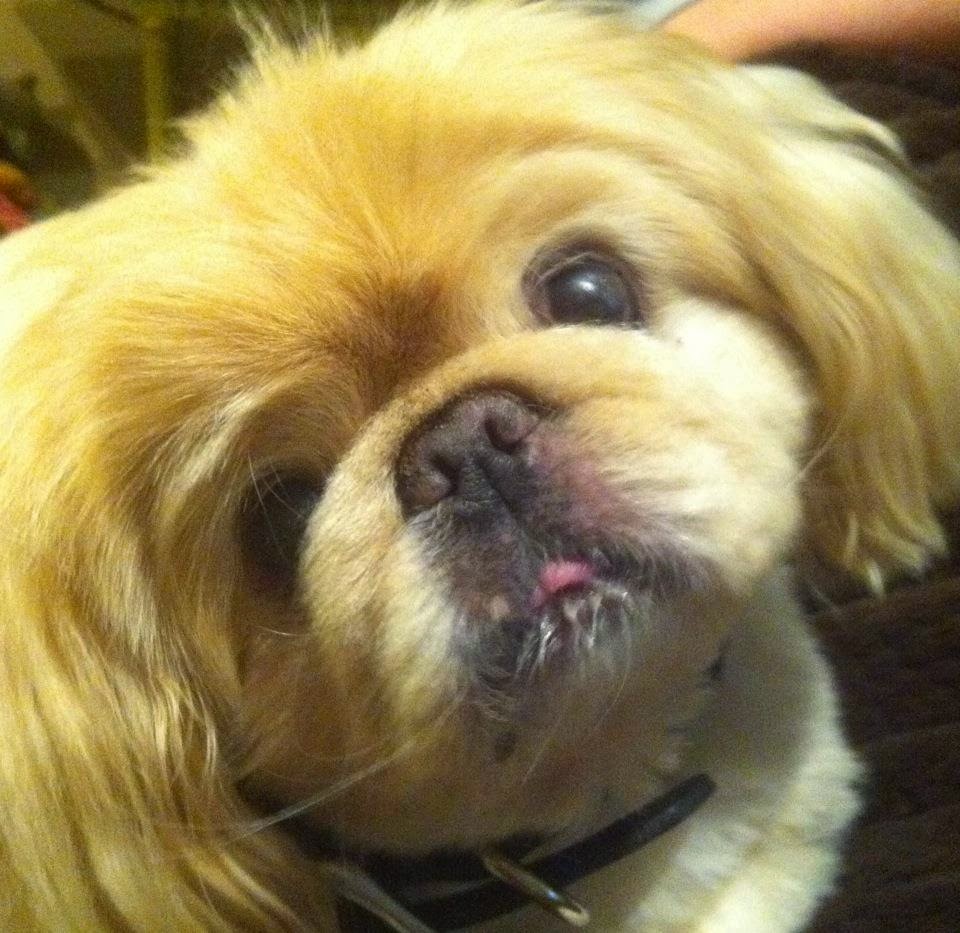 Tina said he had every medical condition you could imagine and he was blind.     He had eye surgery, and his eye lashes were cryogenically removed because his eye lids curled into his eyes.    We encounter so many eye issues with our foster Pekes.   We do nasal fold (eye fold) surgery a lot to remove the hair/fold that is rubbing the eyes and which leads to scarring and loss of vision.    Ted loves to explore new places and eat!    He is 15 years old now (August) and is a feisty little guy that loves to be cuddled. 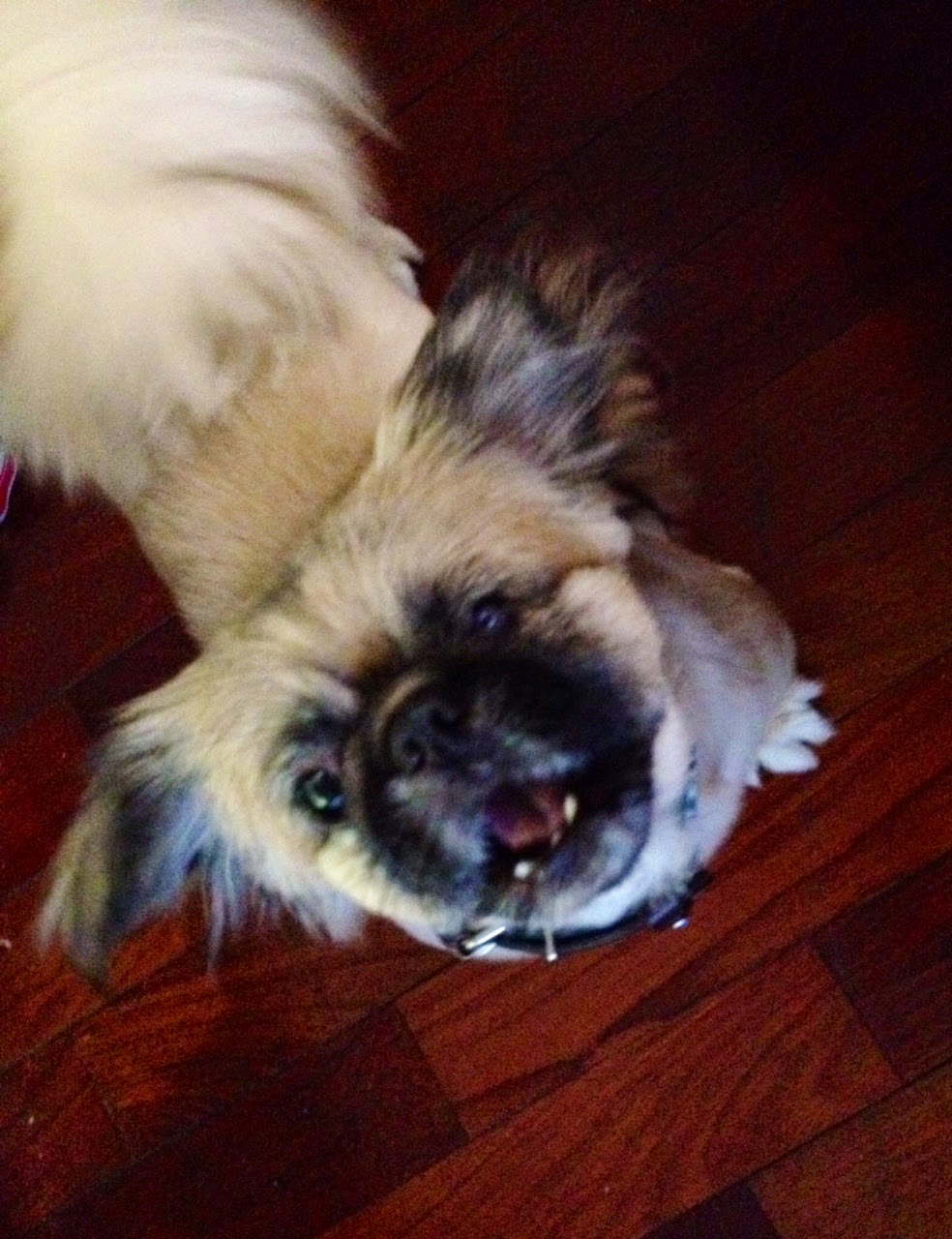 Jaxson, above, came straight off a mill rescue transport.   His "bulgy eyes" made the breeder decide that he had no more use for him. 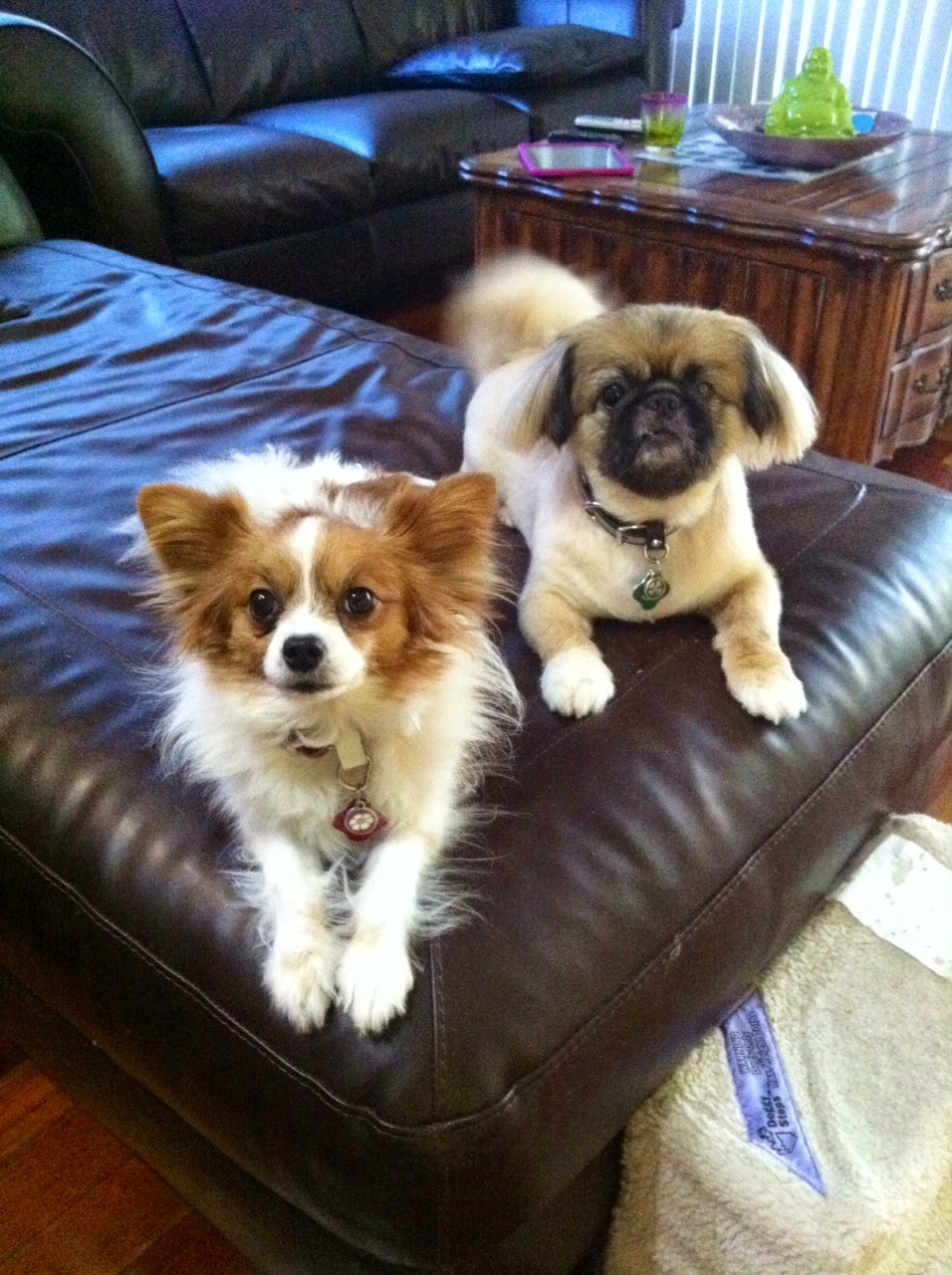 Here he is with Olive, his sister.   You can tell these dogs are extremely well cared for and loved. 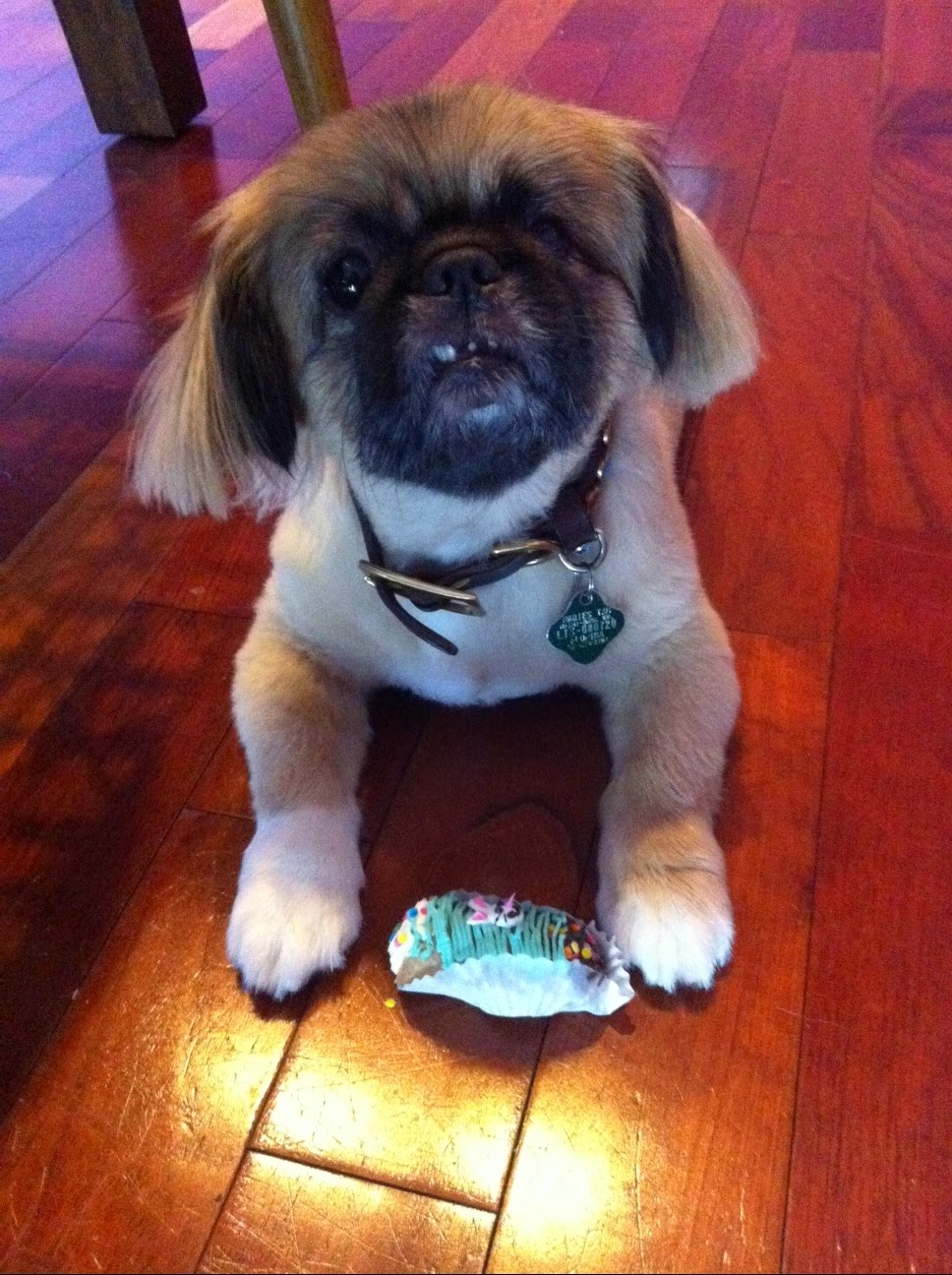 Jaxson had severe eye issues and several operation later, he is a happy guy who loves with his whole heart.    He was 7 when he was rescued in 2008 and is almost 13.   . 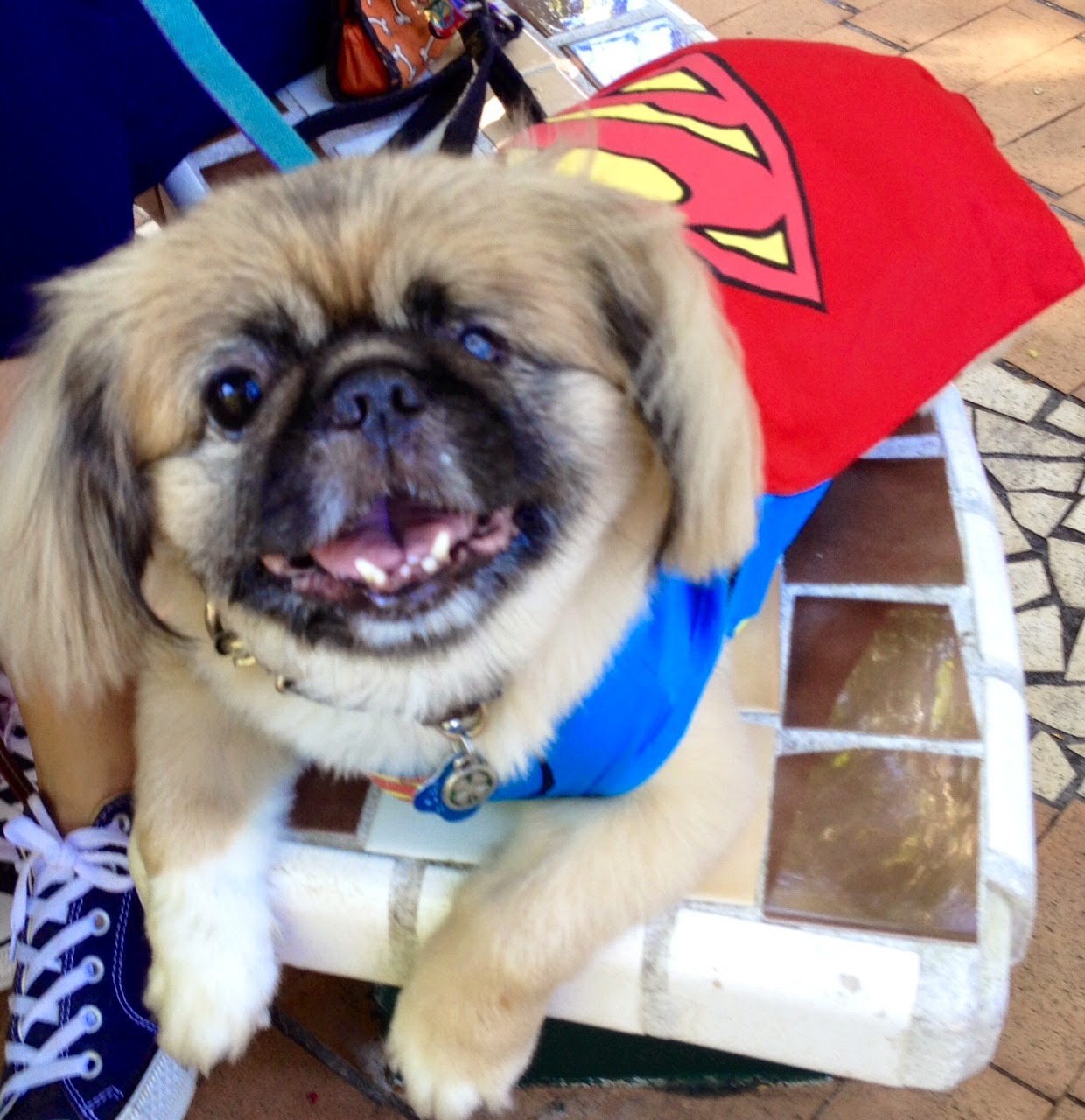 Jaxson runs and jumps and loves life.    His mom loves her four dogs so much and that's why she continues to try to help others with the  treats they make.   If you want to look into it, go to Click here: GroveNaturals - USA Made Pet Treats.
Posted by Linda at 1:00 AM

I tell you Linda ... there is a place in Hell for Puppy Farmers!!!