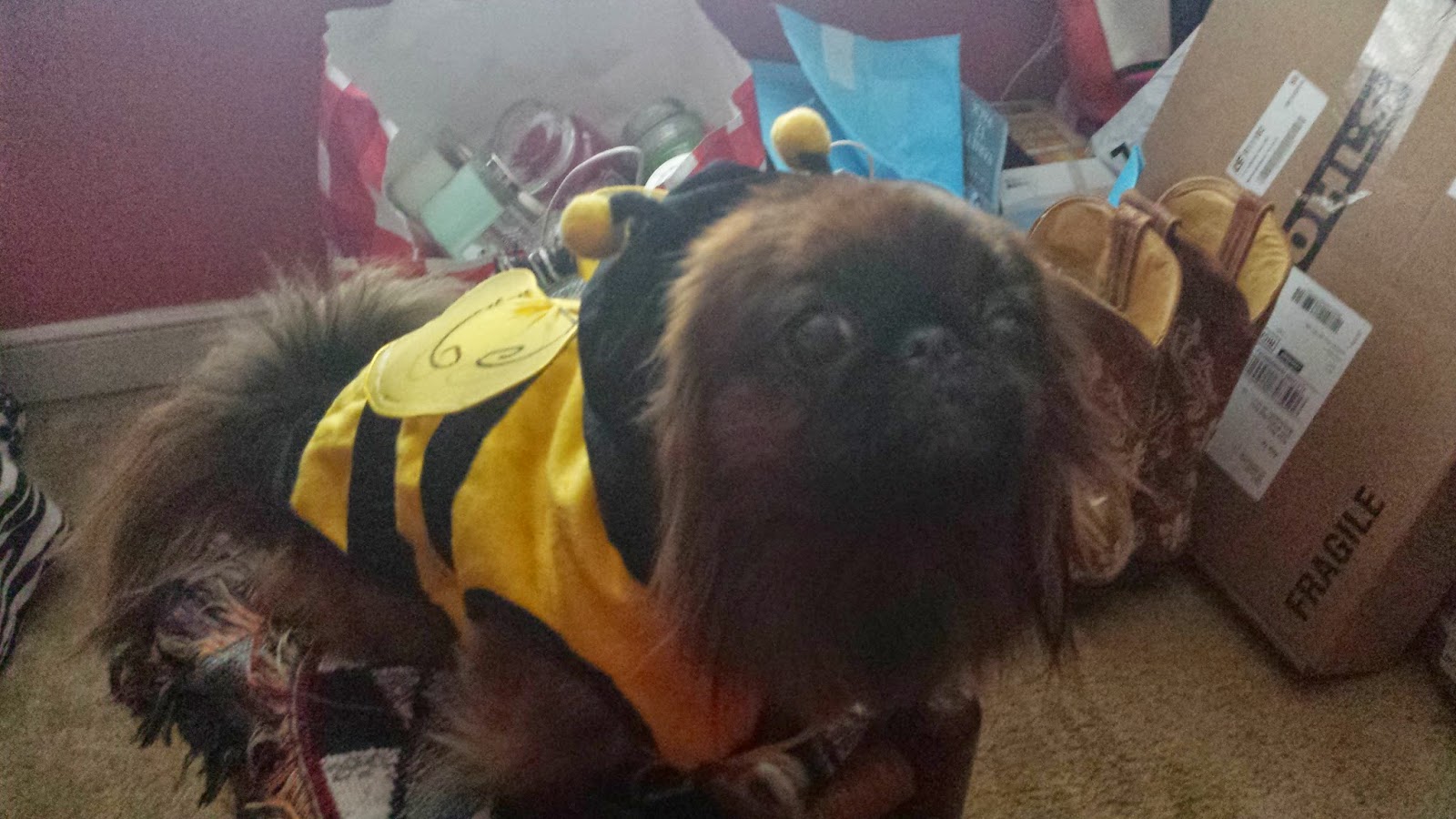 I received more pictures (or found some on facebook) of more Halloween doggies.    Mollie was NOT thrilled to be dressed up! 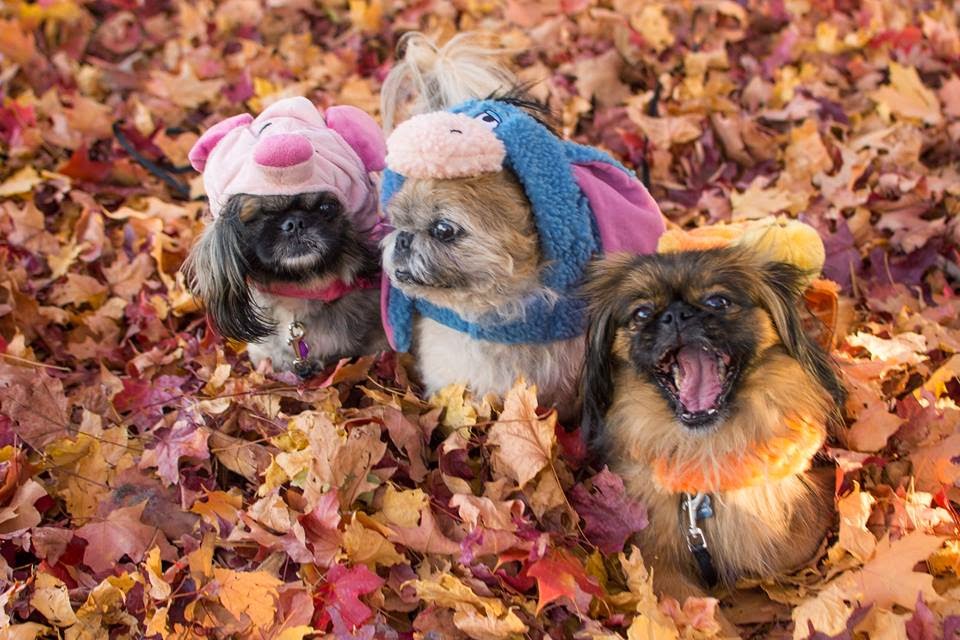 Pudgie, Chompers and Schmoo were so cute-- Hey Schmoo!!   You sure have a great family! 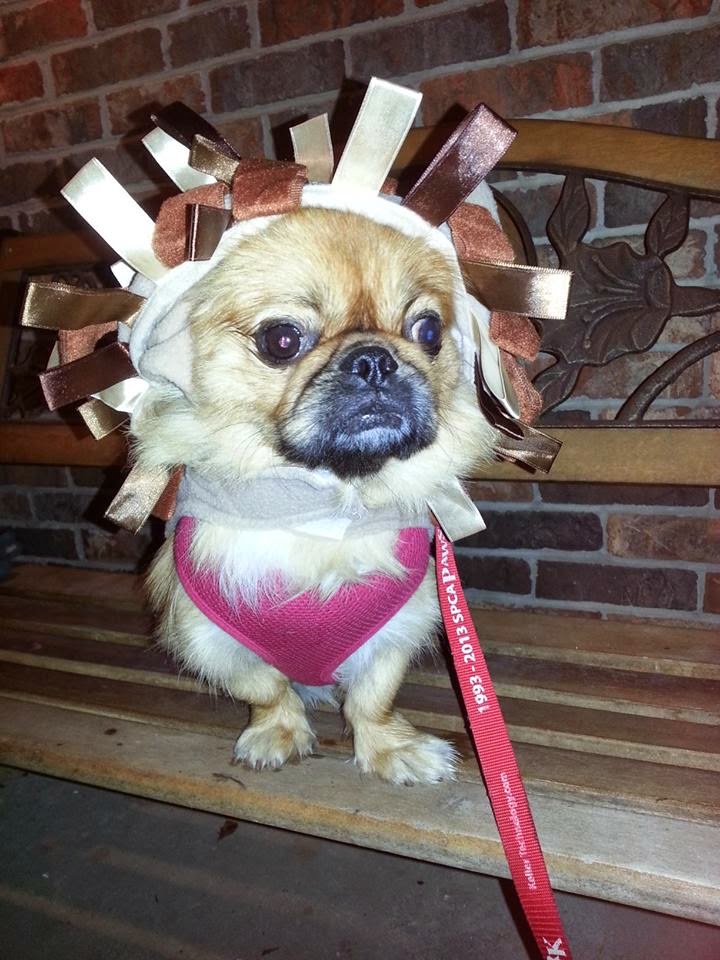 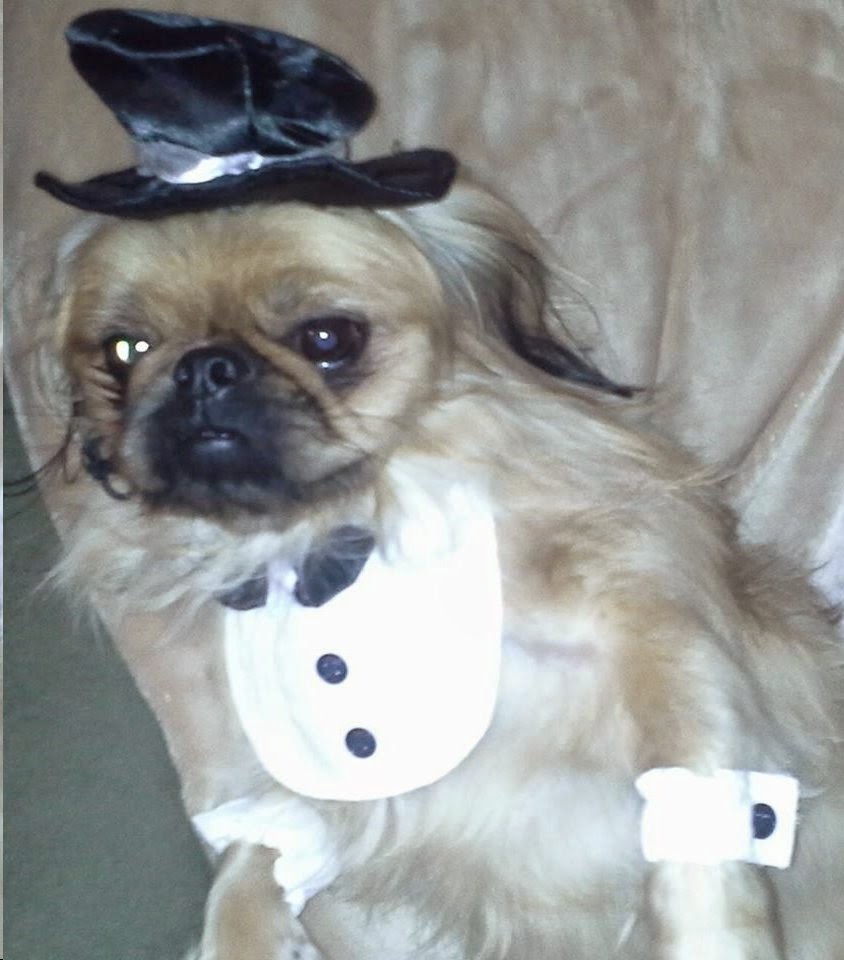 Milo is ready to be formal! 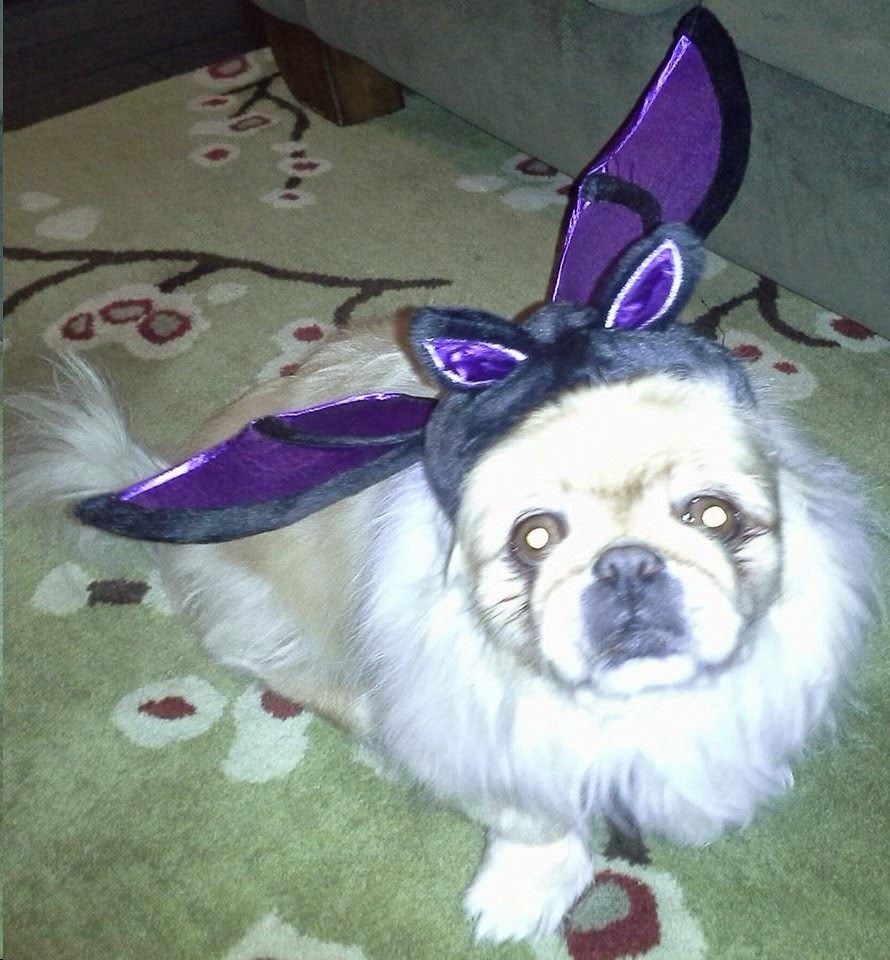 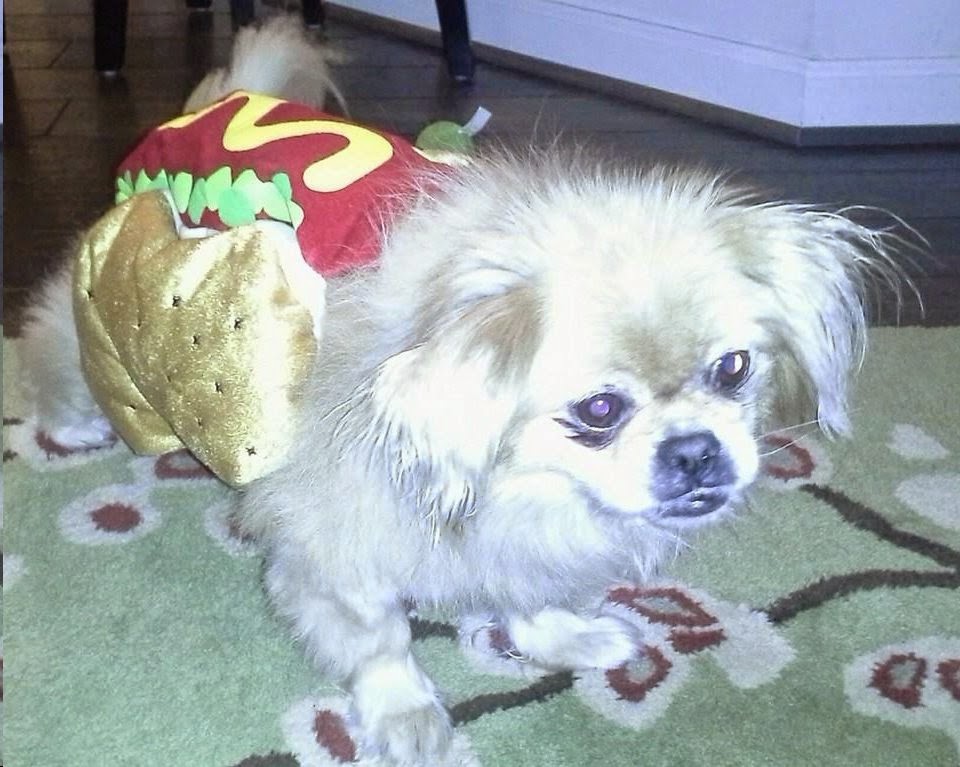 Mika was a hot dog-- she was NOT thrilled. LOL (She is the only girl in the family with Milo, Luca and Sir Jenkins, below.) 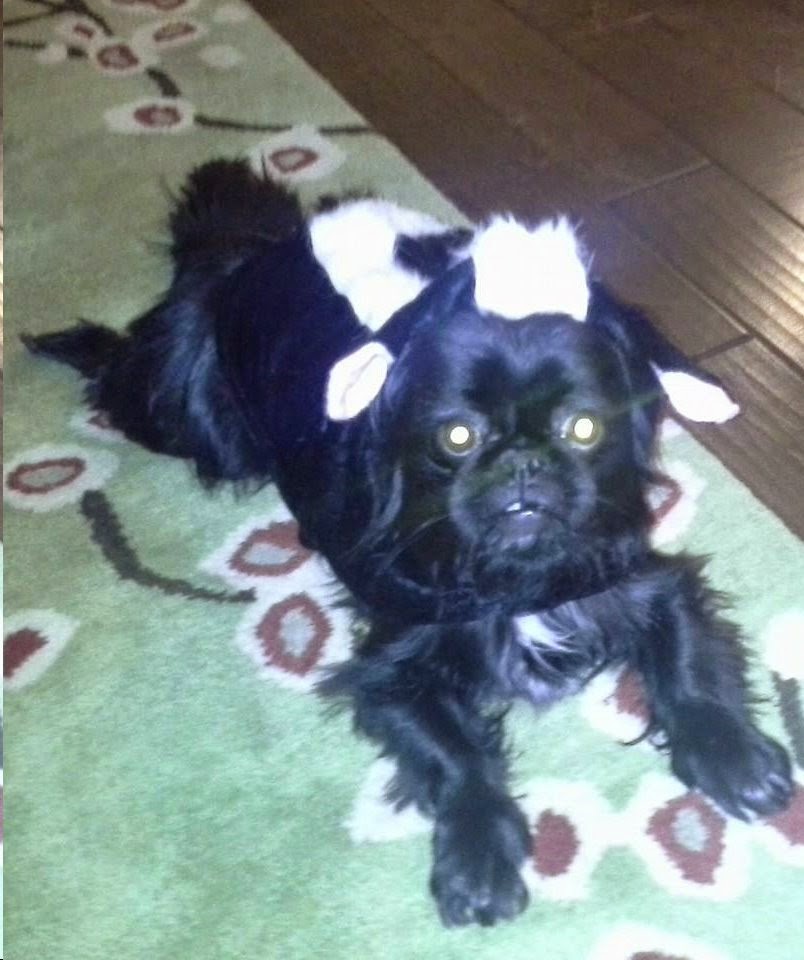 Sir Jenkins was adorable!    He's such a  good boy! 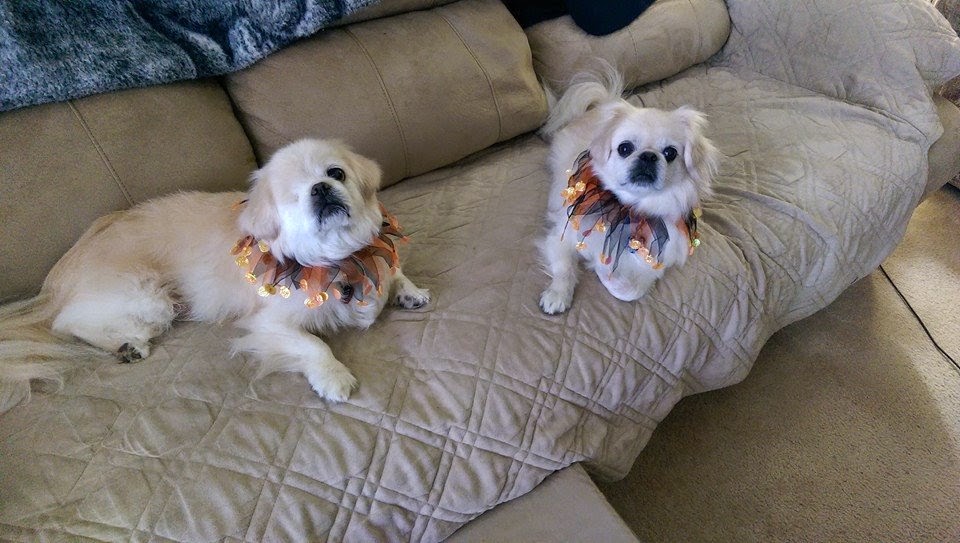 Lisa's boys, Dakota and Rocky with their Jester "necklaces" on.    Are you jingling? 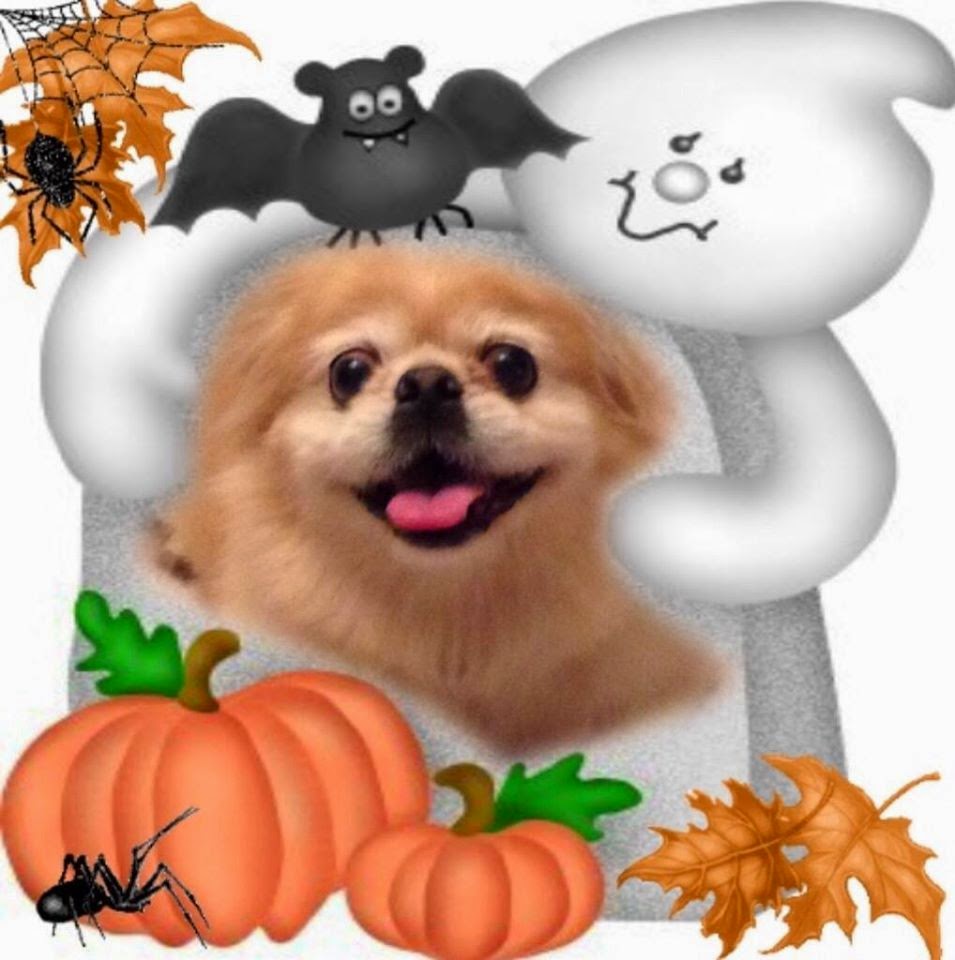 Maddy is sitting in the middle of a ghost and pumpkins.  He's a happy boy! 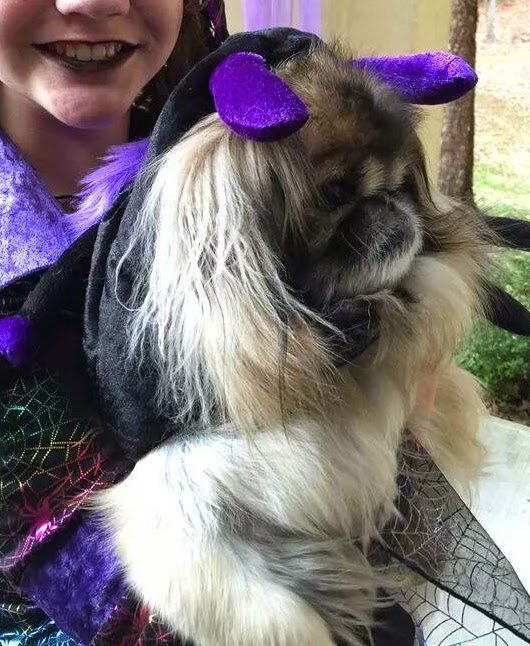 Maggie was one of my fosters.   I have her brother, Max, who became my boy.   Isn't she adorable! 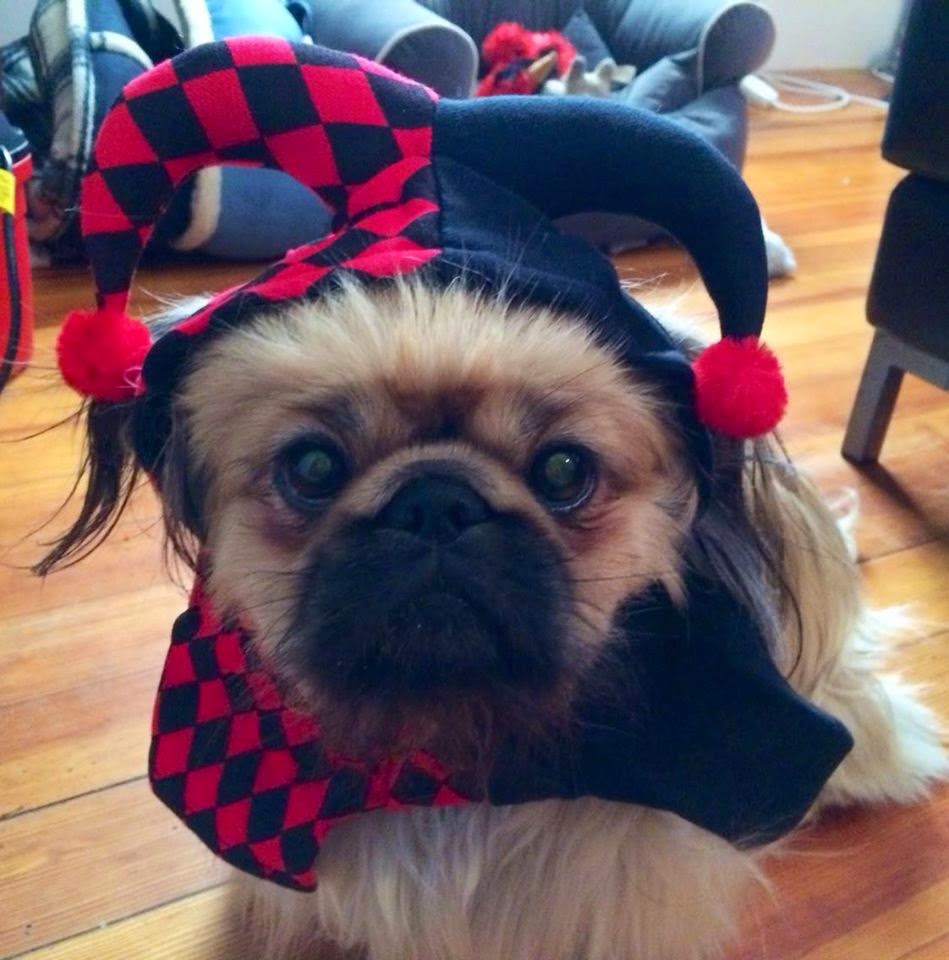 And last, Thursty!   His name is Thurston, but he's known as Thursty, a nick name that I just love!  He was a court jester this year.   He's adorable!!   Thank you for sharing your Halloween pictures!!
Posted by Linda at 1:00 AM