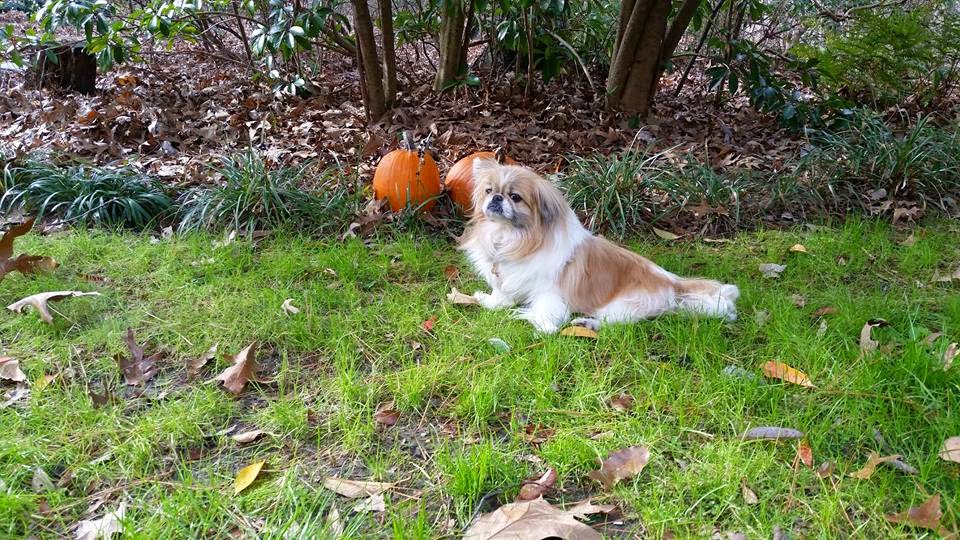 I met Beth and David when they adopted Wylie over five years ago.    I can't believe it's been five years. 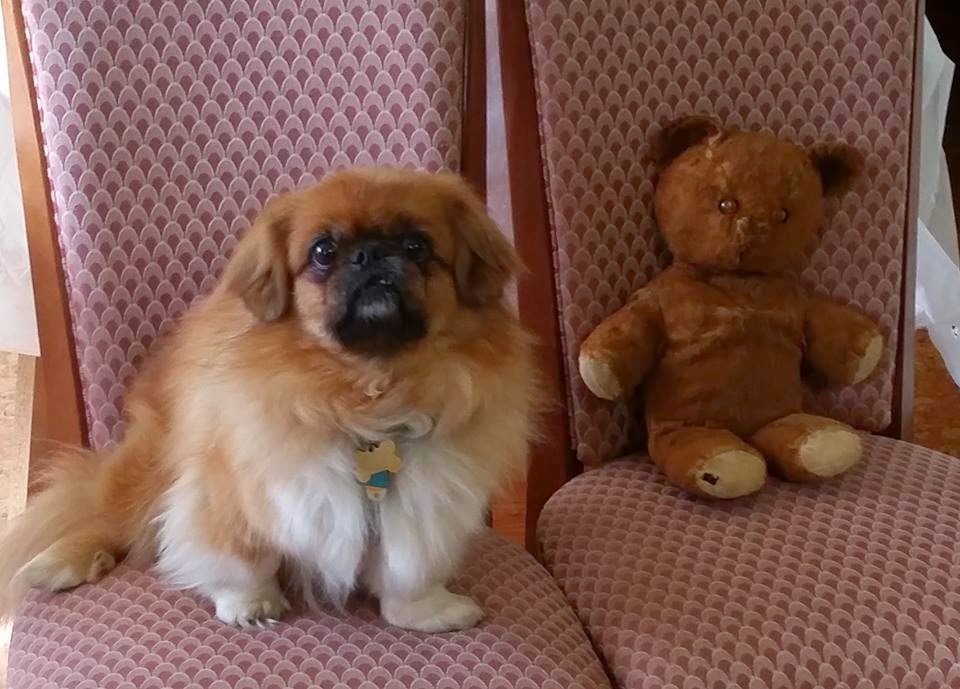 Cosme is a total sweetheart!   Beth thinks he looks like her bear-- I can see the resemblance. 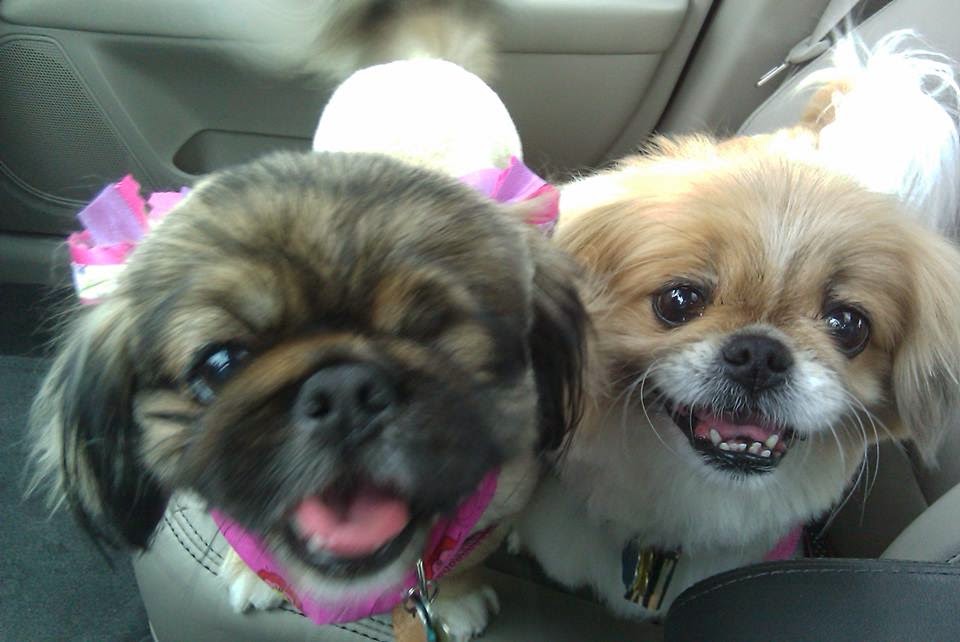 Lily was adopted the same day as Wylie and they became instant friends.   Lily watches out for Wylie as he has gotten older.    Wylie sometimes needs help getting up, getting out of corners and other places and Lily lets her mom and dad know.  She will bark continually until they come.   Lily is his little guardian. 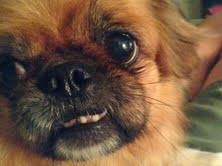 Cosme loves long walks with his mom-- she said he is the fastest Peke they have.   He has power paws! 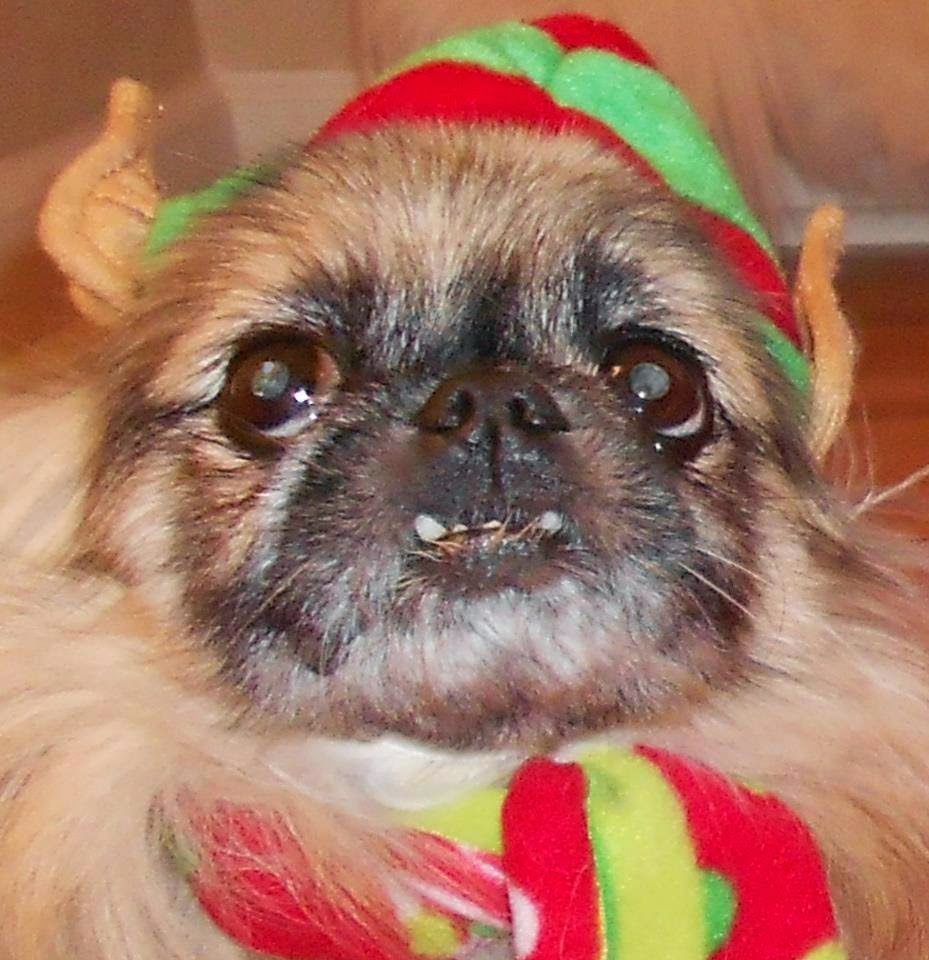 Ted came to them as a foster with his brother Cosme.    He loves car rides-- and he puts up with funny outfits. :-) 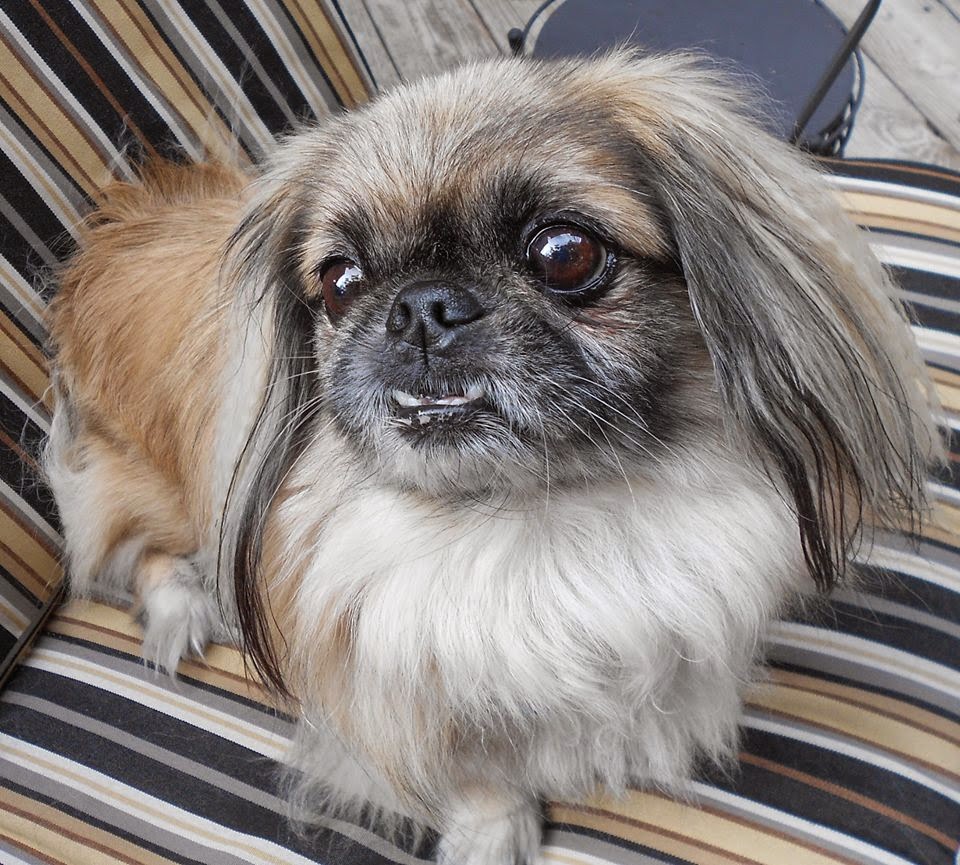 He is a beautiful little boy! 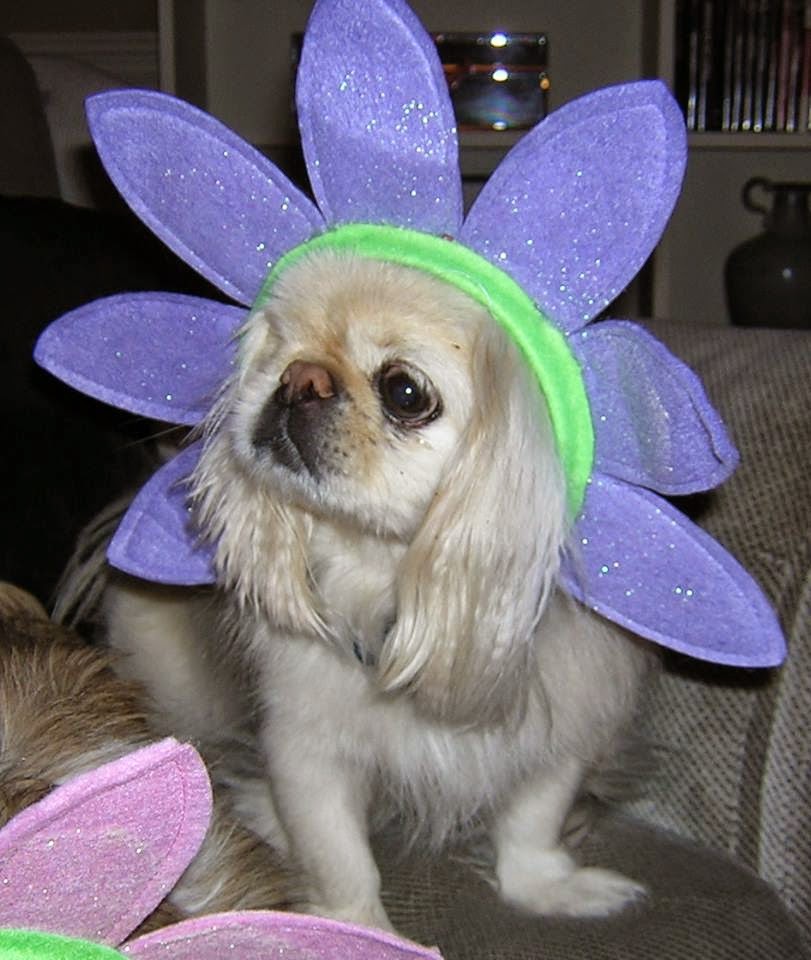 Missy was also one of their fosters.    Like me, they have a house full of rescue Pekes. 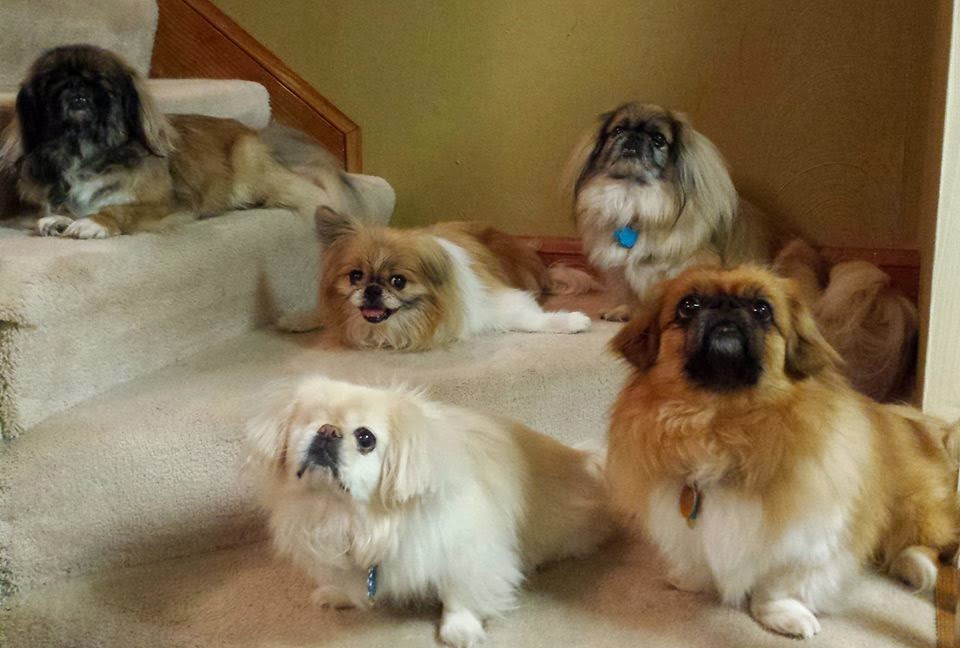 Here they are!   Lily is on top, Wylie and Ted at on the next step and Missy and Cosme are on the bottom.   They are a beautiful group!
Posted by Linda at 1:00 AM

Oh they are all beautiful Pekes!

If I broke into their house in order to pinch a Peke .... hell, I would not know which one to choose!!! LOL