BENJAMIN COMES TO THE PICNIC 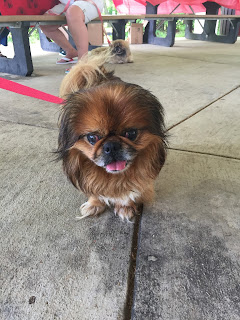 Benjamin was in a Baltimore shelter and his owners did not come for him. 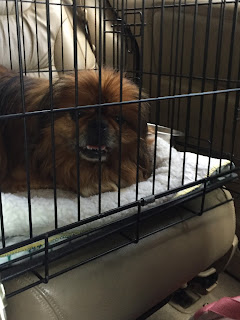 So, Celeste picked him up at the shelter for us (thank you!) and brought him to the Peke Picnic. 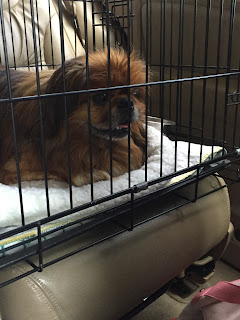 He was so good in the car and traveled to Virginia Beach. 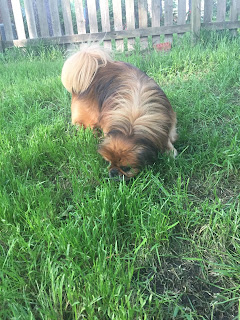 When he arrived at my house, he explored the yard. 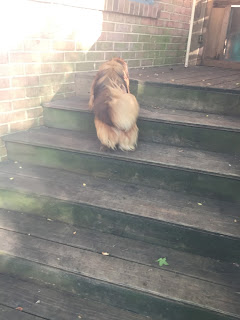 He went up the stairs... 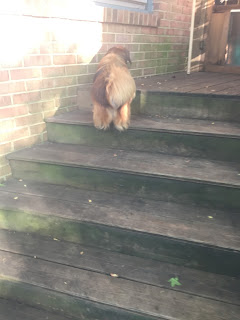 All on his own! 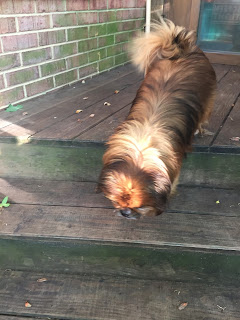 He went back down the porch stairs. 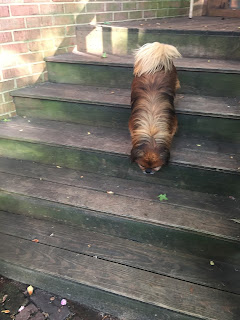 I was so surprised!  You see, Benjamin is blind. 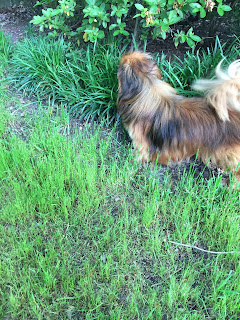 He went all around my yard. 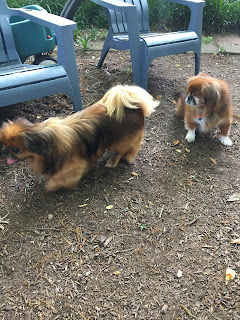 He met my  Kai Kai.  They have similar coloring. 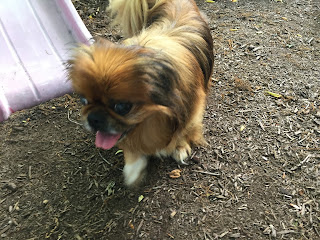 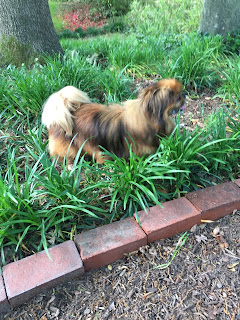 Beach Bit was confused--at first he thought it was Kai Kai, but Benjamin has eyes, and Kai Kai does not. 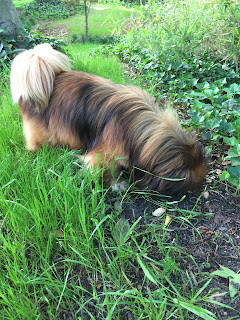 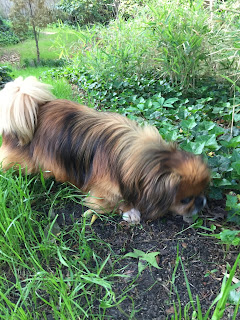 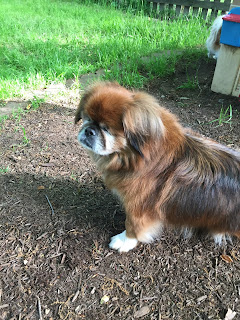 Kai Kai just sat and listened to the new dog. 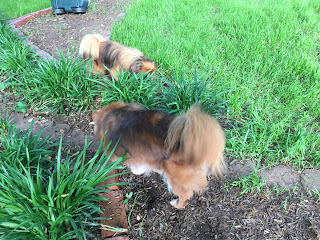 And then he went to find him. 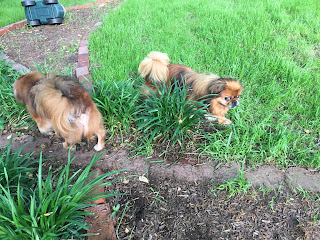 And these two blind dogs just passed each other by.  No problem, they were busy sniffing. 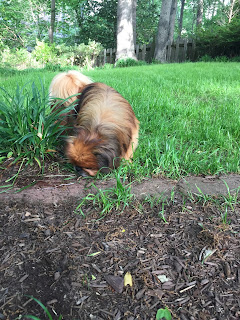 Benjamin saw the ophthalmologist yesterday.  I called this morning (I have taken several of mine and quite a few fosters there), and they said bring him in with Furby who had an appointment.  Benjamin has very dry eyes, and will be on four eye meds.   He has to have the main ones 3 times a day, and lubricating drops every few hours.  He needs to be fostered with someone who can keep up this schedule.   (I have several who offered, but Benjamin is going to need eye care every few hours.) 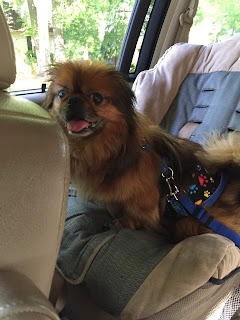 There is some hope that he might get some vision back.  I hope so!!   He is only about 5 years old. 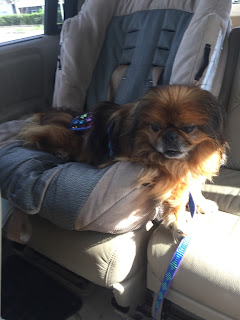 He will be neutered on Monday, and will stay here until then.  He is not housetrained, so we are checking for a bladder infection.  (We did all his bloodwork, etc. yesterday, so I'll have more information soon.) 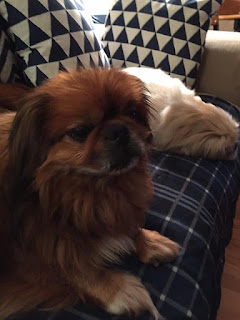 For now, he is wearing a belly band inside, and hanging out with me and Kai Kai and Furby on the couch. 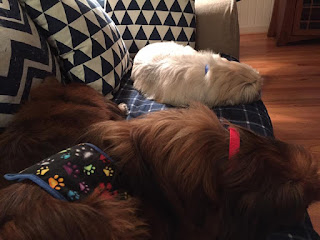 He is very sweet, and lets me do his ear meds and eye drops without any fuss. 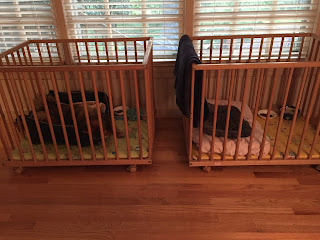 Here are his sleeping quarters. :-)   He and Furby have identical playpens to stay in when I can't watch them or when I am gone.   They can keep each other company and I am sure the rest of the Pekes will chat with them when I'm not in the room.   Welcome to rescue, Benjamin!!
Posted by Linda at 12:30 AM

Oh I wish I lived near you as I have the time to do Benjamin's eyes !
He is just so handsome !
Linda .... with practice people get Really good at it and so does the dog so - please - if someone is reading this and thinks they can do this - you can!
I hope someone adopts sweet Benjamin.
Oh Linda .... he does look like dear Kai Kai !!!!

I hope the picnic was a success!!!