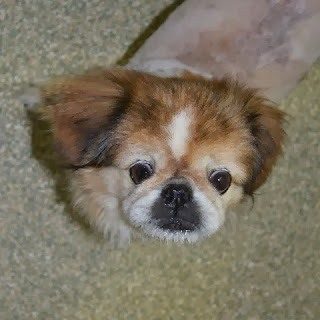 Fiona came into rescue from a DC shelter two years ago-- she had to be shaved down because she was so matted and dirty. 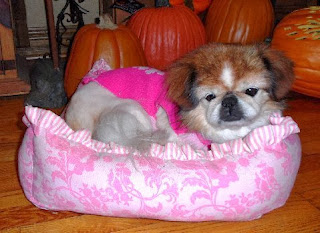 She went to Lucinda and Roger's and we realized she had neurological issues.    So, she stayed with them. 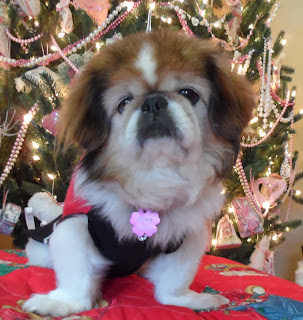 She had trouble getting around, but she charmed everyone around her. 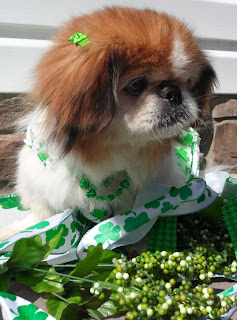 She dressed up for holidays... 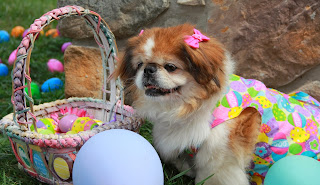 I think sweet Desi loaned her some outfits.    (Desi has plenty to share.) 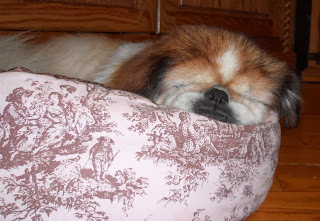 Fiona struggled a lot, but she kept on going.    Lucinda knew what meds she needed and did all she could for Fiona. 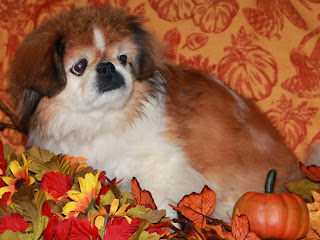 Lucinda sent me an email:   "Today we said goodbye to Fiona.   She came to us a little over 2 years ago from a shelter in DC where she was found as a stray wandering the streets. 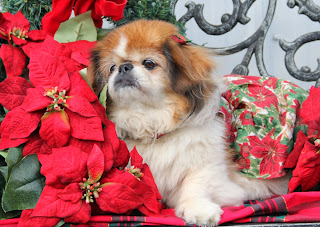 She had neurologic issues, but she was a happy dog. 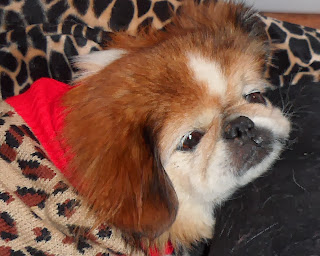 She spent her time with us being spoiled and loved. 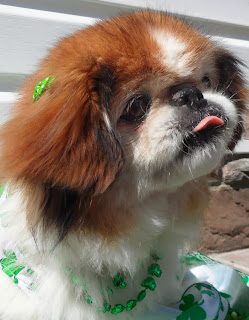 She traveled to work with us every day and loved being a mascot. 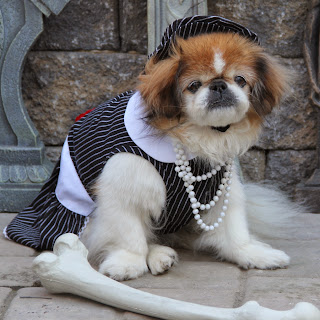 She had numerous photo shoots (Desi let her share the limelight a little). 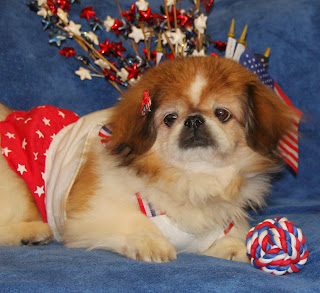 As her neurologic condition deteriorated, we took her to a specialist, but there was nothing else that could be done. 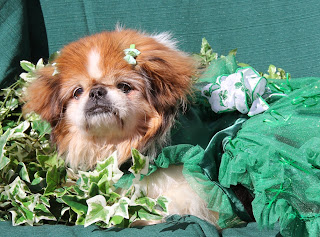 We spent her last months pampering her. 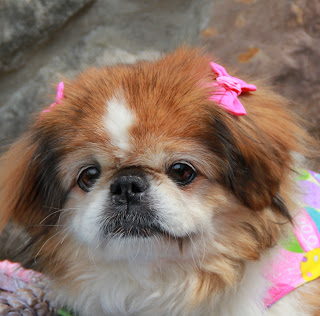 She was handfed whatever she wanted and carried everywhere she needed to go. 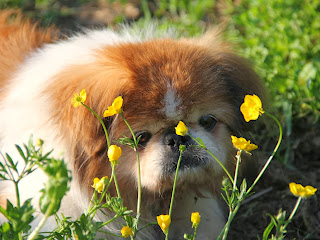 Today her brain disease progressed to the point that she could not remember how to swallow and she had difficulty breathing. 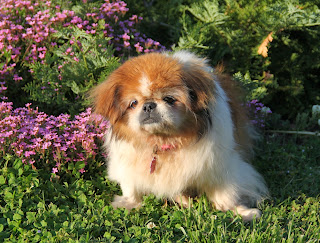 It broke our hearts, but it was time.   She left this world in her dad's arms. 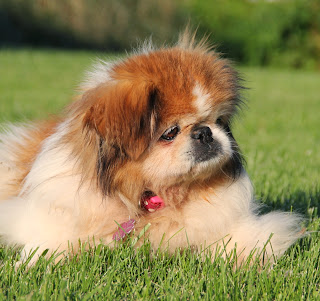 She deserved that after all of the love she had given us.      Adopting an older or special needs dog comes with a price, but we would (and will) do it all again, because every dog should have the chance to leave this world knowing that they are loved. 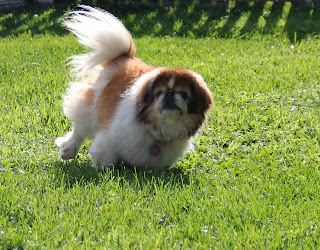 Desi was beside Fiona as we let her go and has not left the spot since.   They never seemed to be great buddies, but Desi is really missing her." 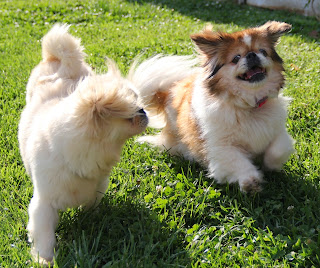 There have been too many losses-- four-- for Roger and Lucinda in the past two weeks.   They have taken in special needs' Pekes and have loved them so much, given them all they could possibly have.    Fiona was one of them.    She is now with Brumby, Rook, and Puji.    Our hearts go out to Roger and Lucinda-- their hearts have lost too much.    Run free, sweet girl!

Lucinda ,Roger and dear sweet Fiona- you are in our prayers !


The girls from Australia .

Dear sweet Fiona - I loved seeing your pictures - My heart goes out to you, Roger and Lucinda, as I know how muc I miss my Darby

Lucinda and Roger, God Bless you on this day for the loss of your sweet Fiona! I somehow see the name Fiona as synonymous with the Fiona on Shrek, strong and fearless. She had the right name as that is exactly what she was as she fought her way through the end of her life with her mommy and daddy guiding the way. She was blessed to have had you shower the love on her the last few years of her dear life as we never knew what her life looked liked before coming to you. Your in my prayers as I write this with tears streaming for a loss that was so true and the love I feel for what you have done for this little Peke that deserved nothing but to love and be loved to which she had with you. Please know that your every effort was not countless as I believe we will see our little ones again and then let the joy begin :)