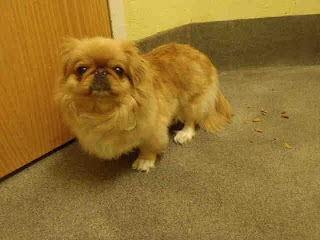 Annabelle came into rescue in 2012.  She was a stray at a shelter in Maryland. 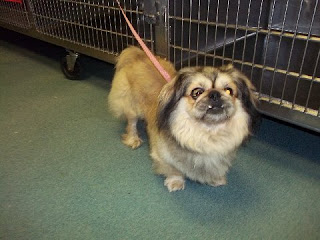 Jojo came into a shelter the year before.  He had been abandoned in a crate at a convenience store.   He waited there, in the crate until someone realized no one was coming back for him.   We were asked to take both of these sweet dogs and we did.    Jojo was adopted first and then a year later, Annabelle joined the family. 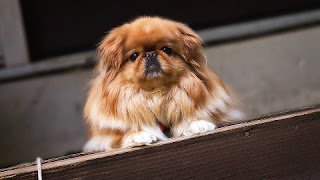 They both became beautiful dogs.   Jojo lost an eye (the eye was never good), but he does just fine without it. 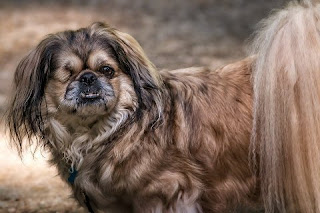 Jojo's dad emailed me once to say he was taking Jojo to the mattress store to find out what his sleep number was-- so funny! 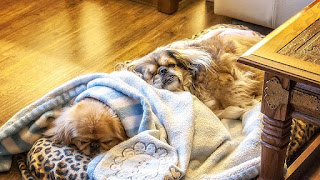 Jojo loves his Annabelle and Annabelle is definitely in charge.  She's a tiny thing, but small is BIG in Pekes!! 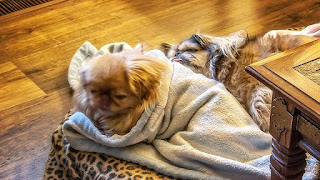 I love when our adopters come back and adopt another.   We know what great homes they are and staying in touch is so wonderful!    Annabelle and Jojo live in one of those great homes.
Posted by Linda at 12:30 AM

Thank you once again (there's never too many of these stories) for giving life to Pekes who got the rotten end of the stick at some point in their life. Thank you and others like you who always somehow find a place for a Peke who needs saving. Thank you for being careful and diligent when you chose a family to become the Furever home for those not lucky enough to get one in the beginning.

And thank those who you deem qualified to take in a Peke and maybe even two Pekes. It takes a special kind of love to rescue and then chose a home for that rescued baby.

Each and every one of you have earned respect and admiration for all that you manage to do. Most of all thank you in particular for telling us the stories behind those that you have saved.