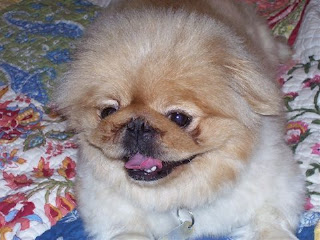 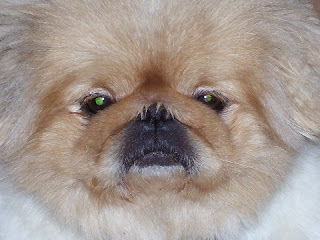 He was turned into a shelter by his owner because he had breathing issues. 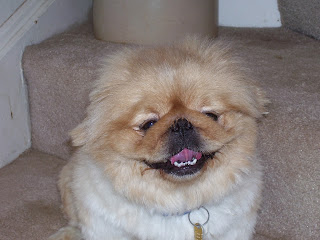 His nose is extremely flat and he had stenotic nares and an elongated palate. 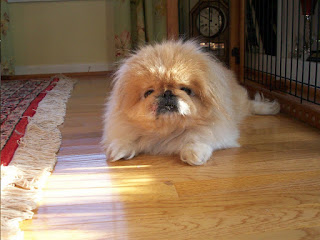 Yogi was 5 years old then-- he's about 14 now.   He was SO sweet.   Robin, his foster mom, and I went on a home visit in the Baltimore area.   That was a LONG drive for me!   Yogi went into respiratory distress and had to go to the emergency vet.   He was having so much trouble breathing.   Needless to say, Yogi was not adopted.   He had stenotic nares surgery to open his airway so he could breathe better and he went into cardiac arrest, but was pulled out of it.  He also had his elongated palate repaired so he could breathe better.  He has stayed with Robin since then and is such a delight. 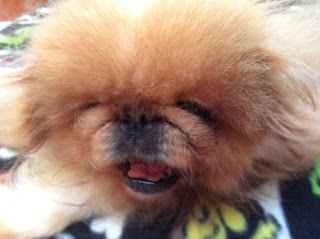 He lost the use of his legs a year ago but he still gets around.   He loves his mom--and she loves him.   He is such a dollbaby!

Click here: Brachycephalic airway syndrome in dogs and cats
Posted by Linda at 12:30 AM

Oh he is a dollbaby .... that is what happened to my Moi Moi .Miss her so much.