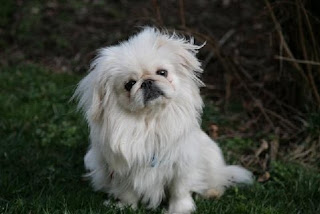 Sammy was an 11 month old Pekingese puppy when he came into rescue in 2007.  He was very smart! 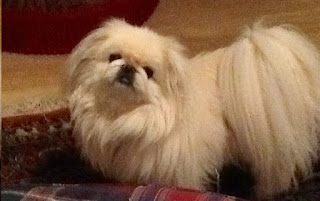 Sammy thought he was the boss and he still believes he is. :-)   Before his brother, Gizzy, died last year, Sammy was definitely the alpha dog there.   But, they loved each other. 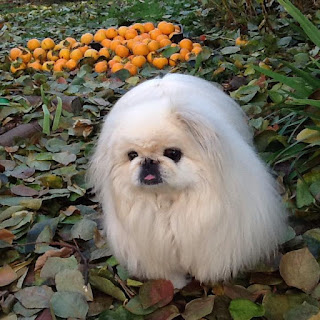 Sammy was adopted and he later moved to Germany!!  Wow, from rescue puppy to international dog! 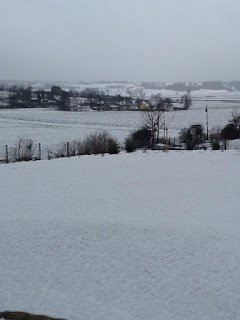 His mom later moved to Italy-- and this is one of the views he has.   Stunning.   I wonder if they accept visitors! 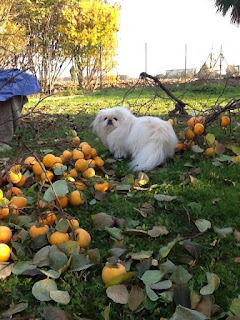 He is still a terrible guard dog-- he is above that lowly duty.  He rides in the car like a king-- in a car seat.   That gets a lot of attention over there! 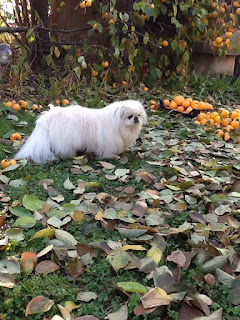 Sammy's mom and I email a few times a year and I'm so glad.  I love hearing about him, and her life there.    I was in Italy once many years ago and it is a beautiful country.   I'm sure Sammy thinks so, too!
Posted by Linda at 12:30 AM

I do hope Sammy is telling all the Italians that paste was invented by the Chinese and brought there by Marco Polo !
Pekingese are so clever :)