In rescue, we take in dogs from shelters, owners.... 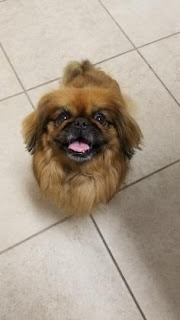 A Maryland shelter asked us to take this one.  Can we say CUTE! 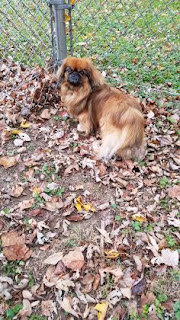 He was very timid in the shelter and they were hoping we could put him into a foster home to help.  Yes we could! 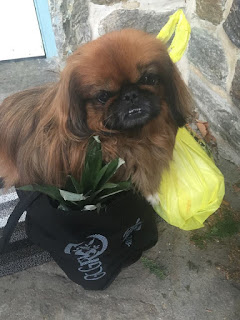 Sometimes, though, things don't go entirely to the plan I have.  And this one was one of those.   A friend went to pick him up.   She has adopted from us and is a fabulous owner-- I love her!   So when she asked if she could keep him, or course, I said yes!   She was fully approved to adopt, so I knew he was in a great place.   After much debate, they decided to name him Genghis. 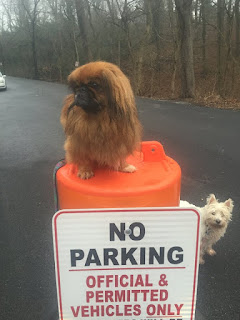 Barbara, his mom, and Lara, his human sister, send me the funniest stories and pictures of him.    (That's Aeneas photo-bombing there.)  Genghis was directing traffic here.  He trying to take over the world. 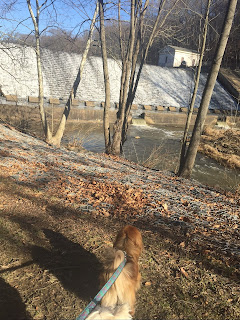 His mom said, "The little Genghis has the best time everyday jumping, flying ,throwing toys, racing nonstop thru the house. He is a force to be reckoned with." 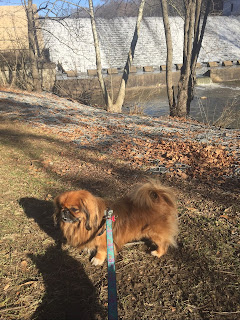 "He also is very attuned to sounds.  He loves music to be played and he cocks his head at many junctures." 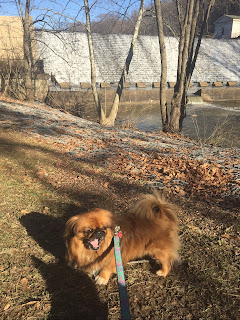 "He loves the cello sounds, he rotates his head; moves his ears back and forth. I have never had a dog do this." 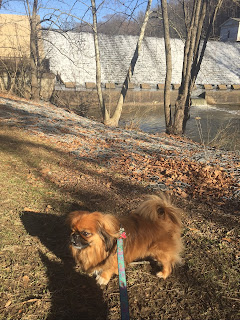 "He is adored by us and tolerated by his canine friends."  This is not our "regular path" in rescue, but Genghis sure ended up in the best spot he could have!!   Thank you, Barbara and Lara!  Keep sending me the stories and pictures.
Posted by Linda at 12:30 AM

Well Genghis Khan was a warrior and a ruler so no wonder this little red Peke is ... well... Bossy!! LOL