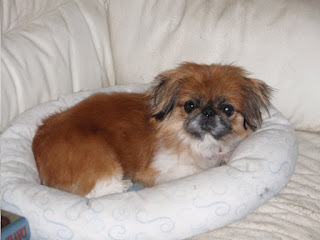 Shelby had a rough life before we got her.  We found her owner, and returned her, but then she came back to us a few years later.   If we could have kept her at the beginning, she would have been better off, but we are a rescue and bound to return a "found dog" to her owner.   At least, the owner wanted us to take her back later.  We were glad for that. 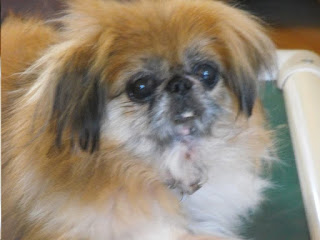 Shelby came a long way and her eyes and coat/skin began to improve. 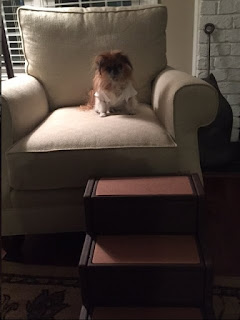 After Jeanne was diagnosed with cancer, her vet offered to take Shelby and she has been given great care from him and his wife.  They love Shelby so much!  She is so tiny, compared to theirs, but I'm sure she thinks she is a big dog! 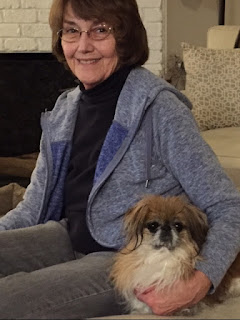 She was very comfortable with Charee as they all watched the Super Bowl.  I'm sure there were special snacks for Shelby, too.   I'm not sure who she wanted to win, but as long as she was loved during the game, she probably did not care haha.    She is such a sweetheart!!
Posted by Linda at 12:30 AM

Coco and I were not that excited with the Super Bowl ... we do not like football- from any country but ........ we LOVED LADY GAGA - WE SANG AND DANCED ALONG WITH HER!!!!