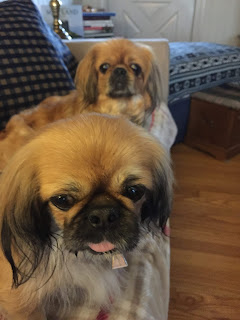 What happened at Camp Runamuck??  The Sisters want to know. 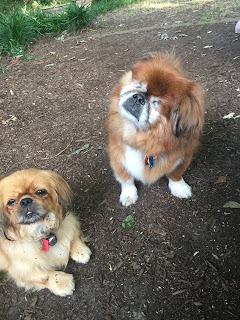 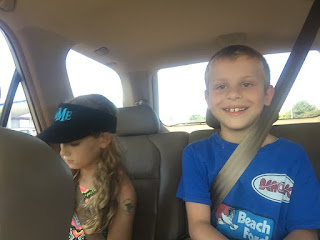 The Bits came for the week-end. 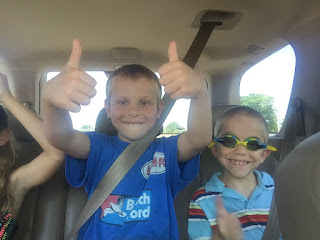 And we went to the beach. 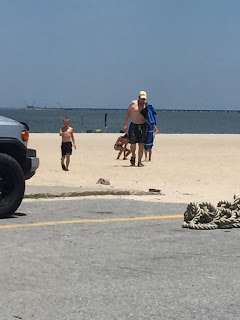 It was so much fun!  Beautiful day. 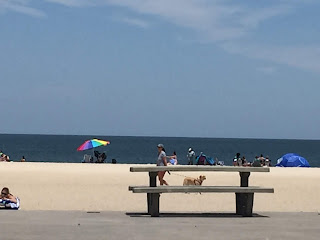 The bay was so relaxing. 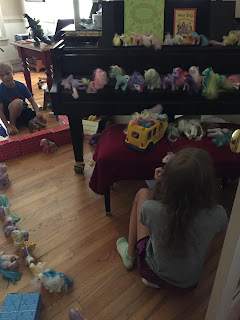 And then home.   Our previous formal living room has never seen so much activity. 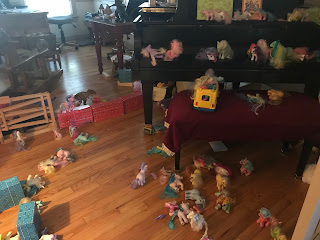 My Little Ponies were everywhere, even on the piano. 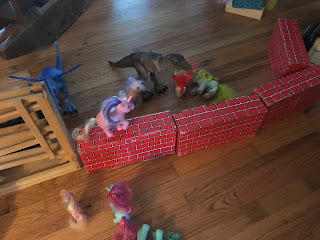 And there was a dinosaur there, too-- he took down a few ponies. 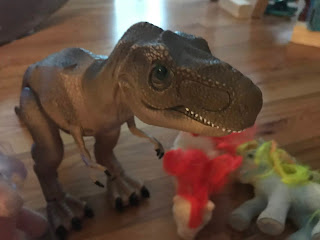 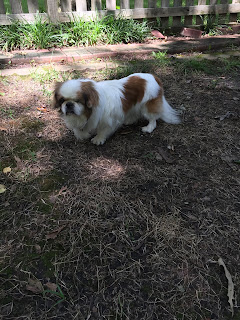 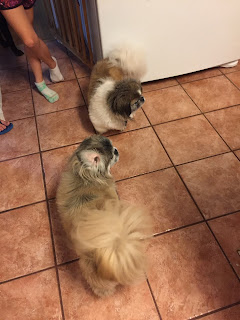 Chumley was just glad "his girl" was there-- they have such a bond. 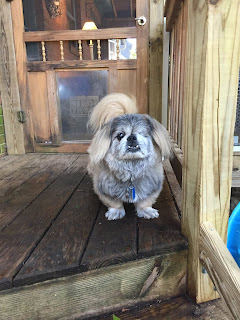 Max asked, "Have they gone home yet?" 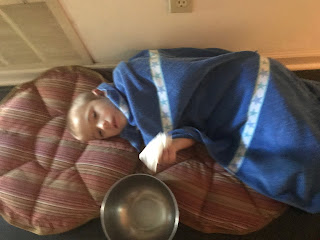 But, the "BUG" hit.  So, when you need a Bit near the bathroom, you just break out extra dog beds to keep them off the cool floor.   Works. 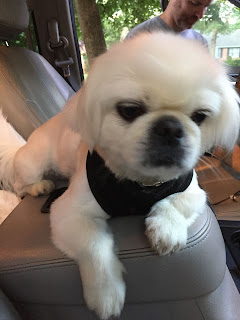 And then their mom and dad arrived to take them home.   And Granger got in the car. 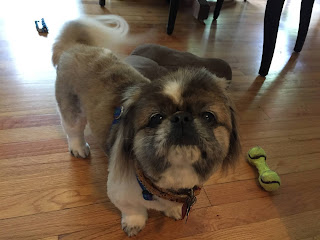 And Chumley asked, "Does my girl have to leave?" 💗 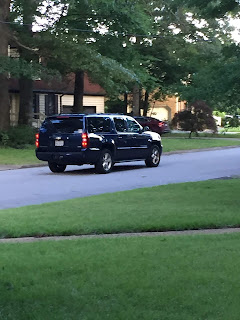 And off they went-- we had a great week-end over all.   All the dogs and Bits had fun (except for the virus).   We will do it again this week!
Posted by Linda at 8:52 AM

One of the sweet sisters showed her shock at what can happen at Camp Runamuck becomes the scene of complete chaos.

All ended well but they may have to bring in a complete team of professionals to return the house to its former orderliness.

Looks like you must be super tired now Linda!
Everyone had fun as you can tell ... shame about the bug that hit but I think the time was great all the same from the looks of those photos!!! :)