HARLEY MARIE AND BACK SURGERY 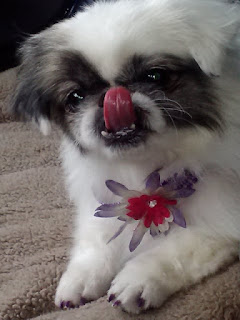 Harley Marie was my foster girl in 2013.  She was a tiny one, and so beautiful.
(People ask me how I can foster and then give them up-- it's what foster parents do.  If we didn't, we could not continue to foster.) 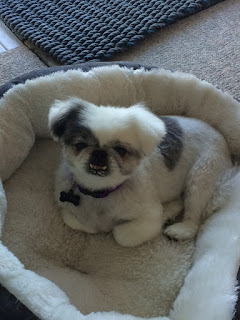 Her mom came to my house and was going to choose another, but Harley Marie stole her heart.  (Her mom had actually said, "I think I'll adopt this one-- and it wasn't Harley.  Harley dropped her head down as if she was dejected and that did it!   She was adopted!) 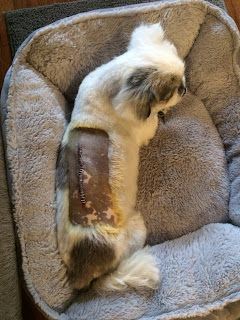 Harley Marie just had back surgery.   She had 7 herniated discs, and could not use her back legs. 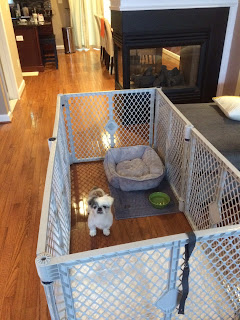 Tests showed she had chronic disc disease, and something triggered it and she lost use of her back legs.  Pekingese have back issues, and disc disease is one of the top things that can happen.  Sometimes, playpen rest can help heal the damage.  This happened with Starlight-- she rested for 6 weeks and her back issues were completely resolved.   But, it doesn't always happen.   For Harley Marie, she needed surgery. 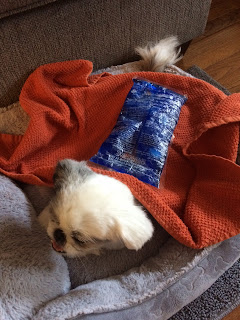 She had surgery and is doing well.  Her back was iced several times a day at first.   The surgery said hers was one of the worst spines she had ever seen. 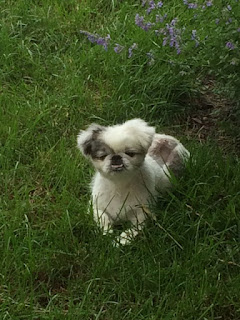 Harley Marie is acting like nothing happened now.   She even tried to go up the stairs, which is why she is in a play area if her mom isn't around.   Little Miss Independent!  😊 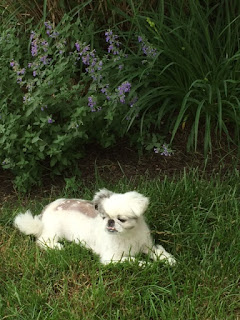 She will see her surgeon again in a few weeks.  She is doing incredibly well and I'm so glad for that.  She's a precious, sweet Peke.   And I hope she had a long life in front of her.  I know her mom loves her so much-- and Harley Marie loves her right back.
💗
Posted by Linda at 12:30 AM

Coco has back issues and we had to crate her for 6 weeks. It did help but I never let her jump on chairs or up stairs etc.
I hope Harley Marie continues to get better and better.

omgggggg I love your blog soooooo much! thank you for all you do for pekingese. please follow me on instagram

such a beautiful pekingese
may god bless you and your peke endeavors !