ABNER AND THE PICNIC

Abner was my foster puppy (yes, 6 months old) in February of 2013.   Who could have guessed he would become such a star! 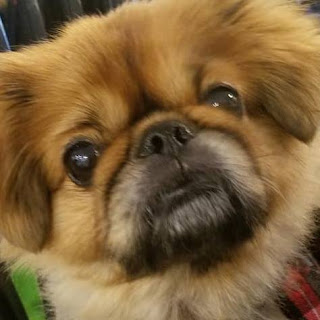 He had several eye surgeries with me, and more with his new mom and dad. 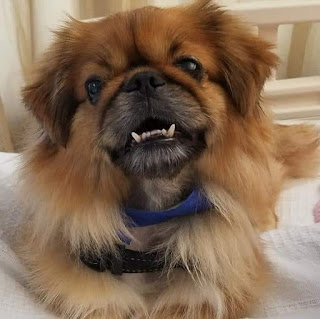 He is the sweetest dog.   He became a therapy dog in New York and does an amazing job. 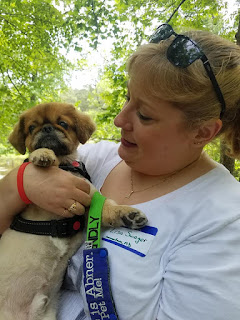 He came all the way to Richmond, VA for our annual Peke picnic.   He is great with everyone and all  the dogs who were there. 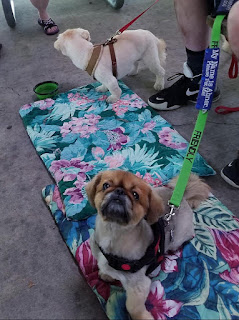 He is quite photogenic! 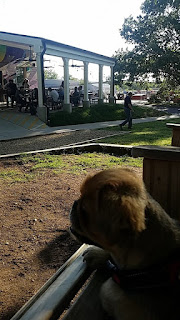 It was so great to see him and then, he had to return home.  He had work to do. 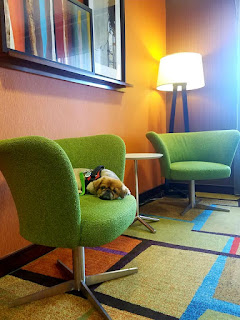 He was tired, so he took a break at the hotel. 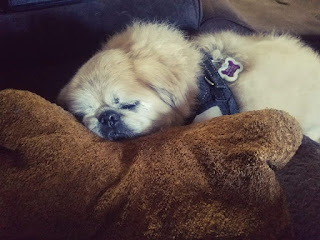 His brother, Brody, was exhausted, but he slept in the car. 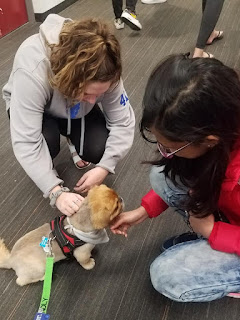 Abner goes to hospitals, to the airport-- all to help people feel better.  But, he had a big job when he got home.  He had to help college students who were going through exam week. 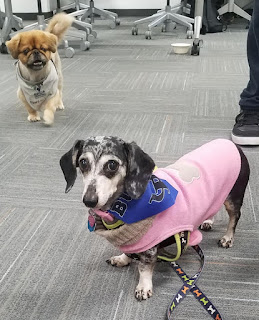 He wanted to calm their nervous spirits as they studied and took their tests.  His friend helped him. 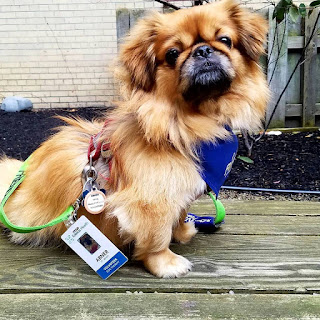 He is such a wonderful Peke-- 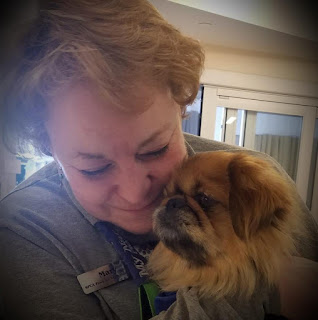 And his mom just adores him!   I'm so glad he was adopted by them.  It couldn't have been better.
Posted by Linda at 12:30 AM

Abner is such a pretty guy and .. so busy!

Love the happy adoption stories and Abner is a special little guy to me. He's saving the world one or a dozen people all at the same time.

My husband spent his last days in ICU at Buffalo General Hospital last October. One day he really perked up - it was the day that Abner paid a visit! Abner sat on his legs and let my husband pet him and talk to him. We have a Shih Tzu at home and Abner was really what he needed at that time. A big thank you to Abner and his Mom for making Mark smile for awhile.