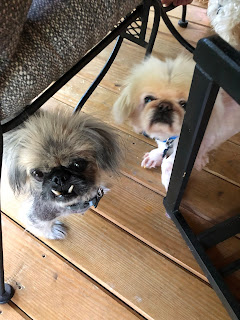 Petey's journey continued this week.  He had been with me awhile and did so well. 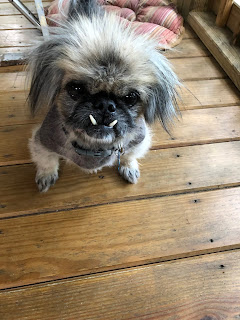 Mizmo said, "Where did he go?" 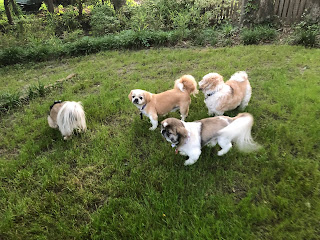 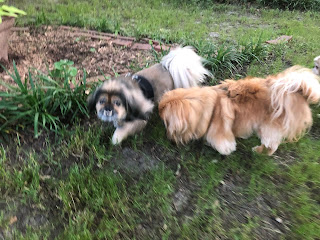 Monk and Paddington were checking out each other. 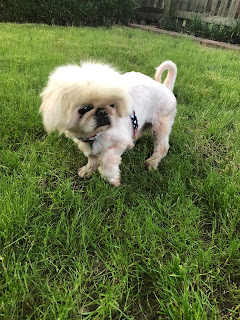 Petey was just hanging out. 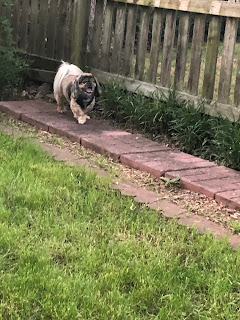 Monk was strolling on the old Pekingese Pathway.   How many Pekes (and Bits) have used that walkway. 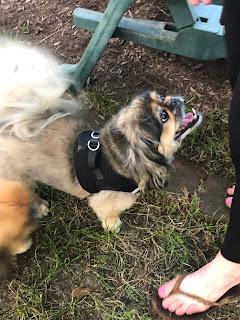 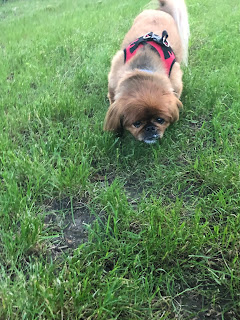 Nippy checked out the dog scents in the yard. 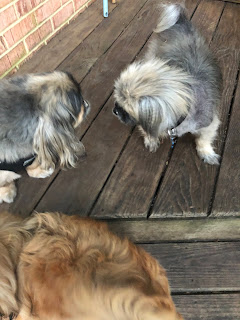 Mizmo wondered who all the dogs were. 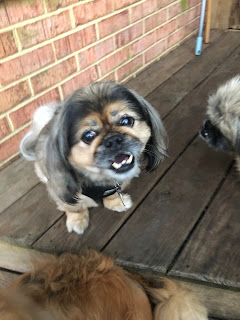 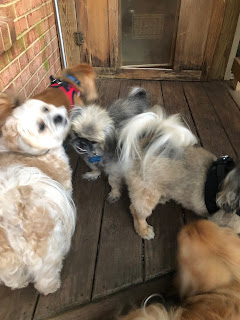 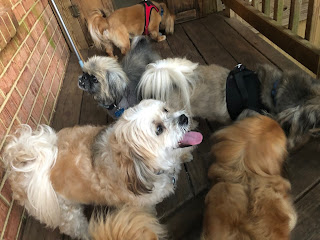 How many Pekes can fit on one landing. 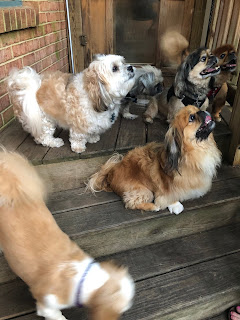 What did they see?  I have no idea! 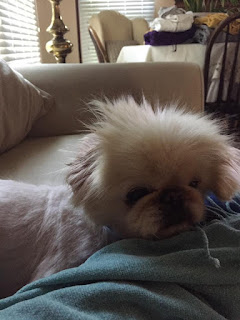 Petey arrived back at his original foster home. 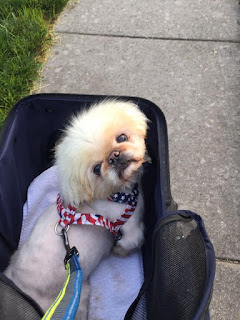 He's doing just fine-- and he went on a walk, in his own stroller. 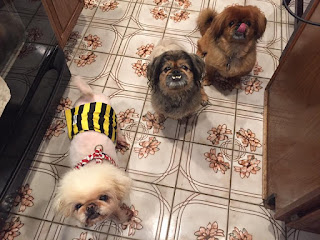 Georgia is going to check on getting him a front wheel cart to see if that helps him.  For now, he's doing just fine, with Monk and Nippy to show him the way.   ❤️
Posted by Linda at 12:30 AM

oh boy..... everywhere you looked there was a Peke! LOL

So glad to hear Petey is going well. :)

So many lucky Peke babies coming and going. Bye Mr. Petey, we'll watch for updates on you and your travels. You're an inspiration for human and dog alike.