ABBEY THE PEKE COMES TO VISIT 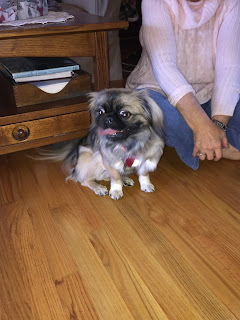 Abbey belongs to a friend of mine, and they came to visit yesterday. 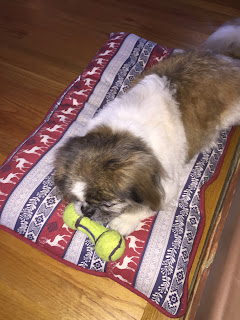 Chumley paid no attention to her, he just wanted his ball. 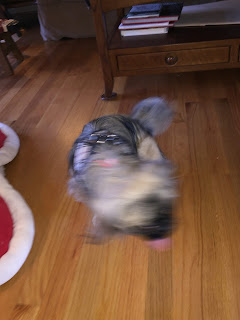 Abbey was fast-- can you tell! 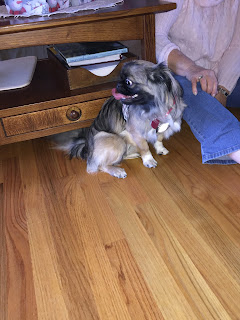 She was very interested in exploring and see what all the dogs were doing. 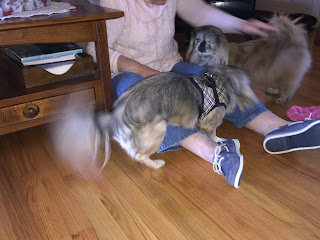 Max went to Abbey's mom, Diane, to get some attention.  Abbey had to check it out. 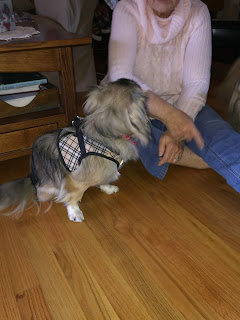 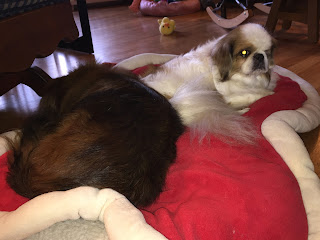 As usual, Kai Kai and Floyd were on their Christmas bed.  They love to curl up together.  Kai Kai is blind, Floyd is deaf.... I kiddingly say, "together, they make one good dog."   Kidding keeps the stress low. 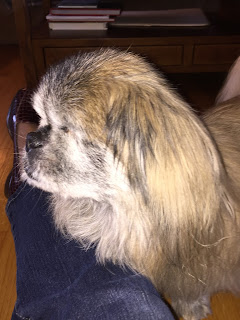 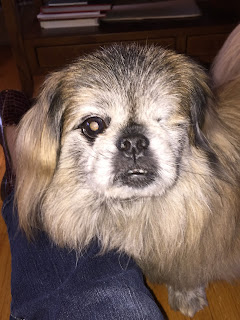 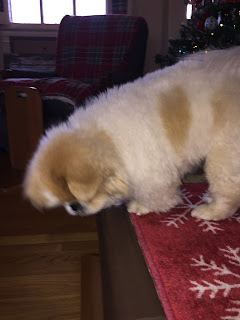 Starlight got on the fireplace ledge-- it's a long way down there!  Must be ten inches. 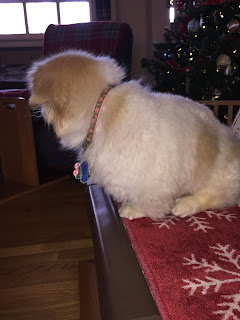 She just sat up there, keeping an eye on Abbey. 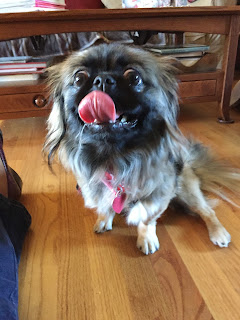 Abbey was having so much fun-- but I bet she slept once she got home. 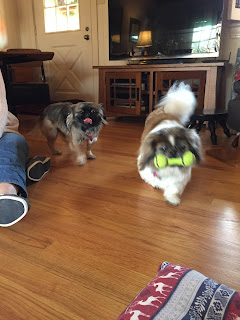 Chumley just carried his toy to have me throw it again.  Abbey kept watching. 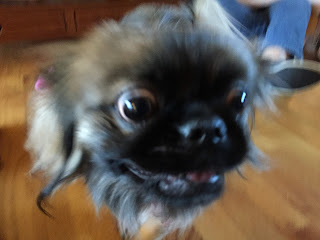 And watching.  Abbey will get used to mine more because she is coming to visit.  Her mom is having surgery, so she's going to have some play time here for several days.   She's very sweet and I think she'll have a great time.  It's Camp Runamuck for Pekes that week! 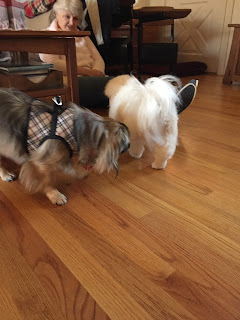 Starlight went over to Diane-- but no touching!   She was just curious, but still hand-shy. 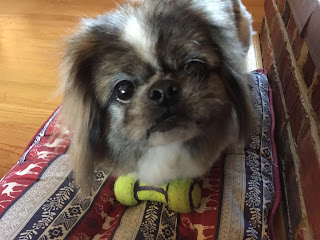 And Chumley just kept waiting to run after his ball again. 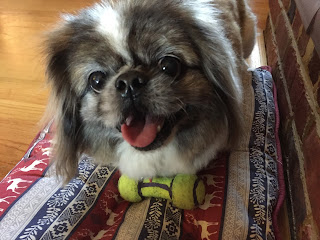