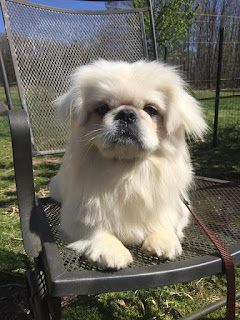 Granger aka Granger Danger (formerly Digger) was adopted by my daughter.  He is always getting on top of things.   (It sounds like our foster, Bradley!) 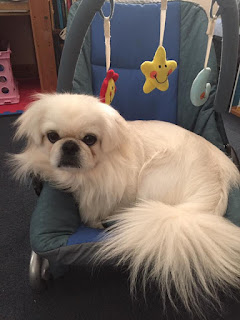 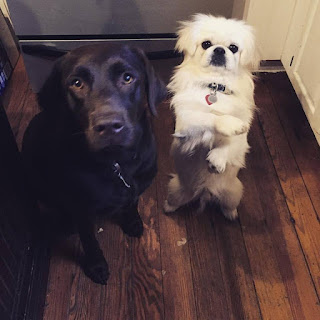 Granger can sit like a groundhog-- his sister is Gigi. 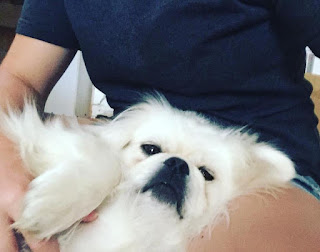 Granger is a very loved dog.   He lives with Gigi, and Pi (who is about 15 and still loves to play).   But, Granger is now called "The Chosen One."  I think this picture totally explains that! 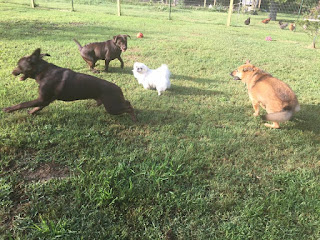 They have a visitor, name Remy, who loves to play with them all.   They are all having a great time!! 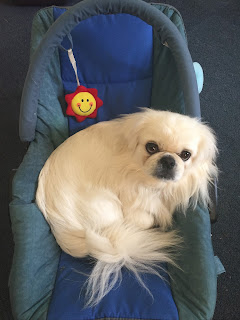 After all that playing, Granger is a tired boy! 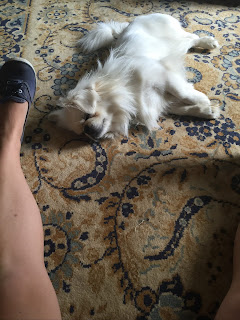 On Saturday, he wanted a tummy rub.   He came across the room to my daughter and almost made it!  That last bit was too much and he "collapsed from the effort of walking most of the way across the room." (my daughter's words)   Yes, Granger, you are rotten-- the Chosen One!!
Posted by Linda at 12:30 AM

That Granger could be the brother of Bradley ... so similar !!!