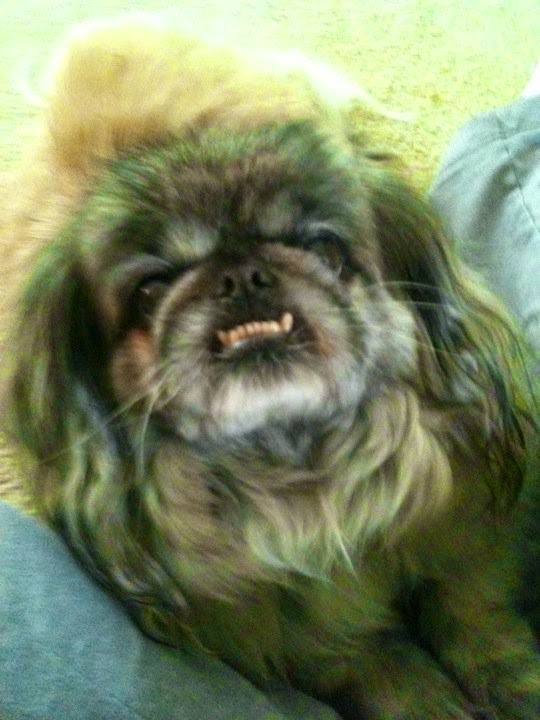 I began doing rescue with PVPC in 2003-- 12 years ago next month.    It was the month I became a grandmom for the first time.    I had applied to be a foster mom and received a call about a little boy who needed a foster home.    His name was Cosmo.  Look at those teeth! 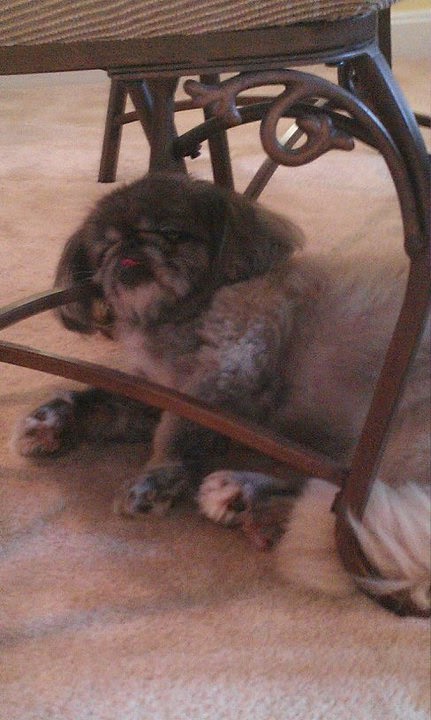 Cosmo was a youngster and has the most adorable under-bite.    I had him for a month before he was adopted by Jim and Marian. 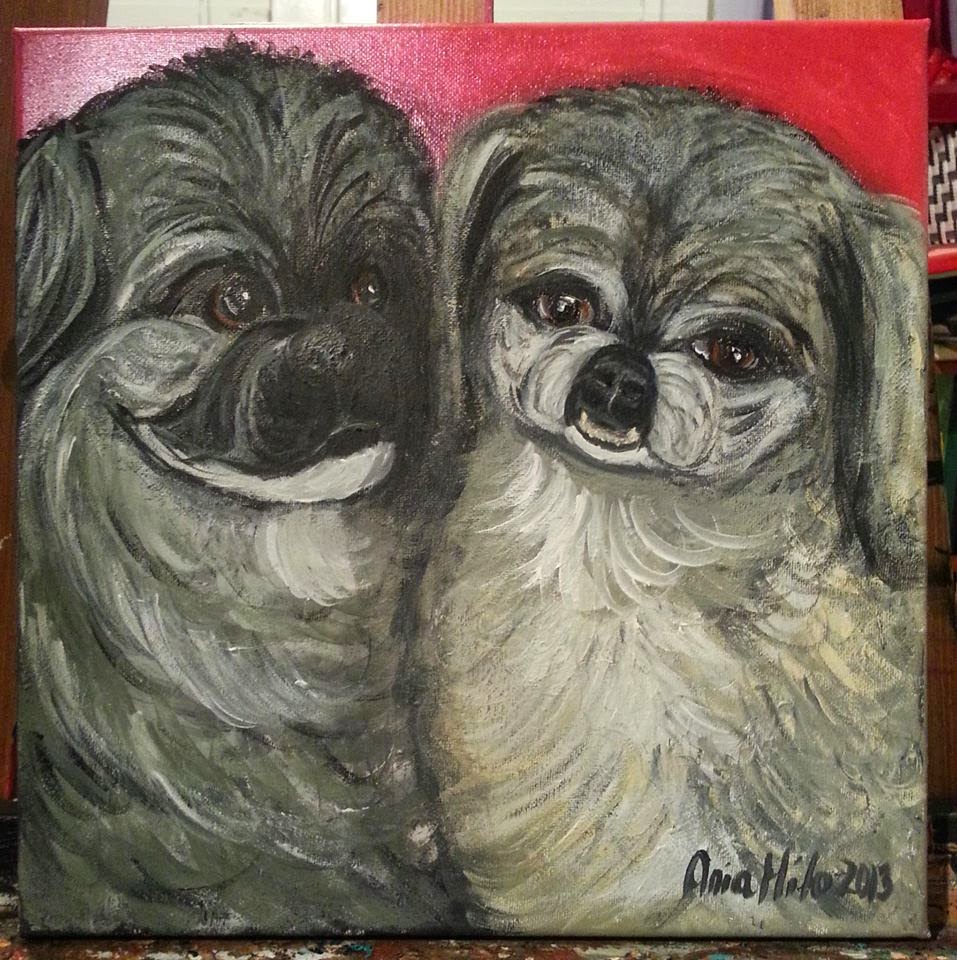 They already had Winston and these two became fast friends.   They even had a painting done of them by Ania of Ania Milo Fine Art and Pet Portraits.     She is one of our facebook friends and she loves Pekes! 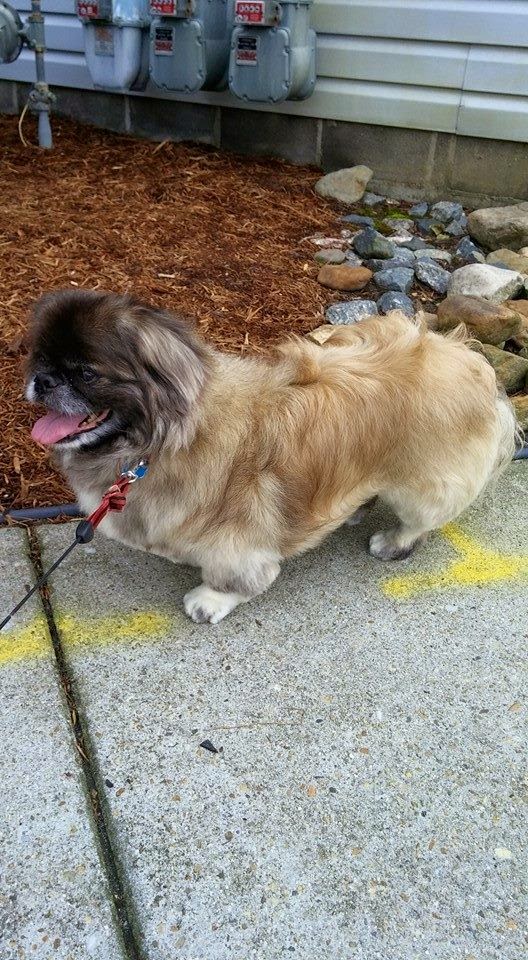 The "boys" live near the beach now and love going for strolls there. 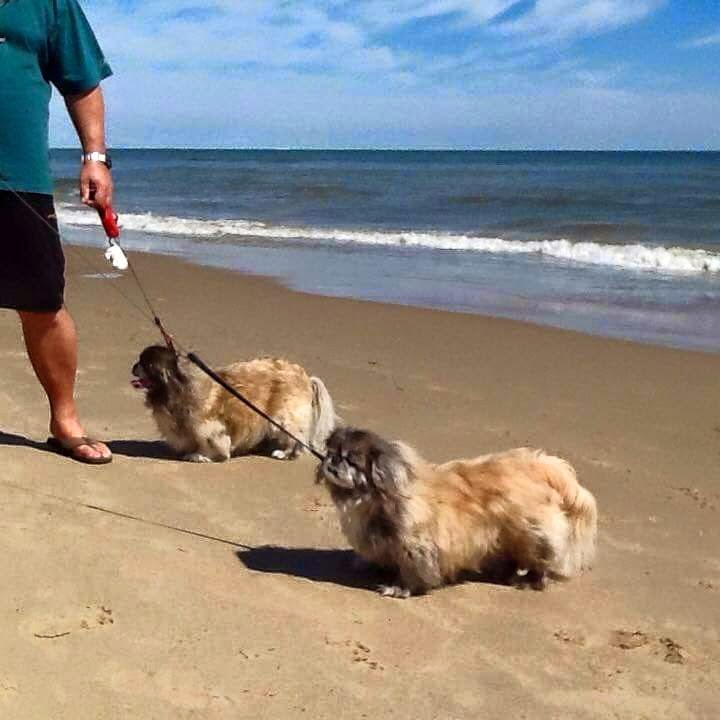 I love that I have been able to be friends with Cosmo's parents-- he was my first foster and he will always be so special.    Many have come and gone since Cosmo was here, but none will ever take his place as my "FIRST" who began me on this journey of helping Pekes.  Love you, Cosmo!!
Posted by Linda at 1:00 AM

I love that photo on the beach!!!