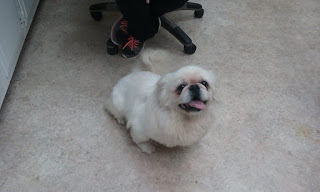 Kacey came to us several weeks ago from an animal control in Virginia. 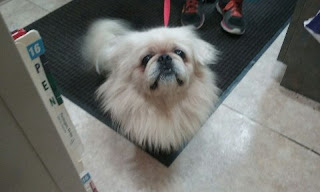 Three Pekes were turned into the shelter because the owners (back yard breeders)  were over the limit-- there were supposed to be more turned in, but we only received 3 of them.  I'm concerned about what happened to the rest of them.  That's part of rescue, though.   We can only save those brought into our care and pray for the rest of them. 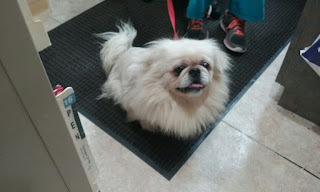 All three are sweet dogs-- Tink and Digger were the others.    Kacey has a bad knee, so he needs surgery for that before he is adopted. 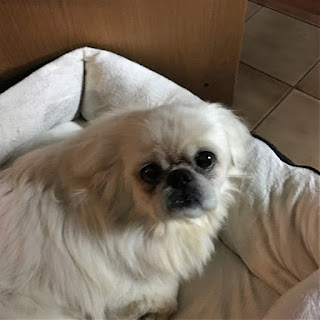 He received a special bed from Patricia, who has donated beds to so many of our fosters.  We have the best friendships among our friends and supporters! 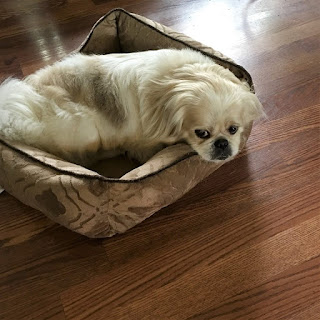 Melrose/Mel was adopted from us and he and Kacey had quite an adventure the other day.   One of them somehow pushed a fence plank out and they took themselves out on a merry adventure.   They were found quickly, but it shows how important it is to have tags on them all the time..  All our fosters have been microchipped, so that is another way we can be notified.   I have found dogs, though, and if they have a tag on, I can quickly let the owner know where they are. 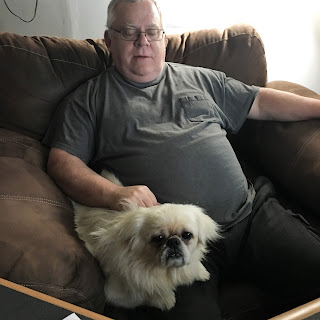 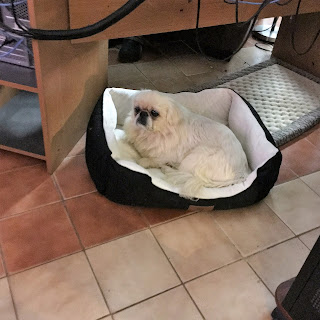 He has settled into his foster home and will be ready for adoption soon. 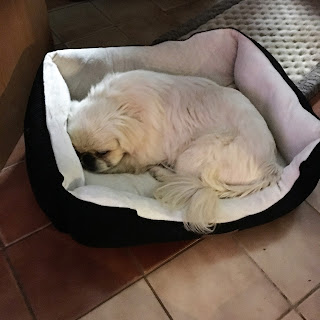 My first Peke was "big" and I think they have the better health.