PENNY OF THE BRISTOL 18 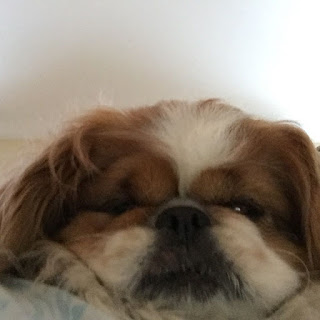 Penny (formerly Katrina) came to us in 201 when we took in what we began to call "The Bristol 18."  Here was a blog I did then:  Click here: Must Love Pekes: KATRINA AND JU LI 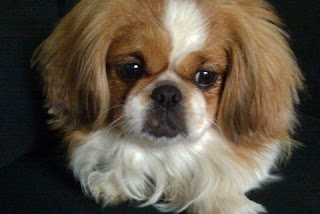 She was one of the last ones we got in this group and she was young, so not in as bad of shape as the rest we took in from that back yard breeder.  She was timid, but she was fairly healthy. 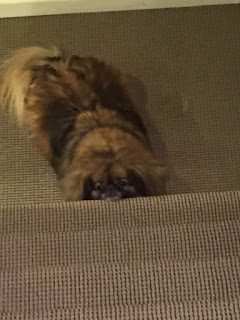 She was adopted several months after we got her and she went to live in Maryland.   This is her brother, Jay, who was also adopted from us (a foster failure). 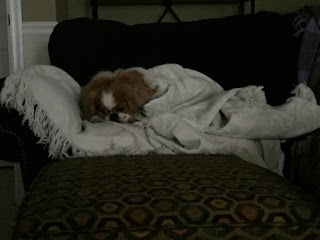 She is probably about 8 years old now, and has a wonderful life with her mom, Phyllis.  It is so good to see rescues we have had and to be able to follow their progress after they have been adopted. 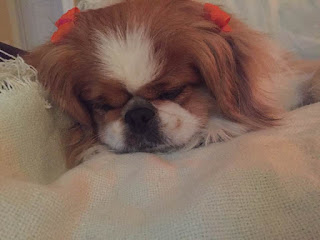 Penny is definitely a pampered girl, living the life she was meant to have!
Posted by Linda at 12:30 AM