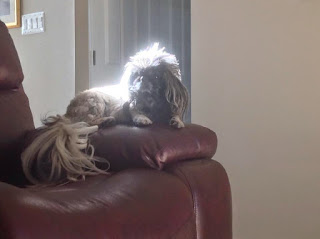 Gimmie came into rescue with his brother, Bear Bear/Bernard, in March 2013. 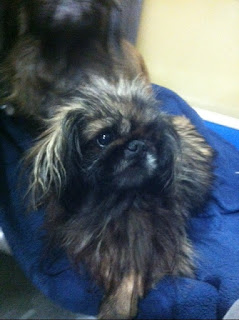 He was in very rough shape at the shelter. 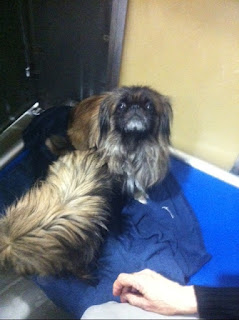 His brother and Gimmie were turned in because their "owner went into a nursing home."   They were both very neglected.    Gimmie reacted badly to the neutering done at the shelter, and had a hard time waking up,   He spent time at my vet, being monitored and given special care.    He had medical issues that needed a lot of help. 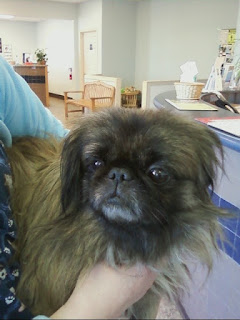 His brother was bigger and healthier, and both were very sweet dogs.    Bear Bear was about 13 pounds, but Gimmie was barely over 8 pounds. 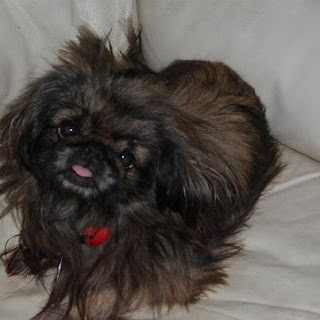 Gimmie looked and felt so much better with care and love. 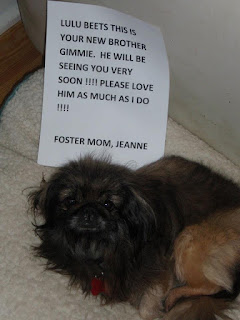 He had someone who wanted him!   She knew he would need special care, but that was fine.  This little boy stole a lot of hearts. 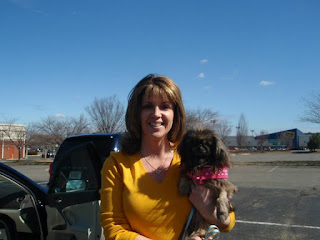 Leslie adopted him and took him home.  It was the beginning of a new life for him. 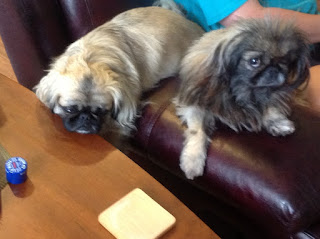 He met his new sister, Lulu Belle and that was a look he gave her!   They soon became best friends. 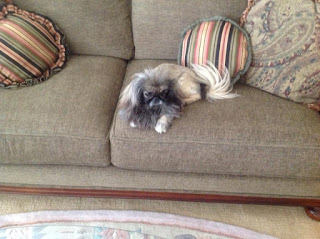 Gimmie had all the love and care he could get with Leslie.  She absolutely adored him. 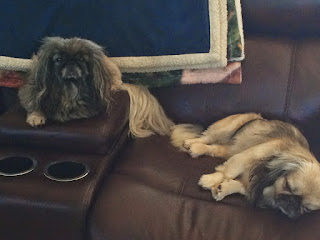 Gimmie's sister, Lulu Belle, died suddenly in August of 2013 from a snake bite.   His mom adopted one of our puppies later, and named her Jazzy-Girl. 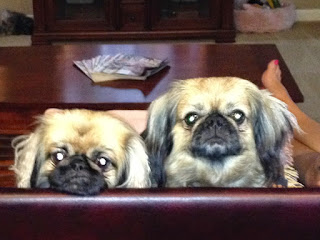 Later, Hadley was added to their happy family-- he totally knew that Gimmie was in control. 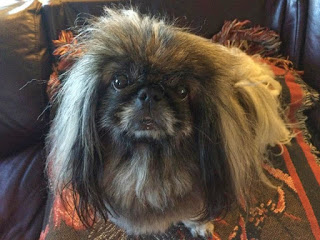 Gimmie was with his family for 3 years and was given all the care and love he could get.   But, his kidney problems got worse and his body finally couldn't fight it any more.    I'm so very sorry for his his mom, Leslie.    Many of us fell in love with Gimmie, but he took part of her heart when he left today.   I'm sure Lulu Belle was there to meet him. 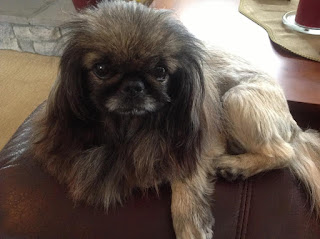 Run free now, little one.  You will be greatly missed.
Posted by Linda at 8:41 PM

RIP beautiful Gimmie. You know love and a degree of good health before crossing the bridge.

Gimmie had a wonderful 3 years and he was loved and he gave love too.
I am so sorry for your loss.