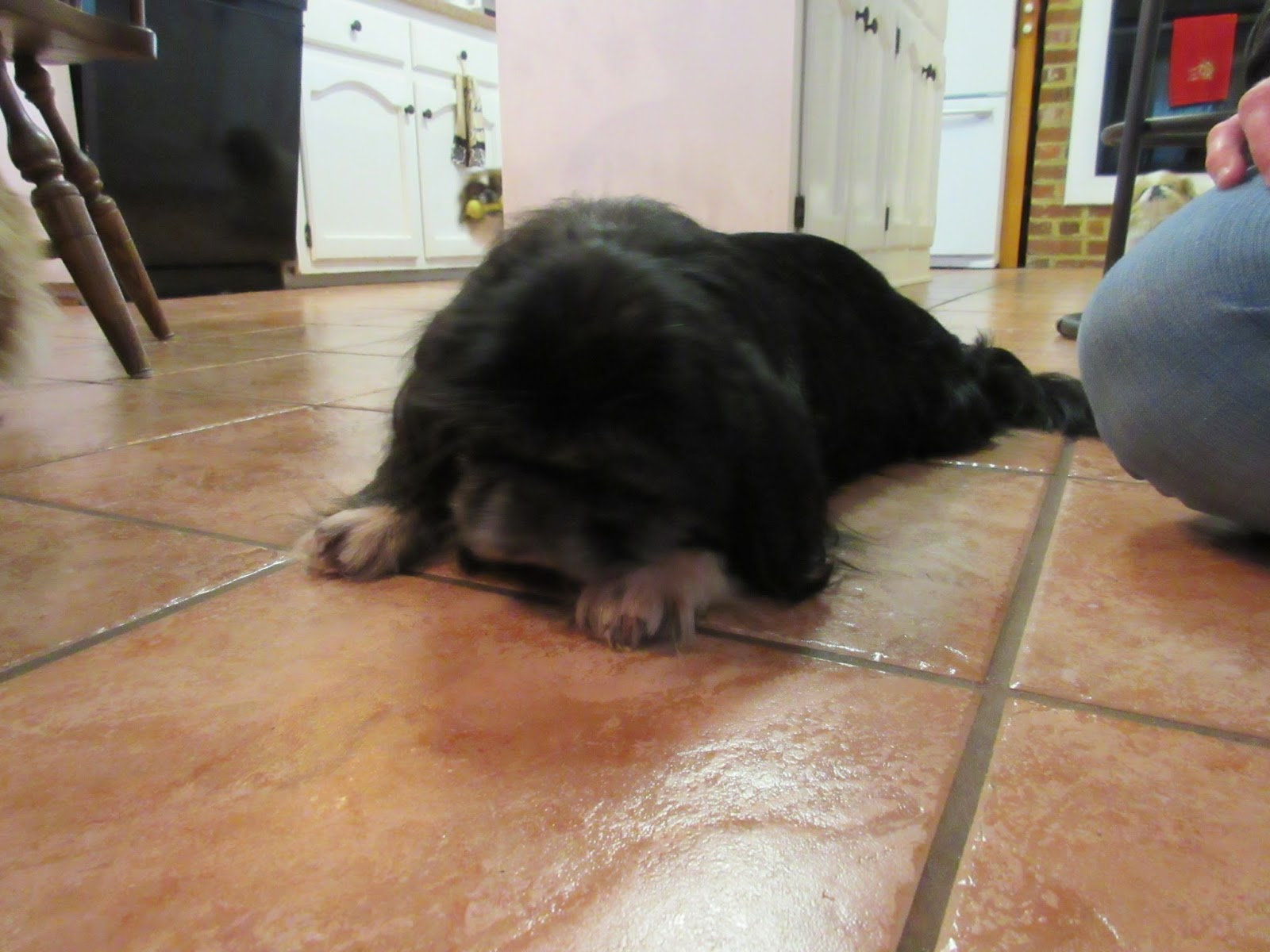 Crunch and his sister, Oreo, came into rescue in 2013.   They were old-- 14!   One of our fosters said they could come have hospice care with her. 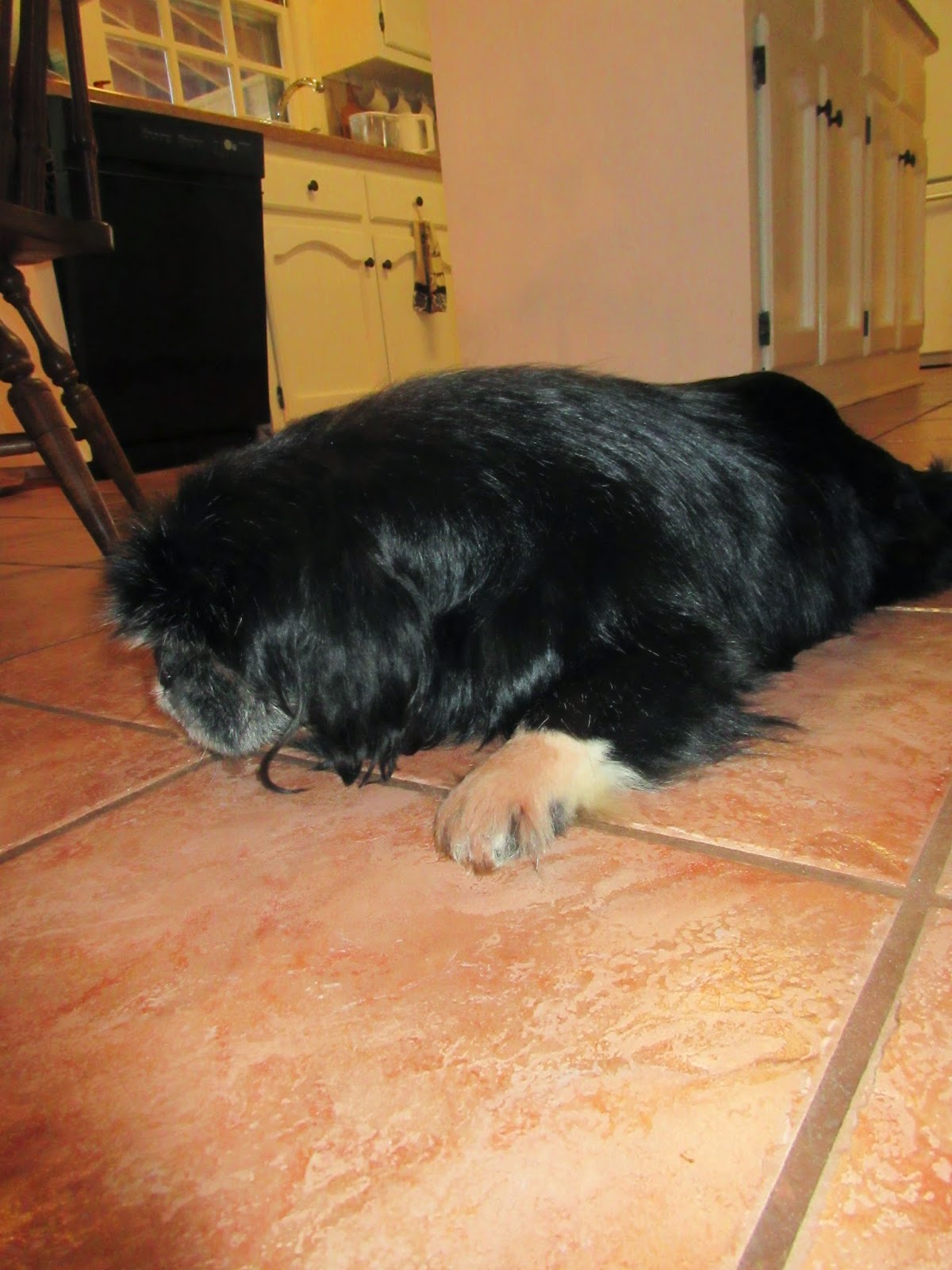 Oreo died about 6 months later of heart issues, but Crunch is still with us-- going on 16 now. 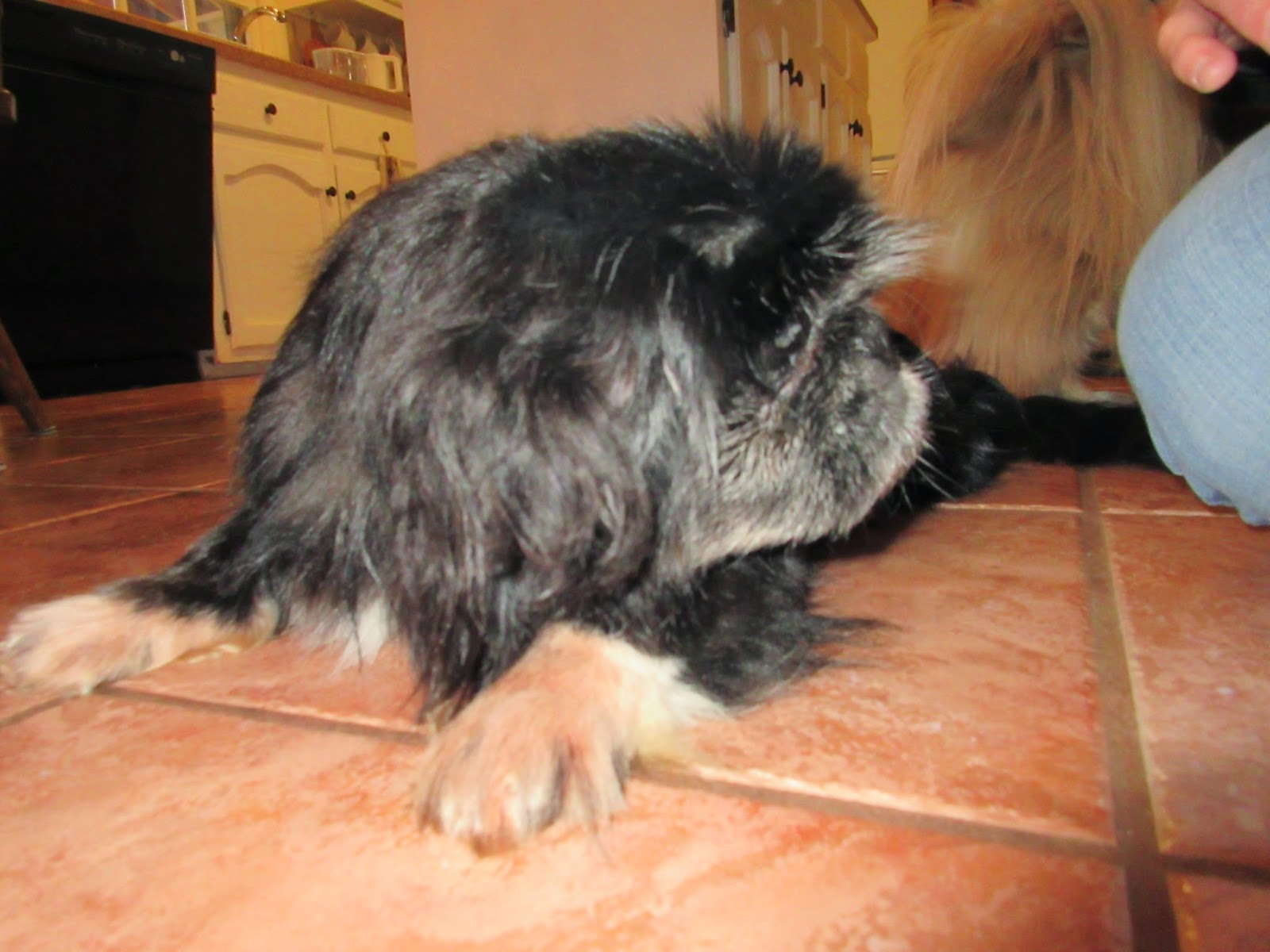 He is definitely an old boy, he doesn't have as much mobility, but his foster mom adores him and takes great care of him. 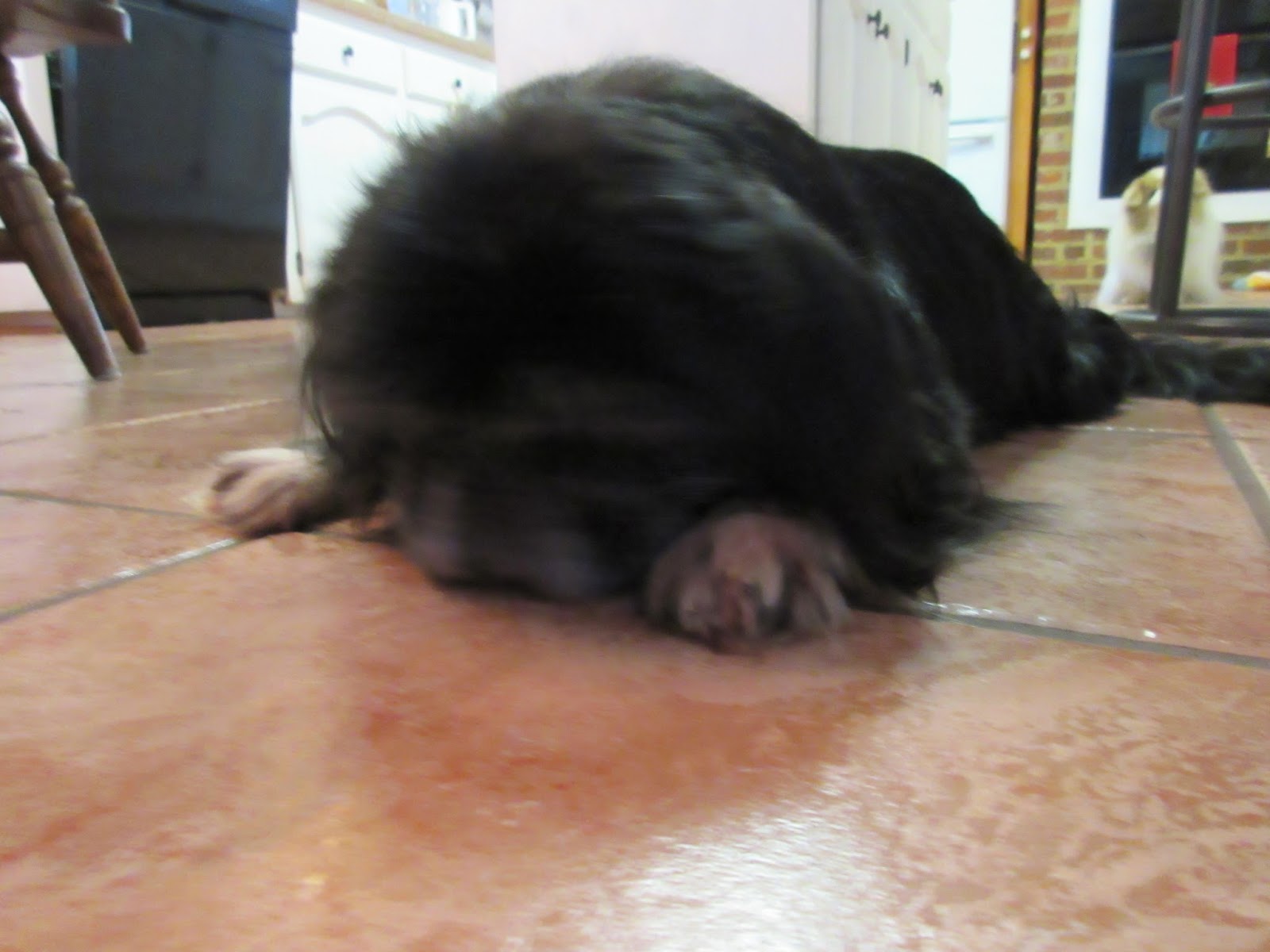 She stopped by the other day, so we could visit.  Crunch's coat was so soft and shiny-- I was amazed since he is so old. 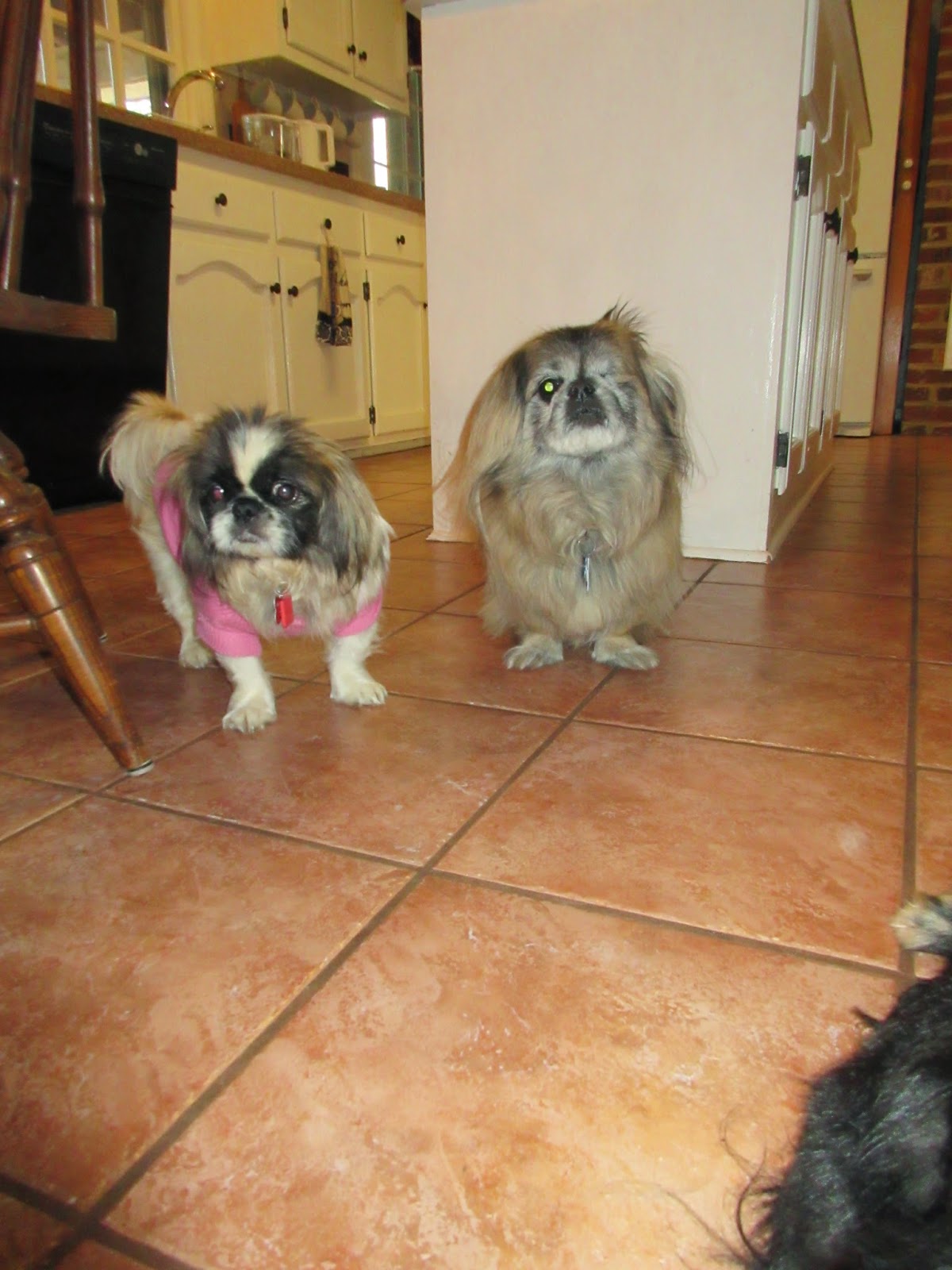 Lexie and Max were checking him out. 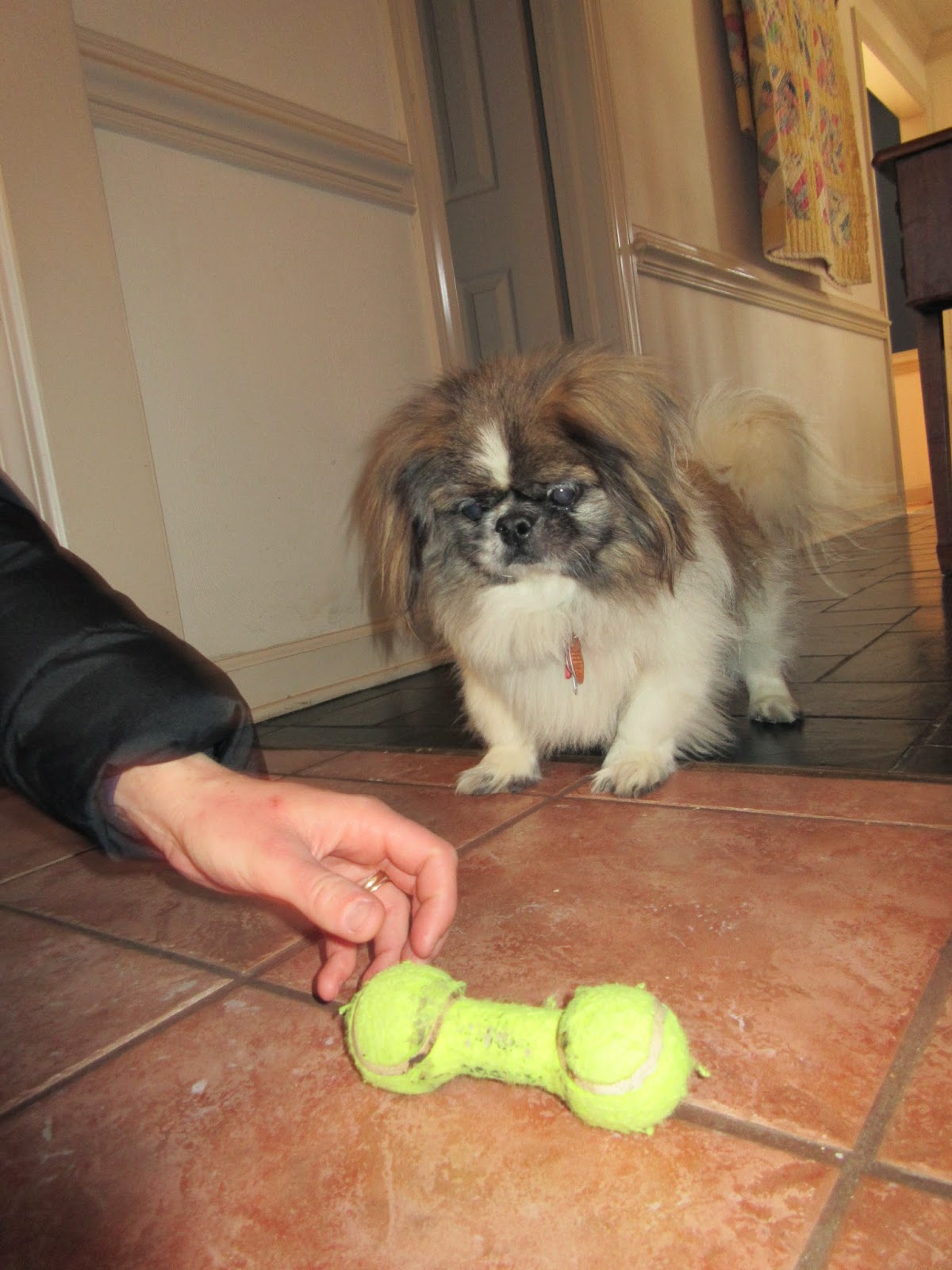 Chumley didn't care a bit that Crunch was here-- he just wanted Tiffany to throw his toy. 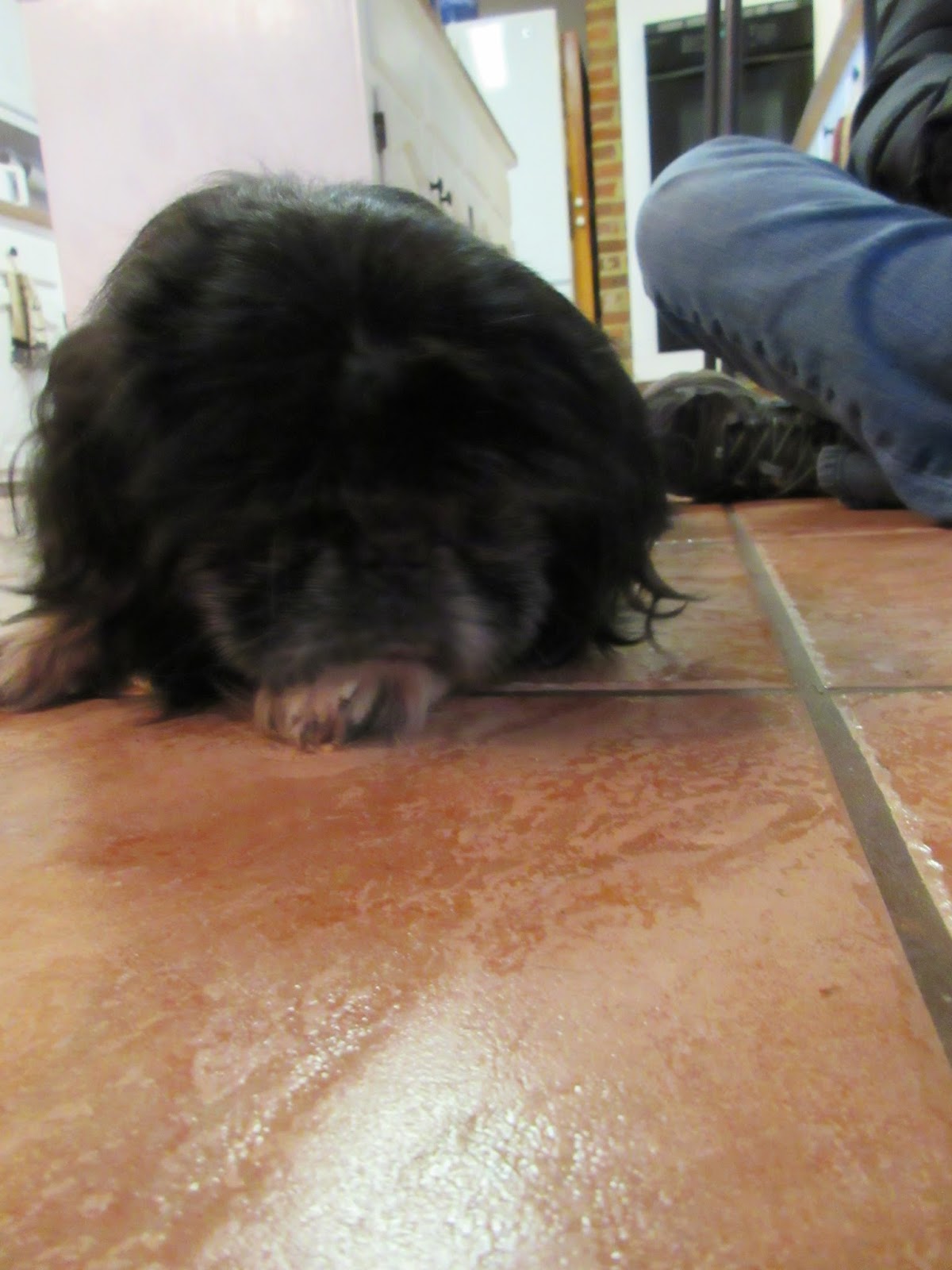 Crunch wasn't phased by my crew either.   He just enjoyed the back rubs he was getting. 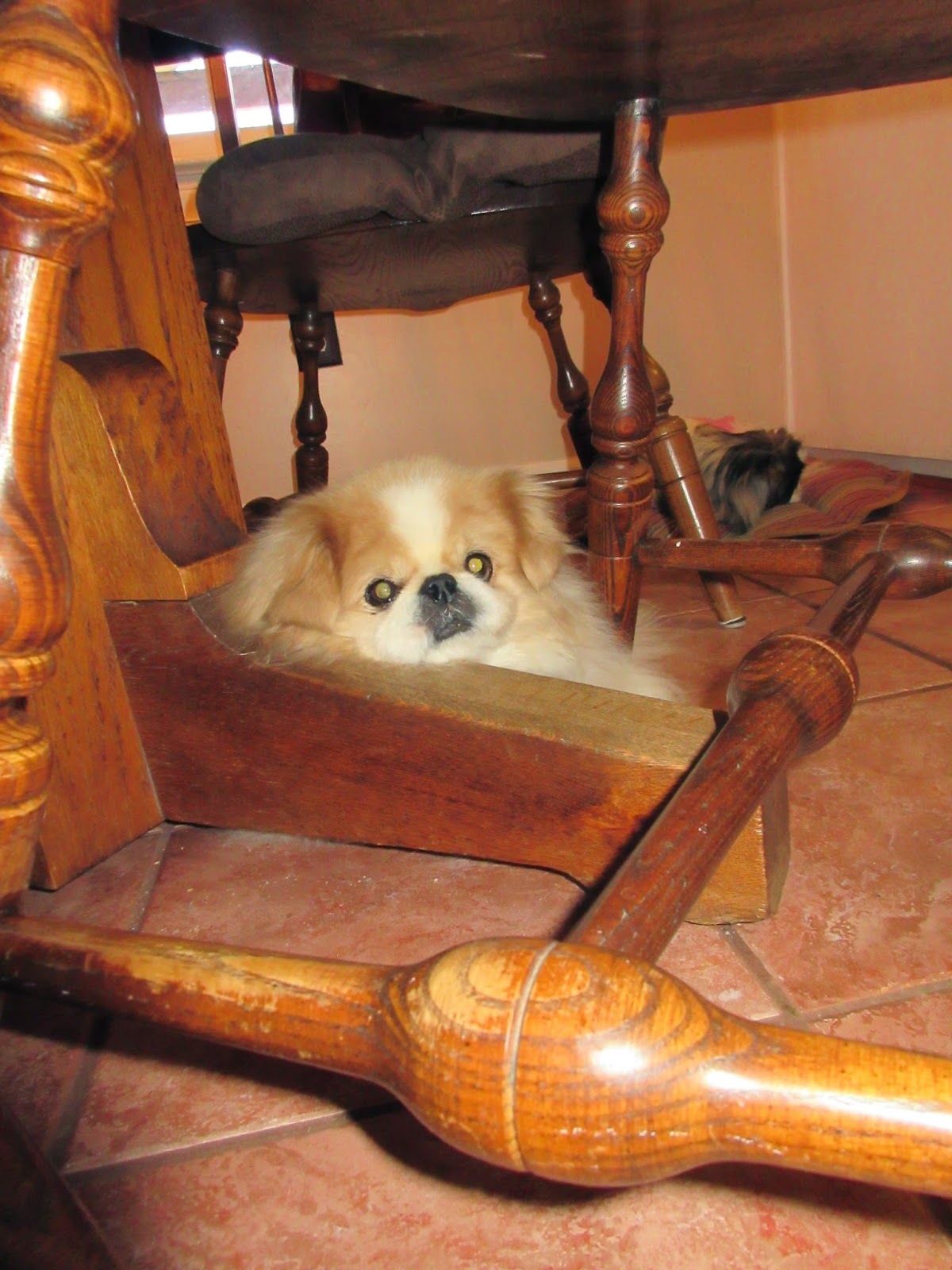 Starlight-- after being her cujo self-- found a spot under the table  where she could watch all of us. 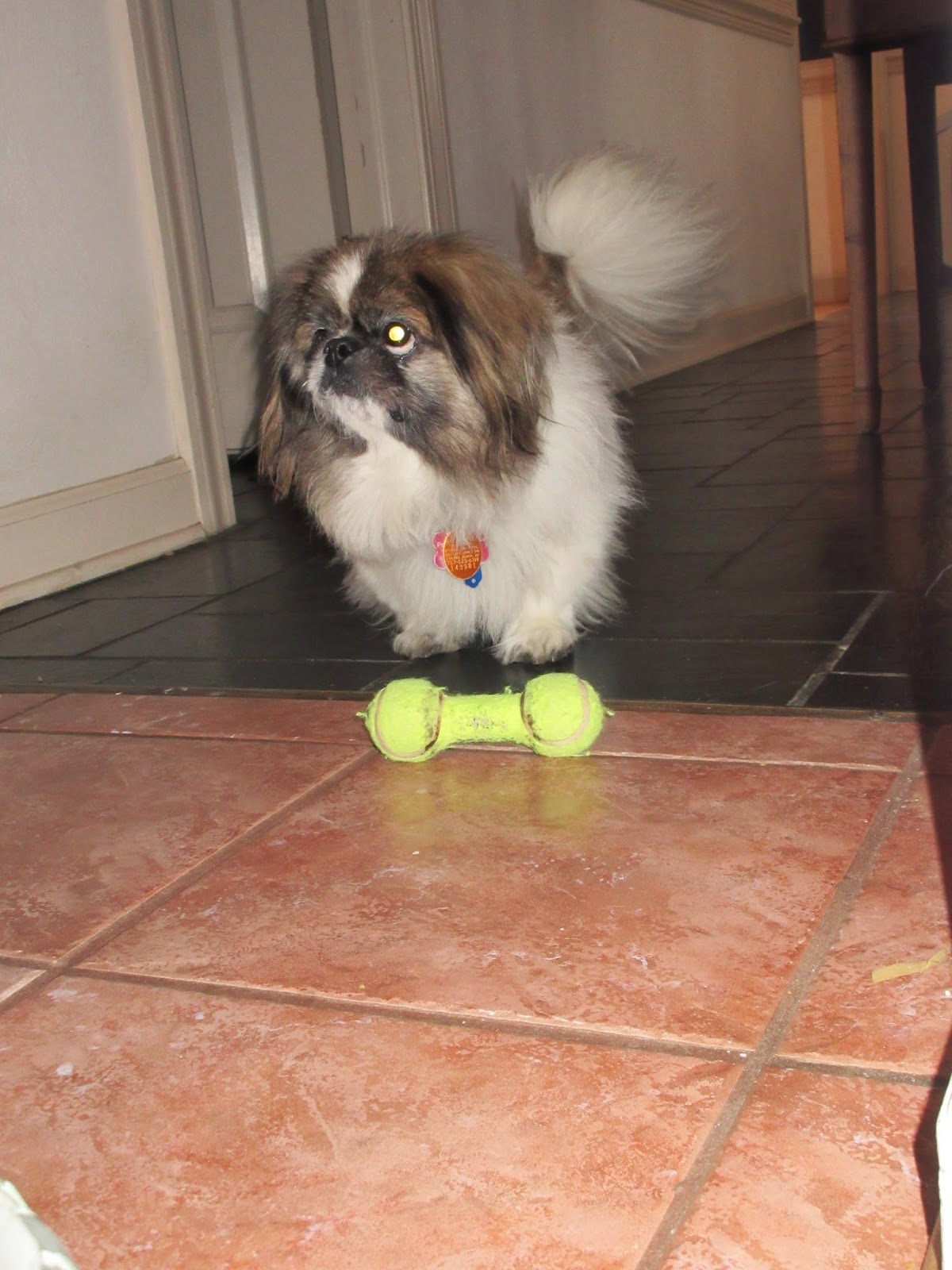 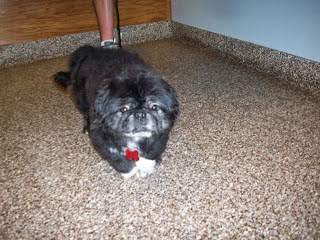 Crunch, when he came into rescue, was content to just hang out. 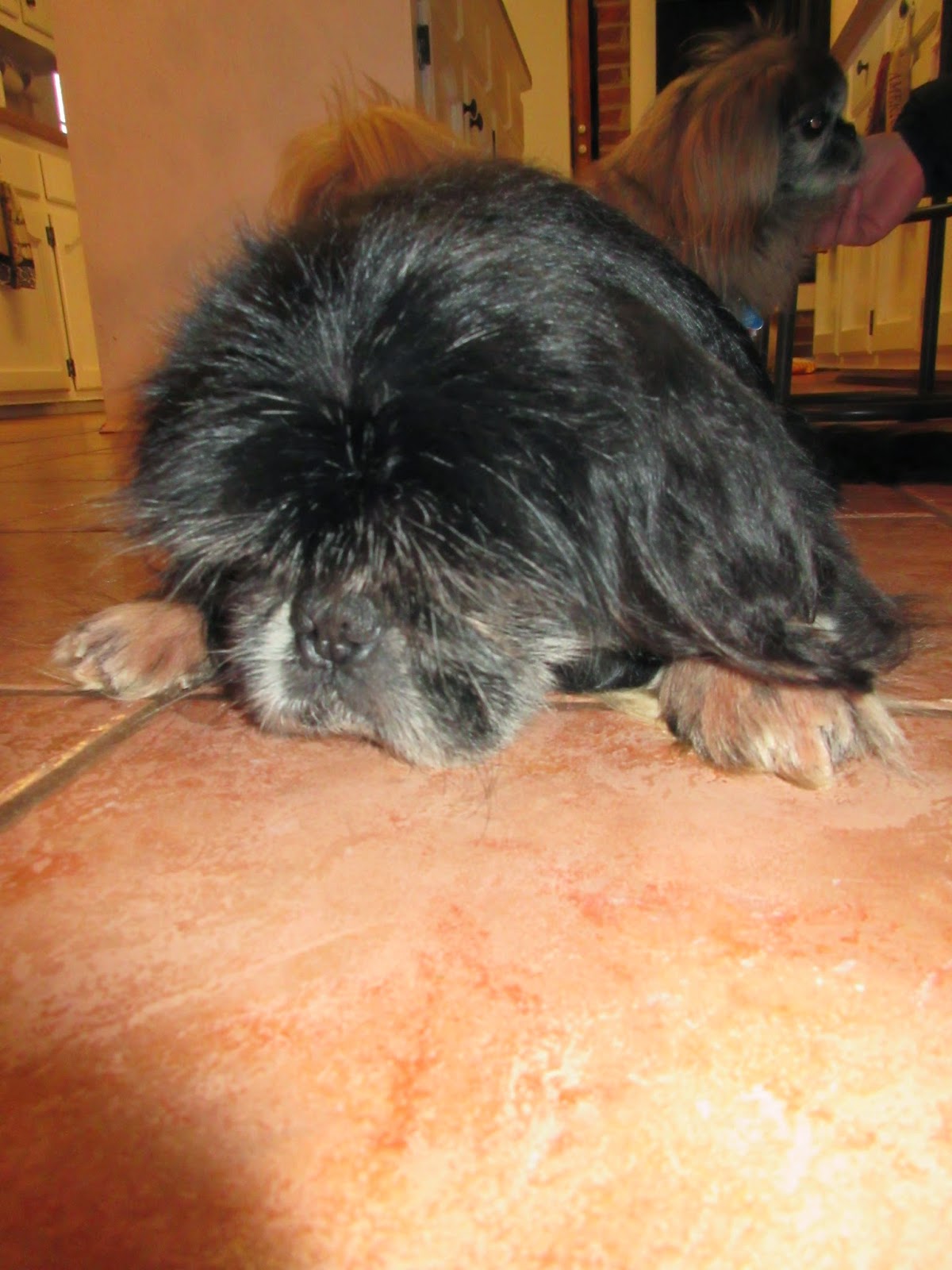 He's a sweet little boy.    Many rescues will not help the older ones, but we think they are important, too.    We have a heart for the older ones.
Posted by Linda at 1:00 AM